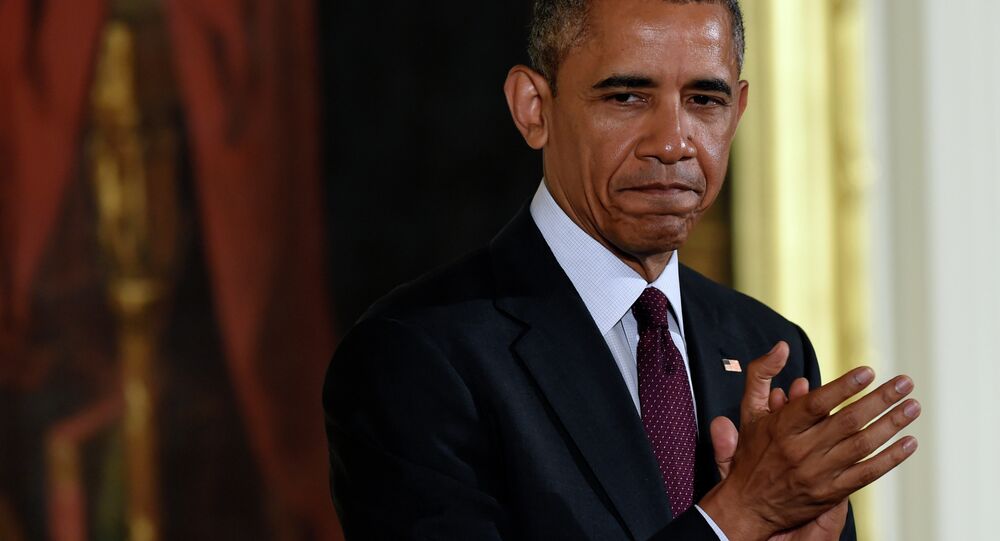 During a news briefing, President Barack Obama had some strong words of encouragement for himself: now that former president Bush is gone, the world loves America again! Of course, when you actually survey global citizens, the US is still far from being the most respected nation on Earth.

During the Bush years, America’s global popularity took a tumble. According to Pew Research numbers, the US was ranked fairly favorable in 2000, but began to decline every year until 2008. In 2000, 93% of British citizens polled viewed the US positively. Eight years later, that percentage dropped to 53%. German disillusionment was even worse. Beginning with 78% favorability in 2000, only 31% Germans felt the same way by 2008.

© AP Photo / Michael Kappeler
Did He Really Just Do That? Obama Accused of 'Manspreading' for Merkel

Dragging an international coalition into two foreign wars will do that.

But now that the new administration is in charge, all is evidently forgiven. That’s what President Obama thinks, at least.

"…Today, once again, the United States is the most respected country on Earth," he said during a news briefing last week. "Part of that, I think, is the work that we did to reengage the world, and that ‘We want to work with you as partners, with mutual interest and mutual respect."

Which is all well and good, until you look at the figures for last year.

For the last five years, the Reputation Institute has conducted global surveys, polling thousands, to determine what it calls "The World’s Most Reputable Countries." This year’s frontrunner: Switzerland. Beautiful, neutral Switzerland.

So right off the bat, Obama’s estimations don’t add up. Though, in fairness, second place on the list is Canada, which is close to America, geographically.

Following the list down past Sweden, the Netherlands, Germany, Ireland, Japan, Portugal, Singapore, and others, we find the United States all the way at number 22.

The reason for that low ranking stems from attributes beliefs that the US doesn’t rank particularly high on the "high transparency and low corruption" scale. Other questions asked of surveyors include, "would you invest there?" "would you live there?" or even, "would you visit there?"

So, proven wrong on one count, President Obama. The United States is not, in fact, the most respected nation on Earth. It did, however, top a different list. A Gallup poll found that, out of 68 countries considered, the US was ranked the biggest threat to world peace in 2014.

Again, dragging an international coalition into two foreign wars will do that.

I Did Not Say That: Controversial Obama Remarks Weigh on Dollar, US Stocks