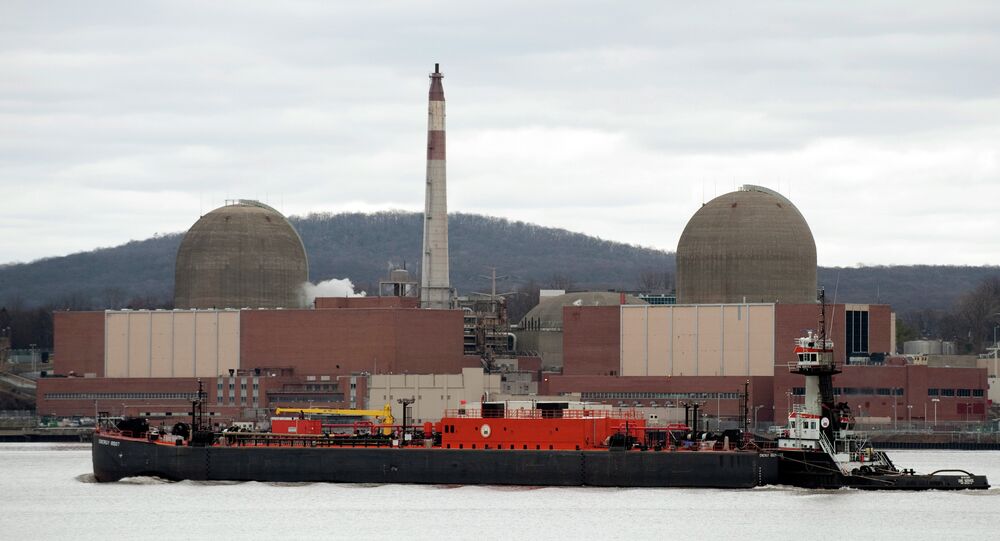 Unit 3 of Indian Point NPP was shut down on Saturday after a transformer exploded and caught fire. The explosion resulted in an oil spill from the damaged transformer.

The media outlet, citing the spokesman for the US Nuclear Regulatory Commission, explained that Entergy Corporation, which owns the facility, has environmental contractors at its disposal to do the clean-up. An earlier statement from Entergy said the fire had not caused any radiation leakages, and had not affected the plant’s workers or local residents.

Unit 3 of Indian Point NPP was shut down on Saturday after a transformer, located outside the nuclear zone of the plant, exploded and caught fire. The explosion resulted in an oil spill from the damaged transformer.

© AP Photo / Craig Ruttle
Environmental Activists Call to Close Indian Point Nuclear Power Plant
This is the third such incident since 2007 to happen at the Indian Point facility, located near to New York City. After the 2010 explosion of the main transformer for Unit 2 of Indian Point NPP, when oil also spilled into the Hudson River, Entergy agreed to pay a $1.2 million fine.

The facility produces enough electricity to satisfy 25 percent of the needs of New York City and Westchester County.