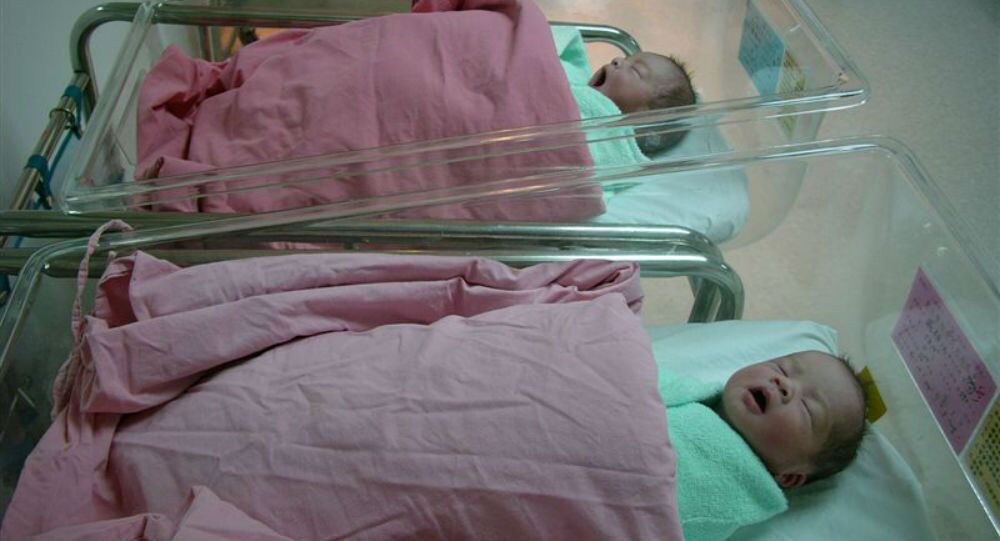 In just the third such court case in the country, a New Jersey judge ruled that a man fathered one twin, while another man is responsible for fathering the other twin.

A woman who gave birth to twin girls in January 2013 named a man, identified in court documents as “AS,” as the father when she applied for public assistance in Passaic County, the Star-Ledger reports.

A DNA test was conducted, however, after she acknowledged that she had had sex with another man within a week of her encounter with AS. The test revealed what the New York Times calls "a tangled web of love and biology."

AS had fertilized one egg with 99.9% certainty; the other egg was fertilized by the other man during the same menstrual cycle.

Judge Sohail Mohammed ruled AS must pay $28 a week in child support for only the child he fathered. Mohammed noted he found just two court cases related to the phenomenon, known as superfecundation, NBC New York reports.

But the case is not quite that rare. In a 1997 article, identity testing expert Karl-Hans Wurzinger, who testified in this case, put the number of reported paternity cases involving superfecundation at one in every 13,000.

The judge attributed the rise in such instances are on the rise to factors like promiscuity, medically stimulated ovulation, and reproductive technologies, such as a gay couple who both provide sperm and end up with twins.

The ruling is "novel in that I don't think this issue was on anyone's radar to even question a client about," says a family law expert with the New Jersey State Bar Association.