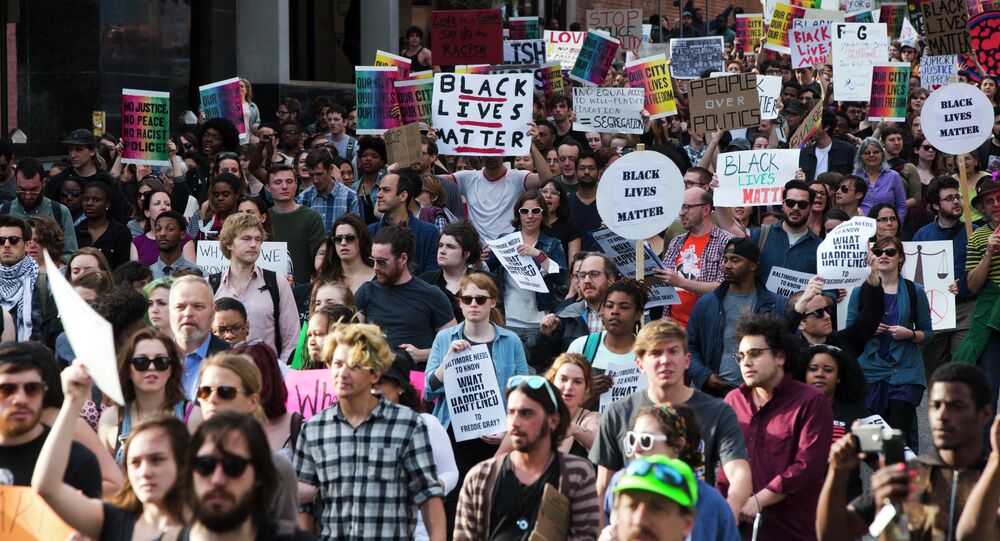 Massive Protests Shut Down Baltimore, Cities Across the US

More demonstrations erupted in Baltimore, as crowds on Wednesday evening continued to express frustration with police brutality. They were joined in solidarity by people in New York, Boston, Washington DC, and other major cities across the country.

Throughout the day, crowds in major US cities came out to demand justice for the death of Freddie Gray. In Baltimore, thousands of people attended peaceful marches throughout the city, shutting down major roadways while chanting "Indict, convict, send those killer cops to jail, the whole damn system is guilty as hell." Despite fears that the protests might turn violent in Baltimore, the situation remained peaceful as church and community leaders urged people to respect the 10pm curfew and refrain from provoking police. Meanwhile, in New York City, hundreds of people marched in solidarity with Baltimore and police arrested over 60 protesters as crowds blocked traffic. Solidarity protests also spread through Ferguson, site of the police shooting of Michael Brown last August, as well as Boston, Minneapolis, Indianapolis, and other major cities throughout the US.