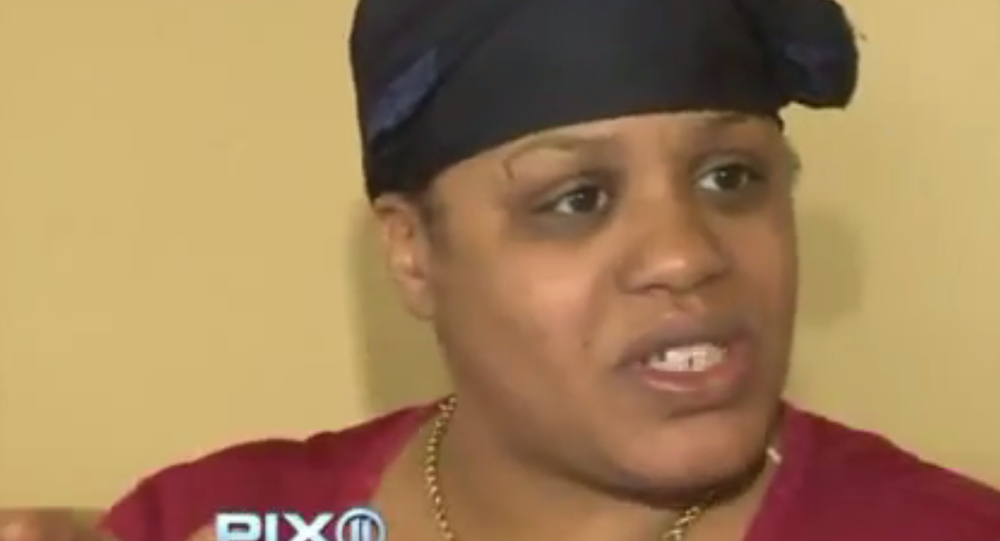 A woman who filmed the death of Eric Garner claims she’s being picked on by the New York Police Department.

Taisha Allen believes her connection to the Garner case has made her a target for police, presenting photos of bruises on her arms as proof that NYPD officers used excessive force when arresting her two weeks ago.

“He grabs me, throws me over the gate and beats me with the baton on my back.” she told WPIX TV.  “He drags me from the gate then took my arms and said stop resisting arrest.”

At the time of the incident, Allen was walking with a friend through a park that is prohibited at night.

A concerned citizen recorded her encounter with police, where she could be heard screaming and the police trying to calm her down.

Police say her friend was going to be issued a summons for the infraction, but was instead taken into custody after the officer realized he had a warrant for his arrest.

When Allen intervened, officers turned their focus on her and realized she had a warrant as well. She claims the officers recognized her.

“The officer said, ‘you are that little girl from the Eric Garner case.’” Allen stated

Police deny her allegations, saying the officers involved in her case were from a different precinct than those involved in the Eric Garner case.

The officers say Allen was out of control, pushed an officer and threw herself over a fence to avoid getting arrested.

Days later, police arrested her for assault in another case.

Meanwhile, Ramsey Orta, who also filmed the death of Eric Garner, made the same allegations about NYPD.

Orta has reported receiving harassment after filming police using the chokehold on Garner last summer. Shortly after, he was arrested and indicted by a grand jury on charges of third-degree criminal weapon possession and criminal firearm possession.

Eric Garner, a father of six, died at 43 on July 17, 2014 on Staten Island, New York, when police put him in a chokehold trying to arrest him for selling untaxed cigarettes.