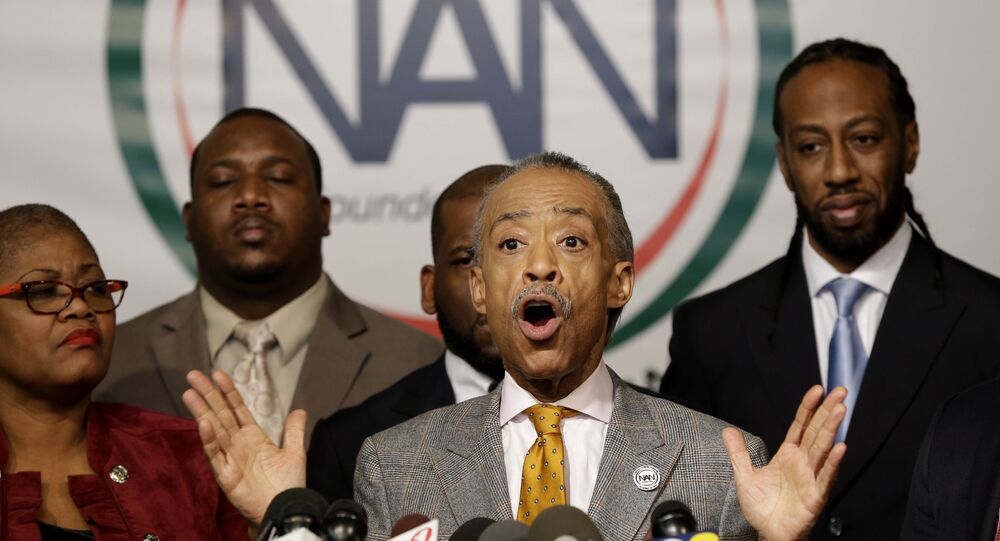 It is no secret some believe that Al Sharpton has in the past made a profit on the plight of the African American community. However, what would happen if one of those victims decided to call him on it?

A member of the group posed as an activist and Garner supporter during a protest last month in Staten Island.

“You think Al Sharpton is kind of like a crook in a sense?” the investigator asked Snipes

“He’s about this,” Snipes replies, rubbing her fingers together.

“He’s about money with you?” the undercover asks.

“She started attacking me. ‘Oh, I see that you got this flier out, how come you didn’t add the logo?’ ’’ Snipes  told the undercover

The Project Veritas member responded, “They want their logo on your fliers?”

“Instead of me, he wants his face in front,” Snipes says, referring to Sharpton

“But it’s not about them, it’s about your dad,” the undercover says.

“Al Sharpton paid for the funeral. She’s trying to make me feel like I owe them,” she explained.

“No, I didn’t say that I think Al Sharpton is all about the money,”  Snipes told the New York Post in an interview on Monday.

She did however stand by her criticisms of Davis, who she went on to say tried to block her from attending a protest at the Staten Island Museum.

In an ironic move, Sharpton actually defended Snipes despite the claims saying that Project Veritas is trying to take advantage of the Garner family.

“They’re splicing and dicing stuff together. It was a distortion. Erica is a sincere victim. She was not trying to infer anything with me,” Sharpton said of the secret recording..

“Erica made it clear in this NY Post article that the way the interview was conducted was extremely deceptive and her comments were taken out of context.”

This has not been a good week for Reverend Al Sharpton. On Monday the reverend, along with Comcast,  was hit with a $20 million dollar civil suit The National Association of African-American Owned Media and the Entertainment Studios Network for allegedly freezing out African American contractors.

In addition that that, the Daily Beast reports that Sharpto