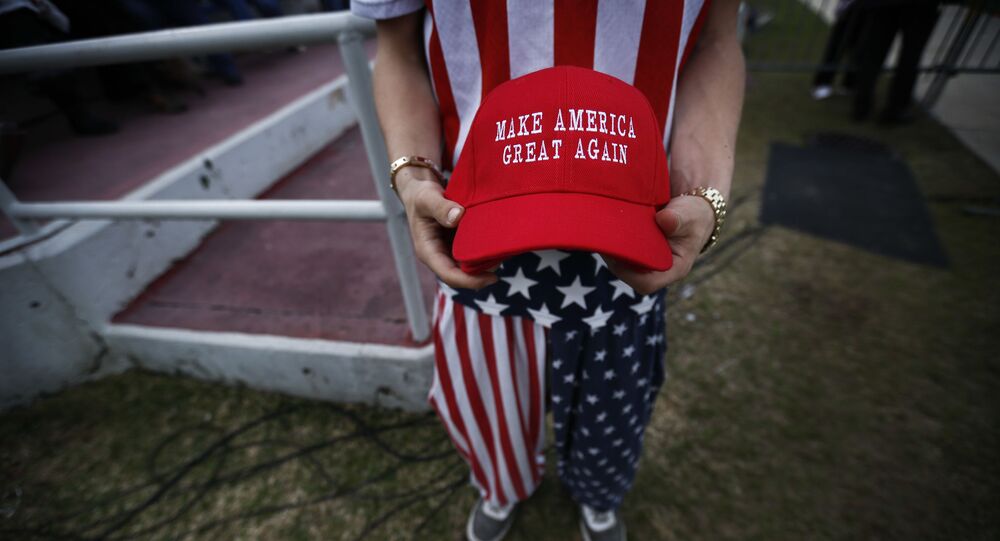 Despite Joe Biden winning the 2020 US presidential election with the votes of the electoral college, incumbent POTUS Donald Trump refuses to concede, decrying "massive election fraud", while his team has filed multiple lawsuits challenging the vote-counting in key states. The lawsuits have singled out Dominion voting machines for being "rigged".

A top employee of Dominion Voting Systems has filed a defamation lawsuit against President Trump's re-election campaign, his personal lawyer Rudy Giuliani, attorney Sidney Powell and some of the pro-Trump media, according to the plaintiff's complaint filed in Denver District Court on Tuesday.

According to a Colorado Public Radio report, Eric Coomer, director of strategy and security for the company, has been accused by some of using his position to hack the voting machines developed by Dominion Voting Systems in order to ensure Democratic candidate Biden's victory, purportedly by making some voting machines capable of flipping the votes from Trump to Biden.

"Today I have filed a lawsuit in Colorado in an effort to unwind as much of the damage as possible done to me, my family, my life, and my livelihood as a result of the numerous false public statements that I was somehow responsible for ‘rigging’ the 2020 presidential election", the radio quotes Coomer's statement as saying.

Dominion Voting Systems previously denied all the allegations against it. Trump's lawyers filed lawsuits denouncing massive election fraud, but all of them have failed in court to date.

Coomer said that the theories about the company's voting machines resulted in him receiving death threats.

"The widespread dissemination of false conspiracy theories about the 2020 presidential election has had devastating consequences both for me personally and for many of the thousands of American election workers and officials, both Republican and Democratic, who put aside their political beliefs to run free, fair, and transparent elections," Coomer said. "Elections are not about politics; they are about accurately tabulating legally cast votes."

According to the lawsuit, the defendants "have elevated Dr. Coomer into the national spotlight, invaded his privacy, threatened his security, and fundamentally defamed his reputation across this country."

In the lawsuit, the claimant alleges that the theories of Dominion machines being rigged were started by conservative podcast host Joseph Oltmann. Oltmann supposedly "infiltrated an Antifa conference call" in which an person named "Eric" implied that he had made sure that Biden would win the election via voting machine manipulations.

According to the lawsuit, some of the conservative media picked up the theory that Dominion's machines were compromised and that Coomer was the mastermind of a high-tech plot against the Trump campaign. The story was widely spread by conservative news outlets Newsmax and One America News.

Giuliani and Powell reportedly also incorporated the story into their claims of electoral fraud.

Sidney Powell, during a November press conference, said that Coomer "is on the web as being recorded in a conversation with Antifa members, saying that he had the election rigged for Mr. Biden, nothing to worry about here."

Giuliani has recently reiterated that Powell is not a member of Trump's legal team, stating that she does not speak for the president or his administration when making her allegations against the vote results.

“@SidneyPowell1 is not a part of our legal team, she has not been for 5 weeks, she is not a special council for @POTUS, she does not speak for @POTUS nor does she speak for the admin” — @RudyGiuliani addresses rumors about @SidneyPowell1 on #spicerandco @newsmax @TeamTrump pic.twitter.com/UQzYdZRGEe

On December 14, the Democratic candidate for the US presidency received the electoral college votes necessary to win the presidential race - 306. Trump has repeatedly refused to admit defeat in the election. He continues to believe that Biden lost the election "by a wide margin in all six wavering states," and the results were rigged.