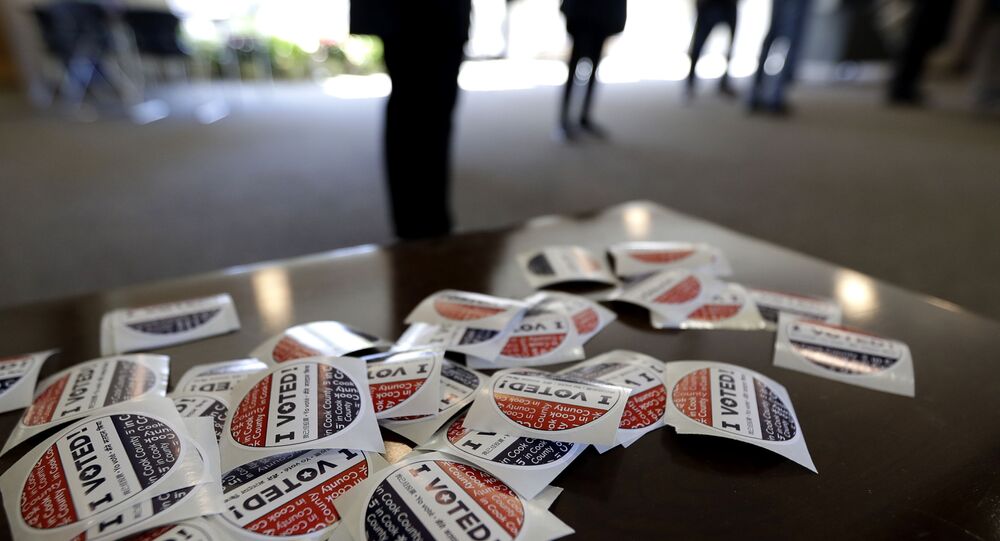 Foreign interference in elections is a sore subject for the United States, as unsubstantiated allegations regarding possible meddling from countries including Russia, China and Iran have arisen throughout the 2020 presidential election season.

The US intelligence community is in dispute over whether Beijing attempted to intervene in the 2020 US election, with the assessment on foreign threats to the 3 November vote delayed due to disagreements between intelligence analysts, Fox News reported, citing unnamed sources claiming to have been familiar with the matter.

"This afternoon the DNI was notified by career intelligence officials that the Intelligence Community will not meet the December 18 deadline, set by Executive Order and Congress, to submit the IC’s classified assessment on foreign threats to the 2020 US elections," Amanda Schoch, the assistant DNI for strategic communications said in a statement to Fox News. "The IC has received relevant reporting since the election and a number of agencies have not finished coordinating on the product."

According to Fox News, several intelligence analysts are "adamant" that Beijing sought to influence the outcome of the election, while others differ. Some reportedly reckon that Chinese efforts were "minimal" or limited to plans that were not brought to reality.

The Trump-appointed Director of National Intelligence, John Ratcliffe, does not appear to lean toward any side, unnamed sources told Fox News, noting that "all that Ratcliffe wants is for the intelligence to be reflected accurately and honestly with regard to China and everything else".

An anonymous senior intelligence official claiming to be familiar with analytical disputes told Fox News that, in cases like this, "proper analytic tradecraft would stipulate that when there are competing views like this, that both views should be captured in the report".

The deadline for the intelligence committee to meet and submit its classified assessment of foreign threats to the US election was 18 December, but, Fox News noted, Ratcliffe was notified that the meeting would not to take place as scheduled.

'Foreign Threats' to the US election

Washington has often alleged that foreign meddling into its political processes has occurred in recent years, with speculation intensifying in the wake of the 3 November election. Since the summer, the director of the National Counterintelligence and Security Center, Bill Evanina, has been asserting that China, Russia and Iran seek to "compromise" the US election.

According to Evanina, Beijing would prefer Trump to lose, since it considered the Republican president "unpredictable" and was "expanding its attempt to influence the General Election and shape US policy by pressuring political figures Chinese officials view as opposed to China's interests."

Regarding Russia and Iran, Evanina claimed that Moscow used "a range of measures to primarily denigrate" Biden, while Tehran sought to prevent Trump's re-election via online influence, assuming that Trump's second term "would result in a continuation of US pressure on Iran in an effort to foment regime change".

© REUTERS / Brendan McDermid
‘No Evidence’ of Significant Foreign Interference in 2020 US Election - DHS Agency
In October, Ratcliffe and FBI Director Christopher Wray named only Russia and Iran as "threats" to the integrity of US elections, without mentioning China.

All three countries have denied interference in US interior political processes. Shortly after polls closed, the former US Cybersecurity and Infrastructure Security Agency (CISA) director, Chris Krebs, reported that his branch had deemed the 3 November election to be the most secure in modern history.

US President Donald Trump, who was left frustrated by almost every aspect of the 2020 election, nevertheless admitted in a tweet that "the only thing secure" about the 3 November election in his estimation was that it was "virtually impenetrable by foreign powers".

As US Hegemony Wanes, Iran and China Accused of US "Interference" Too