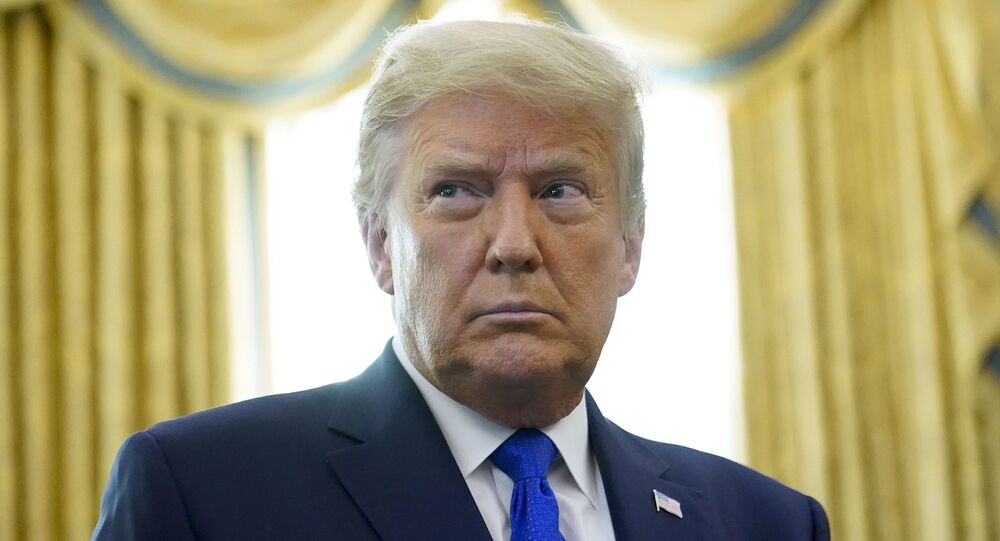 President Trump who still refuses to concede the election despite Biden's Electoral College win has claimed that voting machines in Michigan showed a 68 percent error rate.

US Attorney General William Barr has said at his final press conference in Washington, DC before he leaves the post that he sees no reason why the federal government should confiscate voting machines used in the latest presidential election.

Axios earlier reported - citing an unnamed source - that Trump's personal lawyer Rudy Giuliani had asked a DHS official whether the department could seize voting machines as part of a probe into election fraud, a claim the Trump team has maintained since the announcement of the results in early November.

Barr, who is set to resign from his post, said earlier that he had not detected any foul play in the election that would sway the result of the vote.

The Trump team has launched a crusade to overturn the outcome of the presidential election after media projected Joe Biden as the winner in November.

The President and his campaign rejected the results in the swing states, alleging voter fraud, and launched several legal actions.

However, most lawsuits were rejected and recounts ordered in some states have not shown any difference in the outcome.

Moreover, the Electoral College vote confirmed Joe Biden as the winner of the presidential election. Despite refusing to concede, Trump has accepted the transition of executive power to Joe Biden.