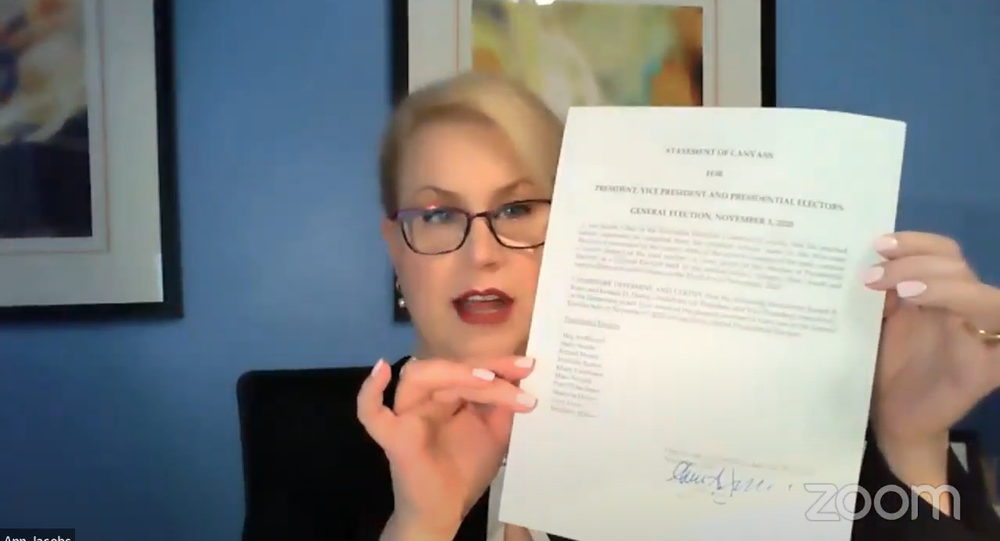 WASHINGTON (Sputnik) - Wisconsin Election Commission (WEC) chairperson Ann Jacobs has made a determination of the presidential race in the key battleground state, confirming Democratic candidate Joe Biden’s victory, but allowing the Republican president, Donald Trump, to file an appeal prior to final certification.

"I have examined this statement and I am now signing it as the official state determination of the results of the November 3, 2020 election and the canvass," Jacobs said on Monday. "This document now has my signature on it."

The determination can be modified, if ordered by a court upon appeal.

Trump narrowly lost Wisconsin, and its 10 Electoral College votes, to Biden. A recount, requested by the Trump campaign in two of the state’s largest counties of Milwaukee and Dane, not only confirmed the Biden win, but slightly increased the margin in favor of Biden.

"As part of today’s determination, a copy of the canvass determination for president and a statement of ascertainment will be sent to the Governor’s office. The Governor then decides whether to sign off on the slate of presidential electors," WEC said.

Trump continues to dispute the validity of the 3 November election and refuses to concede, although he has authorized the launch of the formal transition to Biden, who was proclaimed president-elect by major US media outlets. In addition, results in every major battleground state legally contested by Trump have been certified by officials.