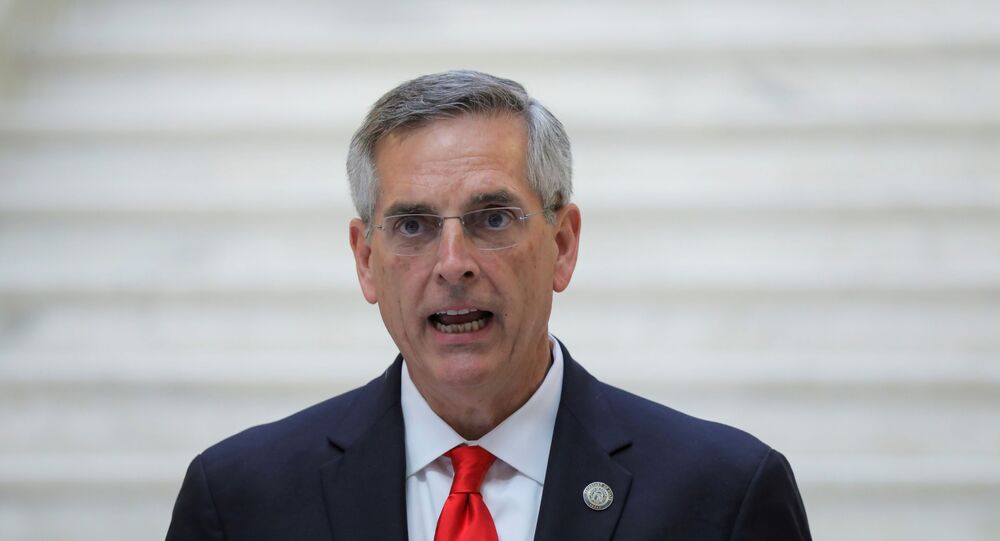 WASHINGTON (Sputnik) - Georgia Secretary of State Brad Raffensperger will certify the presidential election results later on Friday afternoon, his office said, in a correction to a previous statement made on Friday.

Earlier in the day, Georgia Secretary of State Brad Raffensperger, following the hand recount of votes, detailed that sitting President Donald Trump had failed to win the state's electoral votes.

"As secretary of state, I believe that the numbers that we have presented today are correct," Raffensperger said on Friday. "The numbers reflect the verdict of the people, not a decision by the Secretary of State's Office or of courts or of either campaign.''

According to Georgia law, Raffensperger must officially certify the results by 5:00 p.m. local time on Friday afternoon, giving Governor Brian Kemp a 24-hour period to confirm the certification of the 16-member Electoral College representing the state.

Trump's campaign had 48 hours after the first tally was announced to call for a recount as, according to state law, Biden's margin of victory was less than 0.5 percent.

All US states must have disputes resolved and votes certified by December 8, before electors meet in their respective capitals on December 18 to cast the final official vote.

US Election: Georgia Governor Insists Only ‘Legally Cast’ Ballots Will be Counted

Military Ballots Arriving in Georgia May be Pivotal for Election Race

Georgia to Launch Hand Recount of Ballots in US Presidential Race, Secretary of State Says