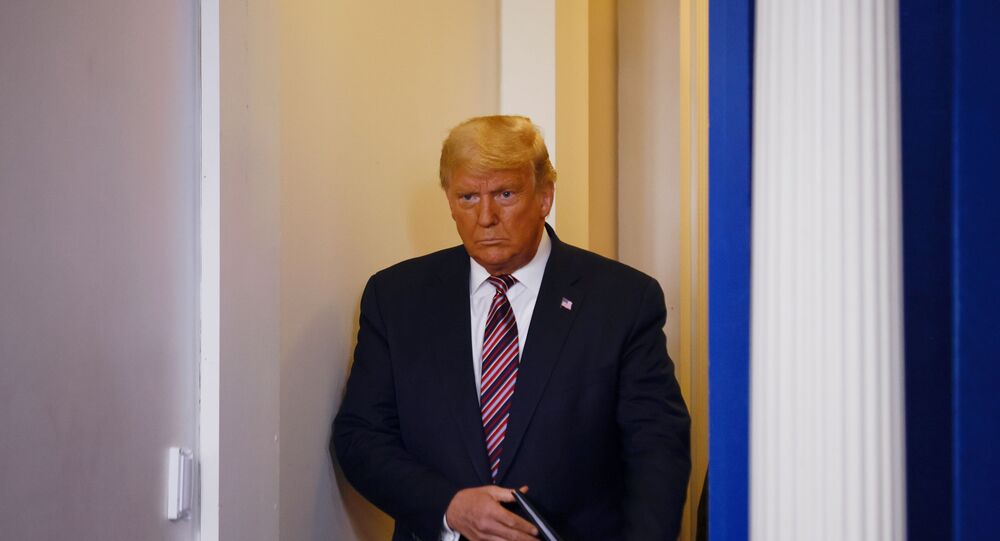 WASHINGTON (Sputnik) - US President Donald Trump reportedly said that he is ready to accept the election victory of Democratic candidate Joe Biden - a prognosis given by US media on Saturday - when all legal challenges to his campaign are exhausted, Fox News reported on Saturday, citing anonymous sources.

According to the unnamed sources cited by Fox News, Trump could "graciously concede" if, after all legal processes are exhausted, he no longer has a path to reelection.

Trump tweeted on Saturday that he had 71,000,000 legal votes and had won the presidential election. Meanwhile, major US television networks and media outlets unanimously have projected that Biden is the winner.

Trump also stated that, beginning Monday, his campaign would assert its claim to victory in the presidential election in court.

​The Trump campaign has repeatedly slammed earlier projections of the US election results, claiming instead that he had won in several battleground states and asserting that Republican observers were not given "meaningful access" to ballot counting locations.

He accused Democrats of trying to "steal the election", and claimed "massive" voter fraud while calling to stop the counting of ballots that had arrived to tally rooms after Election Day, while the Biden campaign consistently bombarded Twitter with "Every vote must be counted" posts.

Since some votes are still to be counted, the official outcome of the US presidential election remains unreleased.