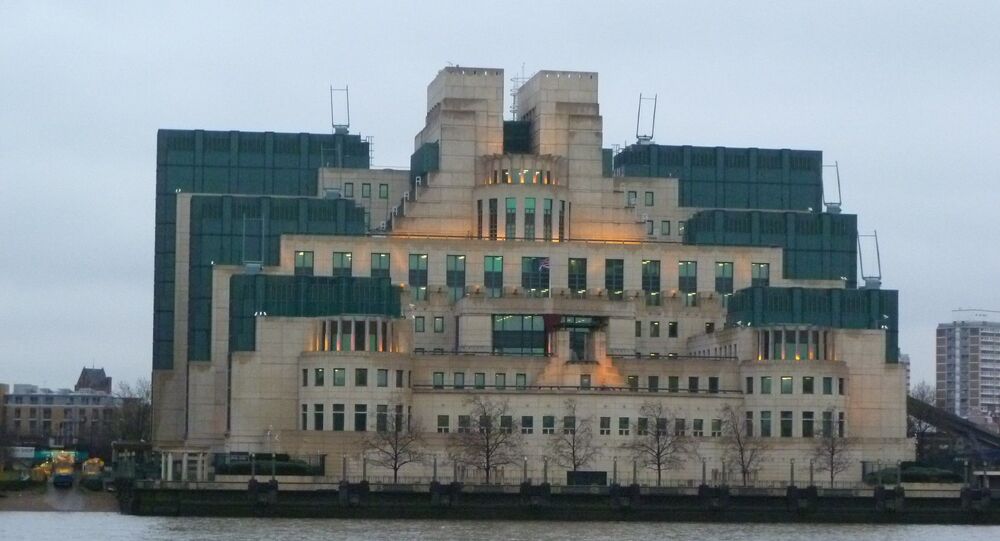 Paranoid Much? MI5 Boss to Urge Britons to Be on Alert Over 'Hostile Spying From China, Russia'

Presenting the UK's new foreign policy review to MPs earlier this year, Prime Minister Boris Johnson pointed to Russia and China as the main threats to the nation.

MI5 Director General Ken McCallum later on Wednesday will reportedly warn that Britons should be on alert over spying and hostile state attacks from such countries as China and Russia in the same way they are on guard about terrorism.

In a major speech at the MI5 Thames House headquarters in London, seen by the Daily Mail, the top boss of the UK's security service will refer to "less visible threats that have the potential to affect us all".

He will ostensibly claim that the hostile state attacks may be fatal, with "the consequences ranging from frustration and inconvenience, through loss of livelihood, potentially up to loss of life".

"UK victims of state espionage range way wider than just government. We see the UK's brilliant universities and researchers having their discoveries stolen or copied; we see businesses hollowed out by the loss of advantage they've worked painstakingly to build. This is happening at scale. And it affects us all. UK jobs, UK public services, UK futures", McCallum will potentially say.

He will insist that those in Britain who are working in a high-tech business or engaged in cutting-edge scientific research "will be of interest to foreign spies". According to the MI5 chief, "you don't have to be scared; but be switched on".

MI5 earlier contended that to date, there have been more than 10,000 "disguised approaches from foreign spies to regular people in the UK, seeking to manipulate them".

McCallum's speech on Wednesday follows British Prime Minister Boris Johnson unveiling the country's new foreign policy review earlier this year, and signalling London's readiness to continue to defend the "integrity of [the] nation" in the face of security threats, and pointing to China and Russia as a potential source of challenges in this area.

The review referred to Beijing's increasing power and assertiveness which will likely become the main "geopolitical factor" of the current decade. The document stressed that the UK will have to make greater efforts to adapt to China's growing impact on the world, with Johnson saying London will cooperate with Beijing when its values are consistent with those of the UK.

On Russia, the review described the country as the "most acute threat" to the UK's security in the Euro-Atlantic region. The foreign policy paper vowed that Britain will actively defend against the "full spectrum of threats" allegedly emanating from Russia, as well as take steps to deter Moscow.

"Through NATO, we will ensure a united western response, combining our military, diplomatic, and intelligence assets in support of collective security. We will uphold international rules and norms and hold Russia to account for breaches of these, working with our international partners", the review read.

Russia Calls for Dialogue With UK

Russian Ambassador to the UK Andrei Kelin responded by saying that Moscow prefers to deal with British accusations and security concerns through dialogue and debate.

In an interview with London's LBC radio, Kelin stressed that while the UK review mentions Russia as a threat over a dozen times, "there is no single proof or explanation to any kind of formulation".

"We prefer to deal with these types of accusations by way of dialogue. We suggested several times a dialogue on cyber issues because we have a special cybercentre. Let's sit down and talk about that but - no response. If other things are worrying Britain, let us sit down at the table and discuss what it is, what are the concerns", the envoy added.

© CC0
Who's Interfering With Whom? New Documents Highlight Rank UK Hypocrisy Towards Russia
Kelin was echoed by Kremlin spokesman Dmitry Peskov who stressed that "such a confrontational stance" by London "can only cause regret and even concern".

"Russia has never been anyone's enemy, and it does not pose a threat to anyone. On the contrary, as President [Vladimir] Putin has repeatedly said, we stand for the normalisation and development of friendly and mutually beneficial relations with all countries […]", Peskov pointed out.