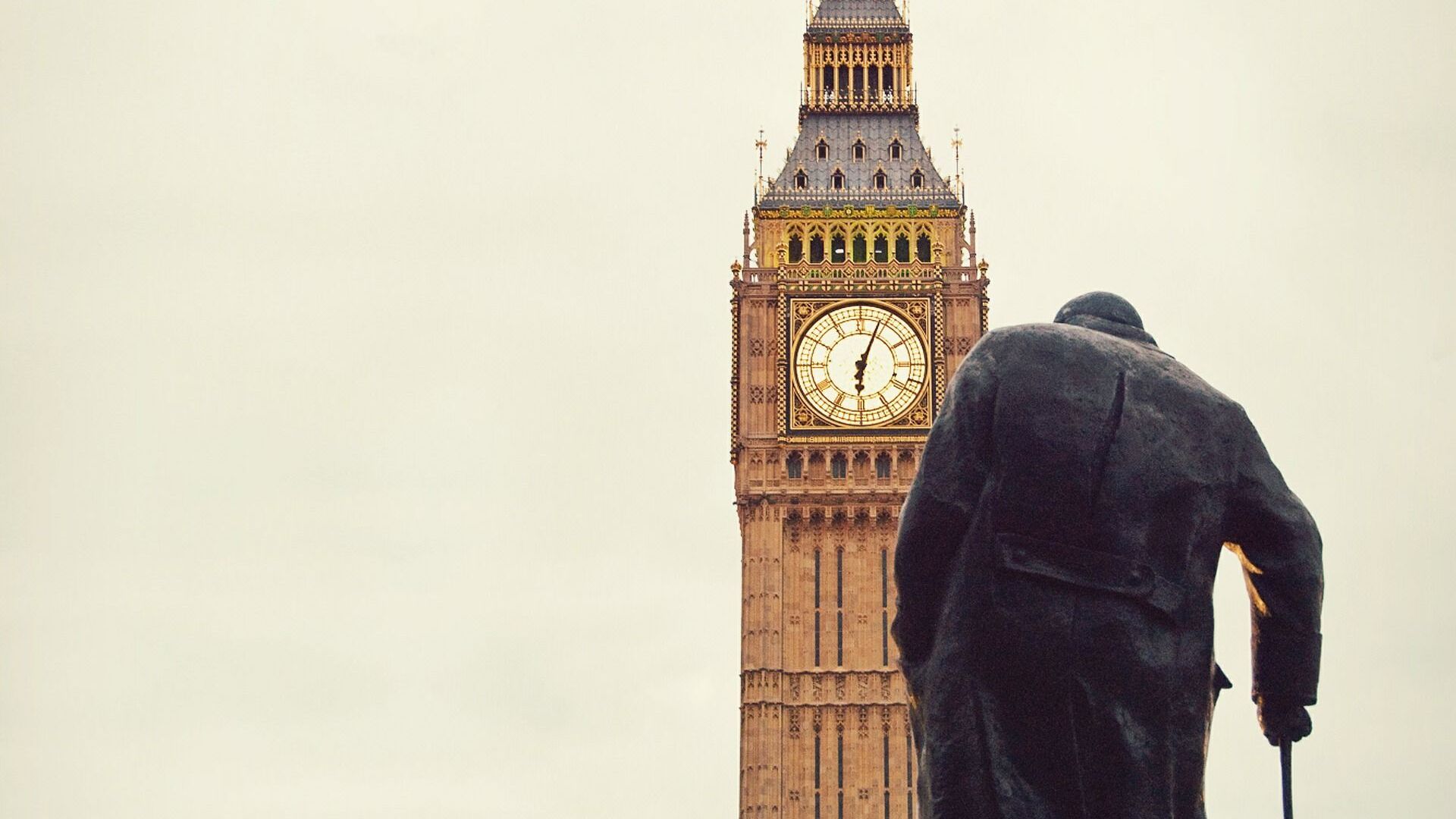 Neil Clark
All materials
Leaked documents have revealed that the Foreign and Commonwealth Office (UKFCO) has been sponsoring a co-ordinated campaign (including through the media) with the clear aim of undermining Russia. The double standards are off the scale.

Projection. It’s the term psychologists use to describe when people accuse others of doing the very same thing they themselves are guilty of. It can occur on a personal level (think of the ’Inside the Tenters’ who accuse others of ‘trolling’ them on Twitter while they spend most of their time online attacking and denigrating others), and on an international level too.

UK Foreign Office Docs Reveal 'Full-Spectrum' Psyops to 'Destabilise Russia', Journalist Says
By any objective assessment, two of the worst culprits for projection are Britain and America. They routinely accuse others (usually Russia), of interfering in their ‘democracies’ while at the same time they seem to think they have a right to interfere with total impunity in the affairs of other sovereign states. And by that I don’t just mean illegally invading those countries (as in the case of Iraq), or bombing them (think Yugoslavia, Libya and Syria) to try and effect ‘regime change‘. Or even funding anti-government ‘rebels’ as in Syria.

Remember how we heard the tape of the State Department’s Victoria Nuland discussing with US Ambassador Geoffrey Pyatt who shouldn’t be in the new ‘democratic‘ Ukrainian government in 2014?

That should have been front page news around the world, but it wasn’t. If it had been a tape of Russian politicians/diplomats discussing who should/shouldn’t be in the Ukrainian government we’d never have heard the last of it. Don’t forget too that Nuland had been in the Maidan to hand out sandwiches/cookies to anti-government protesters just a few months earlier.. Again, just imagine if Sergei Lavrov had flown to the US to hand out cups of borscht to anti-government protestors in Washington! 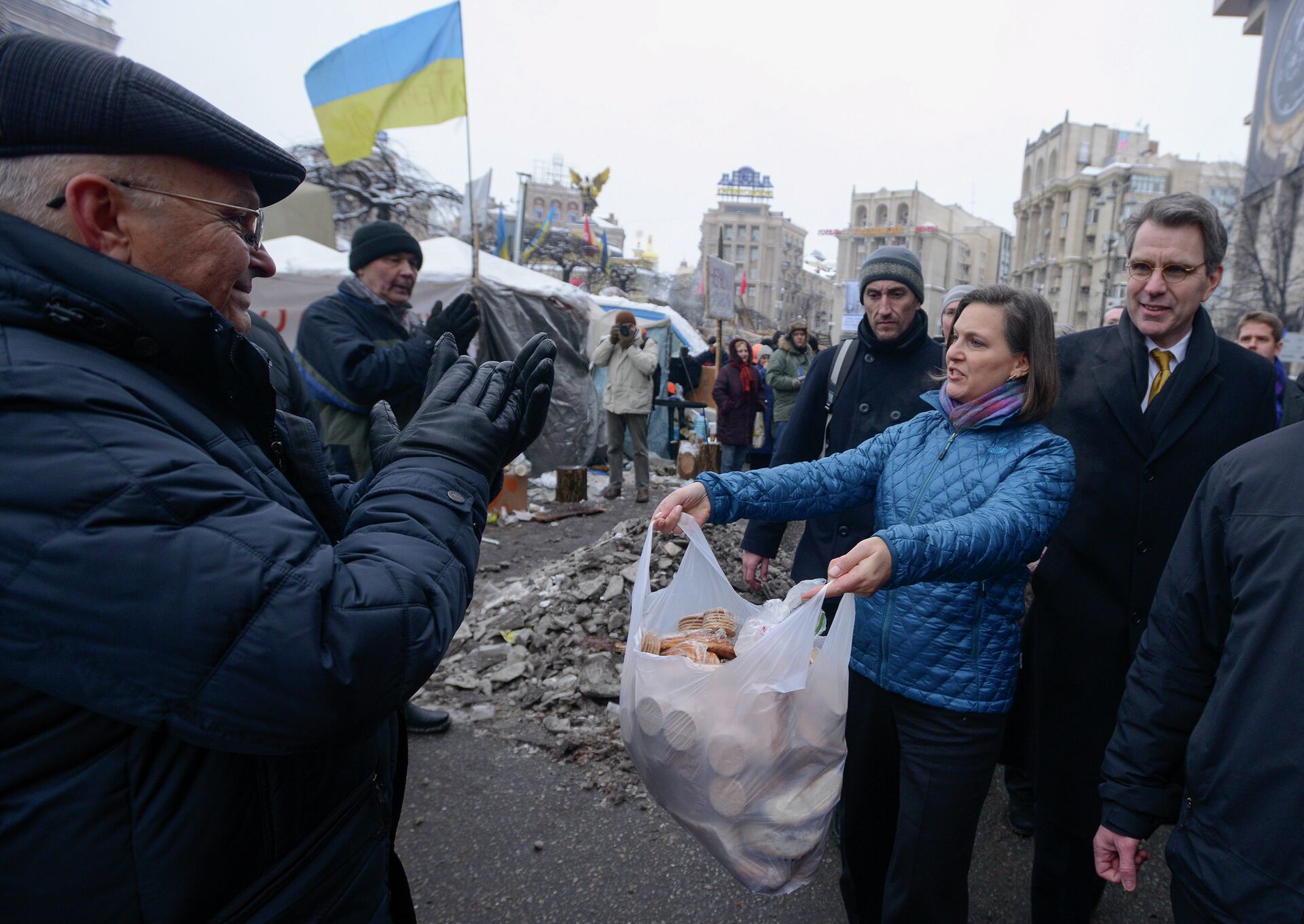 That’s the context to the latest disclosures that Britain has been interfering in Russian affairs. For most of the last decade we’ve been bombarded with wild, unsubstantiated claims (or shall we call them elite-sponsored conspiracy theories?) that Russia has been ‘subverting’ UK democracy. Brexit? That was a Russian plot to weaken Europe. Scottish independence? A Russian plot to weaken Britain. Rise of so-called right-wing ‘populist’ parties in the west? Again, they were all being orchestrated by Putin. The rise of Jeremy Corbyn and left-wing ‘populism‘? Yes, that too was the Kremlin’s work. As of course was the election of Donald Trump.

Believe it or not, exactly twelve months ago Russia was being blamed for hyping up the threat from Covid-19 by the same group of people who now accuse Russian media outlets of spreading ‘Covid-denial’. In short, Russia is blamed for everything and anything that the elites running the show in Britain don’t like and want to discredit.

Perhaps nadir was reached with a shockingly Russophobic cover of the Economist magazine in February 2018 which depicted Russian President Vladimir Putin as a giant octopus with the caption: ‘The meddler. How Putin menaces Western democracy’.

Twitter Accused of 'Double Standards' in Issuing Warning Over Story on Secret UK Foreign Office Docs
The new leaks published by the Anonymous collective show just how hypocritical this all was. ‘These revelations show that when MPs were railing about Russia, British agents were using the BBC and Reuters to deploy precisely the same tactics that politicians and media commentators were accusing Russia of using’ the former Labour MP Chris Williamson told the website, The Grayzone, which has reported on the leaks.

Writing in The Grayzone, the investigative journalist Max Blumenthal reports how the UKFCD carried out its anti-Russian campaign through a department given the truly Orwellian name the ’Counter Disinformation and Media Development Campaign’, which operated alongside a ‘collection of intelligence contractors‘, known simply as ‘The Consortium‘.

Training programmes for Russian journalists were set up. These journalists were to be cultivated to promote pro-NATO narratives. ‘The UK FCO projects were carried out covertly, and in partnership with purportedly independent, high-profile online media outlets including Bellingcat, Meduza and the Pussy-Riot-founded Mediazona’, Blumenthal notes.

It was/is some operation. To see how it works, just try and post Blumenthal’s article to Wikipedia. You will see it swiftly removed, as indeed would a link to this article or any published by Sputnik or RT.com. Yes, Wikipedia is a front in the propaganda war against Russia too.

The so-called Integrity Initiative (established in 2015 as a project of the Institute of Statecraft), and journalists linked to it - has been at the vanguard of the campaign to undermine Russia.

‘Hiding behind benevolent intentions (of counteracting Russian propaganda), Britain has in fact created a large-scale information secret service in Europe, the US and Canada, which consists of representatives of political, military, academic and journalistic communities with the think tank in London at the head of it’, note Anonymous.

They assert ‘As part of the project Britain has time and time again intervened in the domestic affairs of independent European states’. One example they give is of  operation ‘Moncloa’ , where it took Spain’s own cluster of the Integrity Initiative just a few hours to prevent the appointment of Pedro Banos - who had earlier expressed sympathy for Russia - to the post of Director of Spain’s Department of Homeland Security. 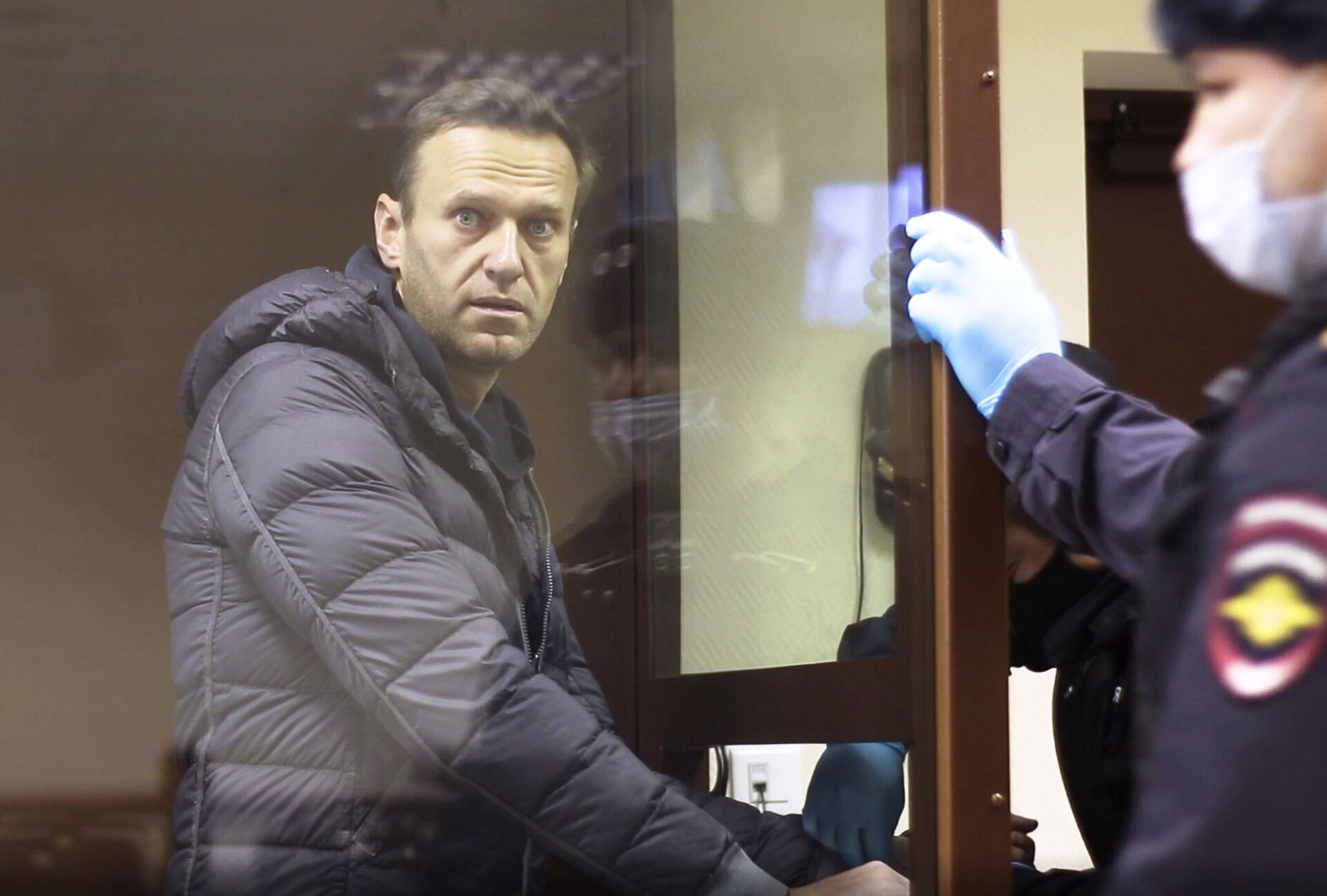 The ultimate goal of such operations is of course ‘regime-change’ in Russia itself. This is why opposition activist Alexei Navalny is championed. It is certainly not because of genuine concerns for his ‘human rights’ - how can it be, when one considers the desperate plight of the world’s most famous political prisoner, Julian Assange, who remains incarcerated in a high-security British jail.

Russia was and remains in the regime change ‘To Do’ tray because it has had the temerity to stand in the way of the neocon war juggernaut, particularly in regards to Syria. But at least now when we see attacks on Russia, we know exactly what is driving them.