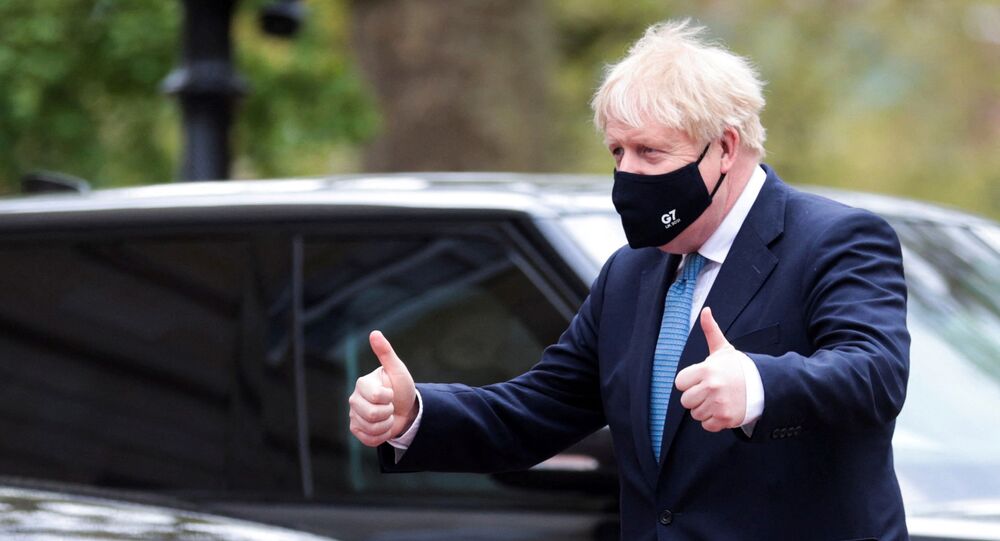 On 26 May, Dominic Cummings, a British political strategist and ex-Boris Johnson aide delivered a testimony at the House of Commons, pulling no punches while criticising the premier and Secretary of State for Health and Social Care Matt Hancock. What impact could it have on BoJo and his cabinet's future?

Roughly a month ago, Dominic Cummings vowed to tell UK lawmakers the whole truth about the government's handling of the pandemic during his tenure at No 10. Some observers predicted that the ex-aide's testimony could be ruinous for the British prime minister and his team.

However, neither Johnson nor Hancock appeared to be skittish about Cummings' Wednesday disclosures, with the former saying that the ex-aide's claims "bear no relation to reality" and the latter calling them a "performance."

There are many reasons why Boris Johnson was not appalled by Cummings' explosive testimony, according to Alistair Jones, associate professor in politics at De Montfort University, the UK.

"First of all, Boris Johnson is seen as being a very popular individual," he says. "A lot of people think that he is a very nice man, that he engages with the public. He has got a sense of humour and he appears like a human being. Now, the reality is actually significantly different in that Boris Johnson has actually created this image of being such a person. And it is actually quite a distance from reality that most people are not willing to accept that."

Despite Cummings claiming that Johnson is unfit for the job and worried more about the economic situation than the pandemic, most voters are likely to respond by saying: "Well, that's Boris, he's all right, really," Jones suggests. "It's that sort of very blasé attitude about him, which means that basically he can get away with a lot of things that most other politicians can't," the professor remarks.

When it comes to Matt Hancock, it is still unclear whether Cummings will present any documentary evidence to back his claims. As of yet, everything he has said about the minister of health is only anecdotal, according to the academic.

However, if the ex-aide provides certain proof that Hancock indeed "lied" about former NHS chief Simon Stevens and Chancellor Rishi Sunak blocking PPE procurement or about people being discharged from hospitals to care homes without a COVID test, then several scenarios are possible, Jones suggests:

·         second, given that the premier did not fire Priti Patel even though she was found guilty of bullying, he may forgive the health minister as well;

·         third, if it comes down to a choice between protecting himself and protecting Hancock, Boris Johnson is likely to sacrifice the health secretary.

For his part, Hancock rejected all the allegations in the House of Commons on 27 May. Still, according to Spectator, there was "a carefully qualified denial from Hancock": "He told the Commons that ‘so many of the allegations yesterday were unsubstantiated’ – a telling phrase," the media outlet noted, adding that Hancock still bears the responsibility for his department's apparent mistakes at the beginning of the outbreak.

While all eyes are on the infighting in the Conservative cabinet, the question arises as to how the British Labour Party could benefit from the ongoing spat. The recent elections exposed deep, structural issues for the party presently led by Keir Rodney Starmer. According to the Guardian, quite unexpectedly, Labour lost in some blue-collar areas, failing to find "a unifying message for disparate supporters while vaccine bounce benefits Tories."

Furthermore, the Conservatives managed to snatch from the opposition party a historically left-wing seat in Hartlepool, which Conservative candidate Jill Mortimer called a "truly historic" result. Obviously, a weakening of the ruling Tory cabinet could play into the hands of Labour.

"The problem the Labour Party has got is that on the whole COVID pandemic and how the government responded," says Jones. "They adopted what was called constructive opposition. So, they did not question what the government was doing very often. They sometimes questioned what was happening afterwards and then were accused of trying to play both sides against the middle."

On the other hand, the public appears to have forgiven the Johnson cabinet's early errors due to its later successes. To date, over 38 million people, or about 70% of adults, out of Britain's population of 66.7-million have received at least one dose of a coronavirus vaccine.

I was delighted to welcome NHS staff from across the UK to Downing Street yesterday.

I know how tough the pandemic has been on our NHS, but I want to thank all of you from the bottom of my heart. We wouldn’t be where we are today without you. pic.twitter.com/rmipXnAo0b

​"Now, the problem [the Labour] have got is the government will turn around and say, look, we've got the best vaccination in the world and they're probably right," the academic says. "Britain is definitely at the top end of countries in the world implementing a vaccination process. So, we're down to 30 year olds getting the vaccine now. So, as long as the government puts forward that good news story, it's very difficult for Labour to actually fight against it."