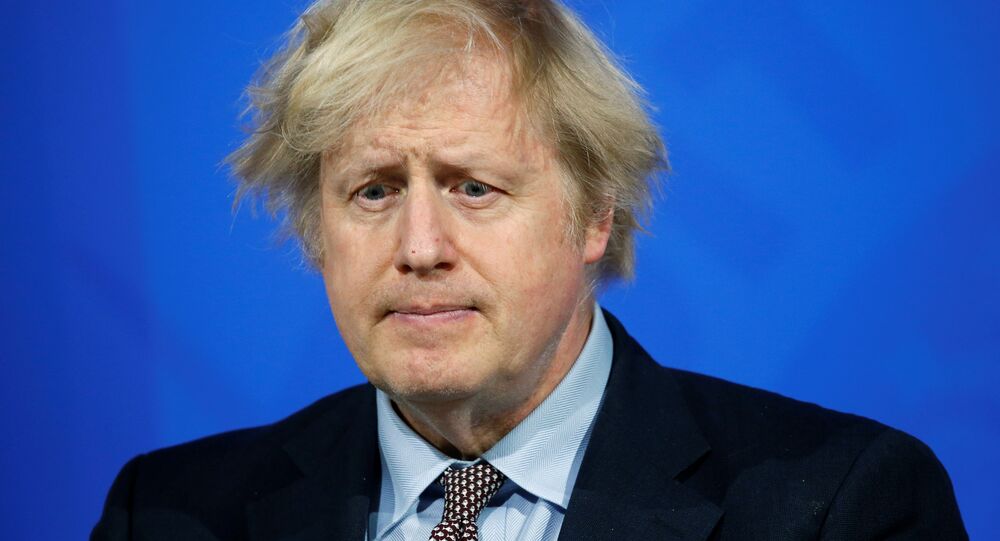 Dominic Cummings, ex-adviser to British PM Boris Johnson and "Brexit architect", has launched an unprecedented attack against his former boss, accusing him of a long string of wrongdoings and "unethical" behaviour. What's behind Cummings' abrupt dissent and how could this backfire on Johnson and his Cabinet?

Cummings, who signalled his willingness to testify before UK MPs about the government's pandemic response on 26 May, raised his voice against Boris Johnson after being accused of leaking sensitive information about the PM and No. 10's policies to the media.

The British press alleges that Cummings may point the finger at Johnson for the UK's high COVID-related death toll during the Commons committee's late May gathering. Late on Sunday, the Daily Mail poured more fuel on the fire: the media quoted unidentified sources saying that the prime minister was ready to "let the bodies pile high in their thousands" in a bid to avoid a COVID lockdown last October. Johnson resolutely denies making the remark.

"When Dominic Cummings left his role as chief adviser to the prime minister in November 2020, it was rumoured that he was likely at some point to use his knowledge of Boris Johnson's conduct in office in a way which would damage the government", says Mark Garnett, a politics professor at Lancaster University and author of the book "The British Prime Minister in an Age of Upheaval".

Cummings broke his silence after he was named in the media as the likely source for a BBC story released on 21 April, concerning Johnson's dealings with businessman Sir James Dyson. The leaked exchanges between the two appeared to show that last March the prime minister promised Dyson that he would "fix" an issue on the tax status of the businessman's staff working in the UK during the COVID outbreak.

On 23 April, The Times reported that the PM believes Dominic Cummings was behind leaked messages, while an unnamed No. 10 source claimed that the ex-adviser was "engaged in systematic leaking" and "bitter about what's happened since he left". Cummings was forced out of Downing Street at the end of 2020, amid a wider shakeup of the prime minister's team.

Last week they told us he was "fully focused" on the pandemic. 🧐

​"It is sad to see the PM and his office fall so far below the standards of competence and integrity the country deserves", Johnson's former chief adviser highlighted in a personal blog where he denied being involved in the leak.

Predictably, the opposition Labour Party jumped at the opportunity to use the unfolding row for "a more general attack on alleged corruption at the heart of government", notes Garnett.

Ministers who sacrificed their integrity to protect Dominic Cummings after Barnard Castle haven’t got any left for Boris Johnson. It’s pitiful.

​Cummings accused the government of wrongdoing "because he was provoked, was not prepared to be a fall-guy, and because he has doubts over the prime minister's competence and probity", suggests Dr Martin Farr, a senior lecturer of Contemporary British History at Newcastle University.

"Cummings was devoted to Brexit, not to Johnson or the Conservative Party, of which he has never been a member; he is an insurgent, it's crucial to understand this", Farr says. "Cummings promised to cooperate with any parliamentary inquiries. Cummings' intervention is what turned the situation into a major crisis, and he did so because Johnson provoked him".

Apparently, the most damaging leak to have emerged amid the Cummings-Johnson row, is the remark allegedly made by the PM last October: "No more ****ing lockdowns – let the bodies pile high in their thousands!", Johnson reportedly said, according to the academic. Farr notes that "at least three of the most prominent journalists in the country are adamant, from multiple sources, that he said precisely those words".

How Cummings Intervention May Backfire on British PM

The timing of his intervention appears to be very unfortunate for Boris Johnson given that on 6 May there will be a series of elections, in local governments and in Scotland and Wales, says Mark Garnett.

The election results "will be widely regarded as a verdict on the prime minister's handling of the coronavirus pandemic", according to the academic.

The unfolding crisis has yet to have much impact on ordinary voters, suggests Martin Farr, adding that at the moment the Conservative Party is in the lead in England. The senior lecturer notes, however, that yet another controversy, involving Johnson "initially not opposing" the European Super League (ESL), may add to the snowballing scandal around the prime minister and affect the party's election performance.

When it comes to Cummings' upcoming testimony before a House of Commons committee on 26 May, Johnson and his entourage at Number 10 Downing Street seem fearful that the former adviser will produce further allegations against Johnson, Garnett deems.

Cummings clearly believes that the government was highly incompetent, according to the political scientist, who thinks that if Johnson's former adviser can produce convincing evidence this will be much more damaging to the government than all previous leaks.

For his part, Farr alleges that the Commons committee gathering in late May "has the potential to be devastating, but also to be overlooked".

"This is the sort of pile-up of incompetence and corruption seen in governments – of either party – that had been in office for many years", the academic says. "The issue now is whether the public cares; or rather sees these as the preoccupations of a political elite, that all politicians are the same, and that what matters is that they're vaccinated. And the next general election is still three years away".