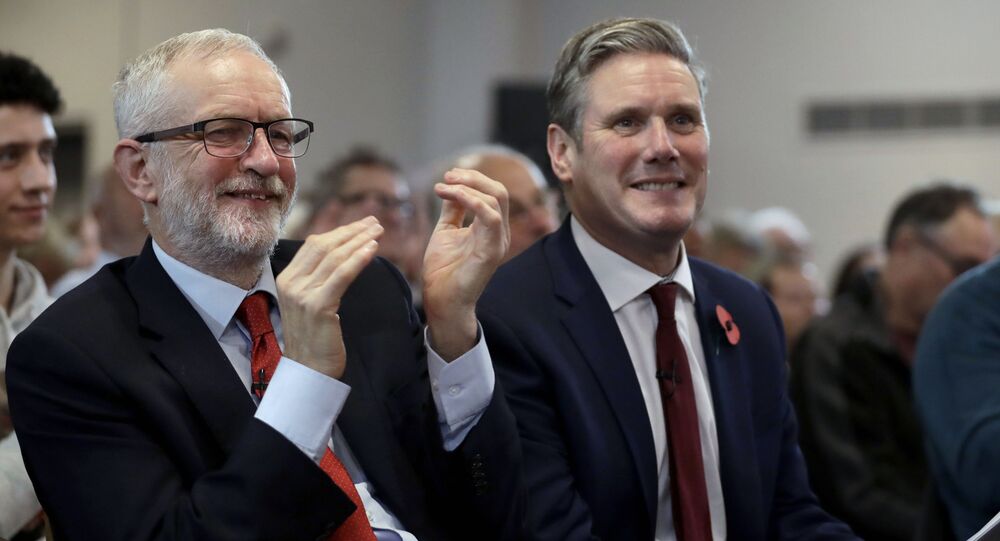 Former Labour leader Jeremy Corbyn was suspended in October after 37 years as an MP and 54 years as a member after he defended the party from allegations of anti-Semitism in a report by the Equality and Human Rights Commission, but was promptly reinstated by the ruling executive committee.

“I’ve said that I am going to tackle anti-Semitism and root it out in my party, and that’s what I’ve been doing, taking necessary action", Starmer said. "And it was Jeremy’s response to a report that we had into the Labour Party on anti-Semitism that caused me to take that action”.

Left-winger Corbyn was suspended last October from the party he had led for five years and had the parliamentary whip withdrawn over his response to the Equality and Human Rights Commission's report into claims by the recently-formed Campaign Against Anti-Semitism of animus against Jews within the party.

While acknowledging incidents of anti-Semitism had occurred, Corbyn said “the scale of the problem was also dramatically overstated for political reasons by our opponents”.

Left-wing website Novara Media founder Aaron Bastani seized on Starmer's comments, accusing him of a "profound inability to be honest".

​Following Corbyn's suspension, Starmer claimed he was not trying to provoke a "civil war" in Labour even as super-union Unite General Secretary Len McClusky warned it would "split" the party. But Evans took disciplinary action against branch officials who criticised the move.

© REUTERS / JOHN SIBLEY
Role-Reversal: Labour MP Slams Tories as ‘Hard Left’ on Tax Hikes for the Rich
Labour's National Executive Committee voted to reinstate Corbyn, a veteran MP and 55-year party member, 19 days after his suspension. But Starmer insisted on keeping the whip withdrawn from his predecessor, meaning he currently sits as an independent MP and may potentially be unable to stand as a Labour candidate in his Islington North seat at the next general election.

Labour is trailing Prime Minister Boris Johnson's Conservative Party by 13 points in the latest YouGov poll, despite the ongoing coronavirus pandemic and problems with the post-Brexit trade deal.