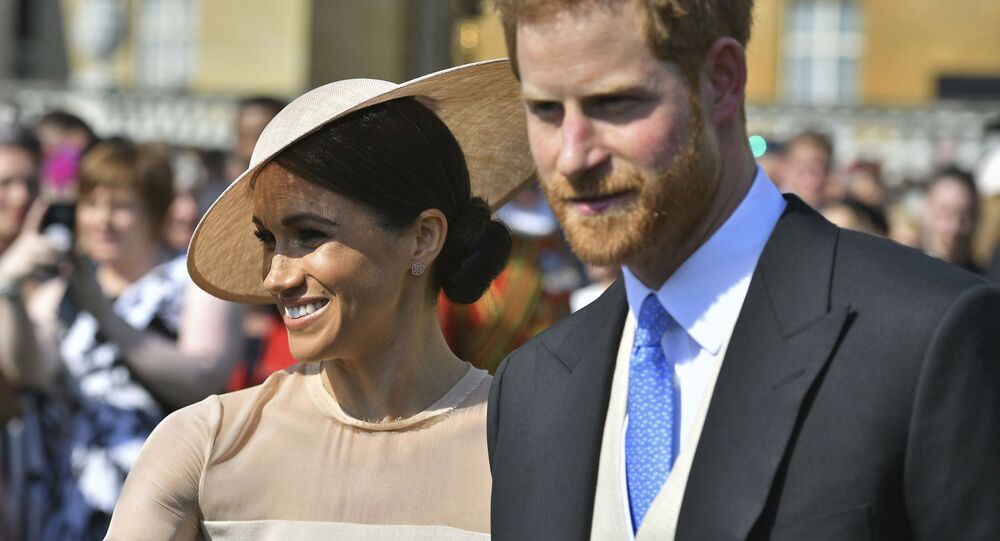 The development comes as tensions are running high between the palace and the couple following several controversial statements they made in an interview with famous US talk show host Oprah Winfrey. The interview, which will air on CBS on 7 March, will be the first since the Sussexes quit the Royal Family.

Prince Harry was described as a "hostage" before his wedding to Meghan Markle, while she "wanted drama from the very beginning", The Daily Telegraph reported citing anonymous royal insiders. According to them, there was a "climate of fear" around the couple and the royal staff were subjected to unreasonable demands. In particular, the insiders spoke of the demands made by the Sussexes about their 2018 wedding.

Meghan Markle reportedly wanted to wear the Vladimir Kokoshnik tiara (said to be the Queen's favourite) that once belonged to Russia's Romanov dynasty. However, the soon-to-be-royal was allegedly not allowed to wear it. This purportedly caused a rift.

"The Queen's aide Angela told Harry [the tiara] was priceless and couldn't suddenly be handed over at short notice. He was furious and shouted: 'What Meghan wants, Meghan gets'. Suffice to say it didn't go down too well", the insiders told The Daily Telegraph.

They claimed that Meghan Markle was given her choice of jewels to wear for the wedding, but still appeared to be unhappy. The insiders alleged that she was constantly "looking for reasons to say she had been deprived".

"They insisted that they had the same inflation-adjusted budget for the wedding as William and Kate – she got the choir she wanted, the dress, the carriage procession, the tiara – she got everything she wanted but it still wasn't enough", the insiders told the newspaper.

The development comes as tensions run high between the couple and the rest of the Royal Family following controversial statements Meghan Markle made in an interview with famous US talk show host Oprah Winfrey.

In one of the teasers released over the past few days, the Duchess of Sussex accused the Firm – the nickname for senior members of the Royal Family and their staff – of spreading lies about them.

"I don't know how they could expect that, after all of this time, we would still just be silent if there is an active role that The Firm is playing in perpetuating falsehoods about us", Meghan told Oprah.

The release of the teasers for the interview coincided with a report in The Times in which royal insiders claimed that Meghan Markle faced a bullying complaint when she was a working royal.

The staff member alleged she inflicted "emotional cruelty" on aides, who claimed she is playing the victim card. The Duchess of Sussex was accused of "driving out" two personal assistants and shattering the confidence of another staff member. One palace insider dubbed the couple "outrageous bullies".

© AP Photo / Glyn Kirk
Queen to Call for Unity in Her Address Before Oprah's Interview With Meghan, Harry - Report

In a statement released through her spokesman, Meghan said she was saddened by The Times' report, which she described as the "latest attack on her character". Buckingham Palace said it will investigate allegations that Meghan Markle bullied royal stuff.

The tell-all Oprah interview will be the first sit-down conversation by the Sussexes since they stepped down from senior roles in the Royal Family on 8 January 2020 in order to work to become financially independent. The couple is expected to talk about their life in the United States where they moved following the royal split as well as their experience in Britain.

According to UK media, pressure has mounted on the Sussexes to postpone the airing of the interview as Prince Harry's grandfather, Prince Philip, 99, is in hospital recovering from heart surgery.

Meghan Markle's friend, who spoke with the Daily Mail, said the Duchess is opposed to the idea.

"Even if Meghan had the choice to postpone the Oprah special she said she wouldn't because it has absolutely nothing to do with Prince Philip and that this is just an excuse by the palace to keep her muzzled", the friend told the newspaper.