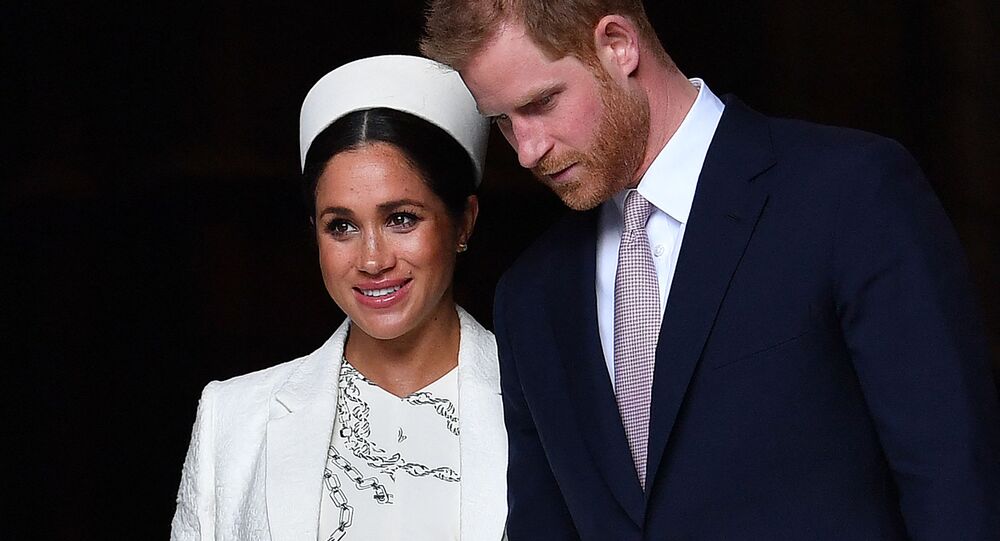 Reports say the couple will spill the beans about their decision to quit royal life and move to the United States when they sit down for an interview with iconic talk show host Oprah Winfrey. The interview will be aired on 7 March on CBS.

Prince Harry and Meghan Markle's net worth is surprisingly moderate, Forbes reported. Last year, the Sussexes announced their decision to step down from senior roles in the Royal Family in order to become financially independent, a move that polarised Britain. Previously, reports indicated that the couple's wealth could be in the tens of millions, but according to Forbes, the Sussexes' net worth is deemed modest by celebrity standards.

The magazine writes that Harry alone received $10 million from his late mother Princess Diana, while Meghan Markle's after tax earnings from her work in TV shows and films is estimated to be $2 million. After moving to the United States, the couple bought a $14.7 million mansion in Santa Barbara County, California – they paid $5 million and now have a nearly $10 million mortgage.

In addition, the couple returned the $3 million spent to renovate Frogmore Cottage, a 17th century royal mansion that the pair chose to be their residence following their wedding.

According to Forbes, this leaves the Sussexes with just $4 million. The couple, however, is expected to replenish their coffers after securing several lucrative deals.

The magazine writes that a three-year podcast deal with Spotify could be worth between $15 to $18 million, while a contract with Netflix signed last September could bring them up to $100 million.

Reports say the Sussexes also benefit from their celebrity status when it comes to appearing at major events. Prince Harry reportedly received $1 million after he spoke at a private JP Morgan summit in Miami last spring.

Prince Philip Stays At Hospital For Over a Week