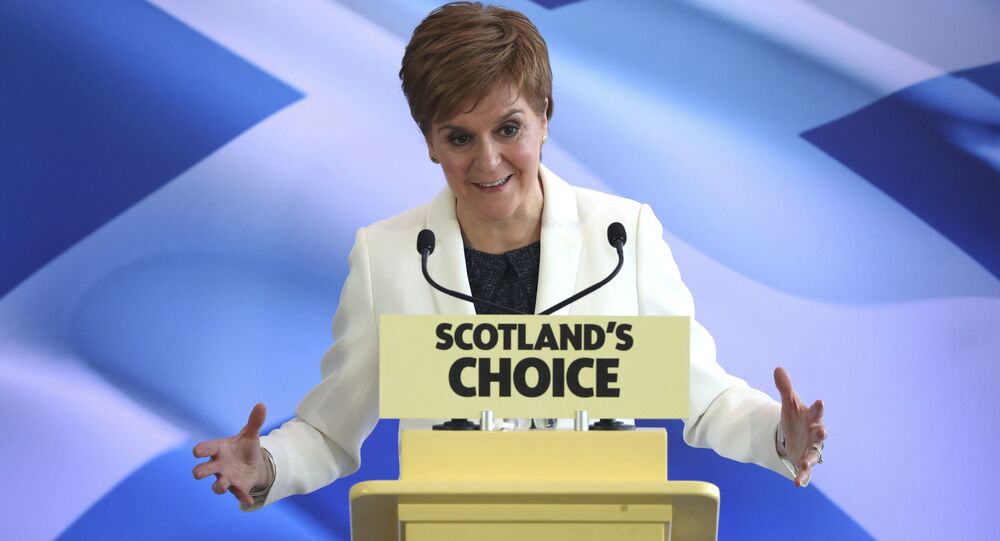 Is Scottish Independence Push Worth the Pain Given COVID and Brexit Impact?

Recent surveys show an increased appetite for independence among Scots following Brexit and the COVID outbreak. British economists have weighed up the pros and cons of Scotland's potential withdrawal citing a new study by the London School of Economics.

While Scotland's First Minister Nicola Sturgeon has promised to hold a second referendum on independence from the UK if she wins Scottish elections this May, the London School of Economics Centre for Economic Performance warns that the hypothetical pull out may cost Scots dearly.

What Has the LSE Study Missed?

According to LSE estimates, independence would be two to three times more costly for Scotland than Brexit, reducing the Scottish people's income per capita by between 6.3% and 8.7%. "These numbers likely underestimate the losses caused by higher trade costs, as we do not account for any dynamic effects of trade on productivity", the paper says, suggesting that the cost of doing trade would increase by 15% or, in a worst-case scenario, by 30%. To complicate matters further, Scotland's trade is highly dependent on the UK: in 2017 the rest of the kingdom accounted for 61% of Scottish exports and 67% of Scottish imports. The study concludes that rejoining the EU following independence wouldn't help Scotland mitigate these risks.

"Whilst the [LSE] findings are interesting and pose lots of questions there are significant omissions that should be considered when reflecting on the relative costs and benefits of Scottish independence, particularly if it meant joining the EU", argues Marc Cowling, professor of business economics at the University of Derby.

For instance, Scotland is a significant financial centre outside London which boasts a wide range of services including global custody, asset servicing, banking, investment management, corporate finance, life assurance, and pensions. Edinburgh would benefit from being in the EU "as indeed the City of London has found out to its detriment recently through being excluded from certain types of Euro trading", suggests Cowling.

EU membership is likely to give Scotland access to structural funds to step up regional development and one also should not discount "a huge flow of international capital to a newly independent Scotland as happened in Ireland after the border agreement", according to the professor. He insists that the LSE study also ignores "the extensive policy review around the Scottish government's business support activities which may lead to a rejuvenated SME sector and enhanced innovation levels".

"Finally, we know from the COVID crisis that consumers are increasingly buying local and if that behavioural change became embedded in an independent Scotland then this would reduce some of the disbenefits estimated in the [LSE] study", the academic notes.

Scots Should Calculate All Potential Consequences of Independence

When it comes to Scotland's hypothetical independence and renewed EU membership it's too early to count our chickens, notes Piotr Jaworski, economics professor at Edinburgh Napier University, stressing that "the biggest problem for Scotland as an independent economy is public finance and its deficit".

"In 2019-20 the Scottish budget deficit amounted to 6.9% if North Sea oils revenues are included (7.5% without it)", he elaborates. "These levels are a considerable improvement if compared with 2015-16 data of 9.3% (9.6% without North Sea oil revenues) but still fall short of the 3% EU required threshold. The current situation of the EU member states public deficits levels seems to be closer to the Scottish one but it is caused by the pandemic and it is much higher than usual".

Therefore, prior to weighing up the potential benefits of withdrawal one needs to ask whether Scotland can balance the books by increasing revenues or decreasing spending and how willingly Scottish society would accept the measures if sacrifices are needed, according to Jaworski, who insists that Scots should be made aware of all the potential consequences. While the European Union would not be able to assist much in this respect the current pandemic would not make it easier in the short term, the economist warns.

It's not the only painful experience the Scottish people may face in the short term: Scotland remains heavily reliant on trade with the UK.

"Currently more than 60% of Scotland's commerce is directed to other UK countries (which includes Northern Ireland, now practically the EU market from a trade point of view) while only about 19% is to the European Union", says Jaworski.

Should Scotland leave the UK this ratio will obviously reverse but it won't happen instantly: it may take a lot of time and be very complicated and costly for the society, the professor warns, asking: "Is Scottish society prepared for an adjustment that could be long and painful?"

If the Scots nevertheless decide to leave the UK and re-enter the European economic bloc, one of the spheres where they can gain a competitive advantage and at the same time support is green energy, according to Jaworski. EU economic assistance in the green energy sector is formally possible and mutually beneficial for both sides, as it could potentially fill the trade gap as well as enhance the speed of trade overhaul, the economist suggests. Again, these changes won't happen overnight: "Scots must also realise that the current generation might now experience the costs and only future generations might experience the benefits if independence materialises", the professor points out.

While a survey by The Sunday Times has recently revealed that 49 percent of Scots want the country to leave the UK and become an independent state, The Spectator notes that until the coronavirus pandemic, opinion polls did not show an increasing appetite for breaking away. Thus, the media outlet does not rule out that things may change once the COVID outbreak is thwarted.

"The decision is to be a strategic one", says Jaworski. "It is made for the medium and long term not just for today and should not be mainly influenced by the COVID situation".