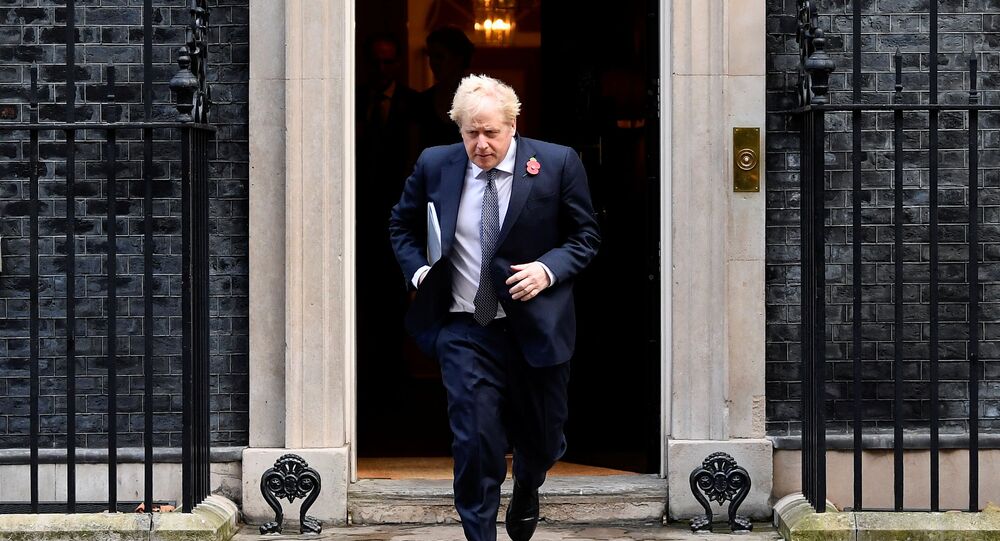 As the 31 December deadline for the Brexit transition period draws nearer, UK Prime Minister Boris Johnson and EU chief Ursula Von der Leyen have waded in to try and revive stalled negotiations as neither camp seemed ready to shift its position enough to allow for a breakthrough over some deep-seated sticking points.

Boris Johnson is gearing up for 'one last throw of the dice' in floundering trade talks with the EU on Monday to try and dodge a ‘no-deal Brexit’, failing which he may be forced to address the nation, announcing that the UK will leave without an agreement, writes the Daily Mail.

After the UK Prime Minister and European Commission President Ursula von der Leyen had a “frank and realistic” telephone conversation on Saturday in an attempt to salvage stalled negotiations between the two camps, in a joint statement they recognised that there could be no trade deal unless deep-seated differences were resolved.

A European Commission source was cited as acknowledging:

“There was not a great meeting of minds on the outstanding issues.”

Von der Leyen reportedly urged greater compromise from the UK side, warning that “no agreement is feasible” without a resolution of the crucial sticking points. According to the European Commission President, hopes for a deal now rest on Johnson’s shoulders, writes the outlet.

​On Saturday night, a source close to the talks was quoted as saying:

“This is the final throw of the dice. There is a fair deal to be done that works for both sides but this will only happen if the EU is willing to respect fundamental principles of sovereignty and control.”

As talks between UK negotiator Lord David Frost and his EU counterpart Michel Barnier resume in Brussels today, they face a deadline of Monday to reach an accord which MPs and their European counterparts can subsequently scrutinise.

“We will see if there is a way forward,” said Barnier.

If the last-ditch attempt to hammer out a deal falls through, Johnson might have to push ahead with a ‘no-deal’ Brexit – a scenario for which he has already reportedly enlisted "100 percent rock-solid support" for from his cabinet.

Thirteen ministers reportedly told The Sunday Times they would back the Prime Minister if talks with the EU fell through.

"I'd much rather we had a deal but he's got a no-deal mandate if that is his judgement," a minister was cited as saying.

Another source was quoted by the outlet as adding:

"Just get it done… The PM should do what is best. He has total, 100 percent rock-solid support."

After months of talks between negotiators for the two sides, negligible progress has been made, with neither side agreeing to cede ground on three major issues: fishing rights, ensuring a "level playing field" with respect to to state aid and the regulation of business, and the mechanism for resolving future disputes.

While originally there was some measure of optimism heading into the talks last week, pressure from the French side, which reportedly demanding that Britain remain tied to EU rules, was suggested as one of the hurdles that prevented a breakthrough.

UK negotiators were ostensibly blind-sided by a sudden hardening of Brussels’ position at the behest of French President Emmanuel Macron, who upped demands for fishing rights in British waters.

A source was cited as slamming the “unprecedented last-minute demands incompatible with our commitment to becoming a sovereign nation,” adding:

“There is barely any time left, and this process may not end in agreement.”

France's Minister for European Affairs Clement Beaune reaffirmed that France was prepared to veto any deal unless it was granted "large and lasting access" to fish quotas. He also dismissed reports of a split between the 27 EU leaders on the handling of the trade talks.

"The British gamble of a split within the Union failed," he was cited as saying by the Journal de Dimanche.

Johnson Not to ‘Sell Out’ Britain

Boris Johnson reportedly has very little leeway in granting concessions to the EU, as he is under pressure from his own Brexit-supporting Tory backbenchers. Some have reportedly privately threatened the Prime Minister with a leadership contest if he were to cave in over any of the country's post-EU freedoms.

Peter Bone, one of the group of Tory MPs named “Spartans” for their hard line on Brexit, said:

“I would bet my house Boris won't sell out Britain in any deal he gets.”

Another hardline Brexiteer, Marcus Fysh, claimed Brussels, not Johnson, would have to compromise.

Tory MP Andrew Bridgen, a hardline Brexiteer, praised Johnson for standing up for the “bottom” line of sovereignty, adding:

“We are now stretching the very elasticity of the wire.”

“The British people were promised a deal and we urge both sides to get on with reaching an agreement.”

If a deal is agreed by Monday, Boris Johnson would need to sell it to Parliament, while Ursula von der Leyen must win agreement from the 27 EU heads of state by the European summit, set for the coming Thursday.

According to ex-Brexit Secretary David Davis, final ratification could drag on “for months”, calling for a temporary transition extension.

No Brexit Agreement Feasible if Differences Not Resolved, Von Der Leyen Says After Call With Johnson