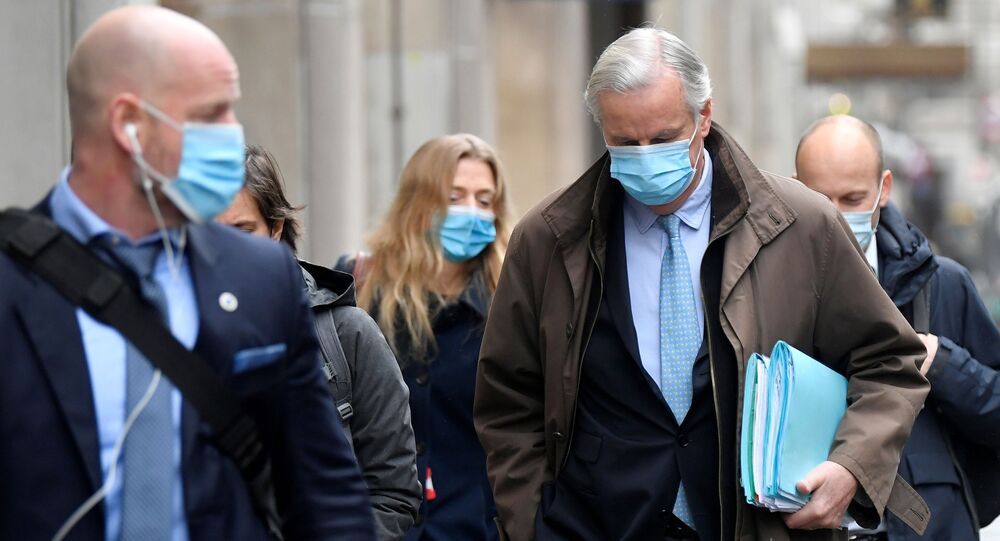 The French secretary of state for European Affairs, Clement Beaune, has reportedly thrown a spanner into the works of the UK-EU trade talks at the last minute by threatening a veto over fishing access. The British government insists, however, that it will never surrender control over its extensive fisheries and borders.

France has issued a last-minute threat to veto any post-Brexit trade deal which does not give its fishermen unfettered access to UK waters, freezing talks on the verge of agreement.

British Prime Minister Boris Johnson's chief negotiator, David Frost, and his European Commission counterpart, Michel Barnier, issued a joint statement saying the "conditions for an agreement have not been met" on the key sticking points of fisheries access, a "level playing field" for regulatory alignment and "governance".

They said the latest round of talks in London would "pause" while they briefed their sides. Meanwhile, Johnson and European Commission President Ursula Von Der Leyen will "discuss the state of play" by phone on Saturday.

"If there were a deal that isn’t good which in our evaluation doesn’t correspond to those interests, we will oppose it," Beaune said. "France, like all its partners, has the means of a veto, we must make our own evaluation of course of this deal. We owe that to the French people, we owe it to our fishermen, and to other economic sectors."

France, the Netherlands and other nations have demanded the UK stay within the European Union (EU) Common Fisheries Policy (CFP) in return for continued tariff-free trade with the bloc's 27 member states. Britain's 1,000-mile maritime Exclusive Economic Zone is by far the largest in Europe, but under the CFP, foreign boats take nearly 90 percent of their catch there.

Beaune's ultimatum was said to have been the cause of the talks breakdown, with one British government source saying Barnier brought new demands to the table just as a deal was about to be struck.

"At the eleventh hour the EU is bringing new elements into the negotiation. A breakthrough is still possible in the next few days but that prospect is receding", the source told BBC.

Downing Street responded earlier, as a spokesman warned that “time is in very short supply and we are at a very difficult point in the talks."

"What is certain is that we will not be able to agree a deal which doesn’t respect our fundamental principles on sovereignty and taking back control," Johnson's spokesman insisted. "that includes controlling our borders, deciding on a robust and principled subsidy control system, and controlling our fishing waters."

Any agreement between the elected UK government and the appointed EU commission would have to be approved by all 27 member states, as well as the UK Parliament and the European Parliament, in the few weeks before the post-Brexit transition period expires on December 31. That allows precious little time for scrutiny by MPs and MEPs.

Beaune claimed France did not want a no-deal outcome, but said that was a "risk" of Britain taking back control of its fisheries as a sovereign state.

"This risk exists. We mustn’t hide it because there are businesses, our fishermen, citizens who need to know and so we must prepare for a risk of no deal," Beaune said. "That’s to say on 31 December there will be no more free circulation, and free access to the UK market and vice versa."

In addition to fisheries access, Brussels wants the UK to abide by EU regulations it has no say in forming to ensure a "level playing field" to stop British firms out-competing European rivals. It also wants the European Court of Justice to adjudicate disputes that are likely to arise over the agreement.

© REUTERS / TOBY MELVILLE
Brexit Talks in Limbo as UK Claims EU Comes Up With New Demands at Last Moment
German Chancellor Angela Merkel, whose country's carmakers stand to lose out if export tariffs are imposed between the bloc and the UK, urged compromise from both sides.

“For the Chancellor, and that hasn’t changed for weeks, the willingness to compromise is needed on both sides," her spokesman, Steffen Seibert, said. “If you want to have a deal, both sides need to move towards each other. Everybody has their principles, there are red lines, that’s clear but there’s always room for compromise.”

European Council President Charles Michel appeared to back France's position, however, in a call for "unity" within the remaining 27 member states.

“It is really essential to make sure that what we put on the table at the end of the negotiations will be accepted by all the member states," he told a press conference. “Until the last minute, the last second of the procedure we will guarantee that unity amongst ourselves.”