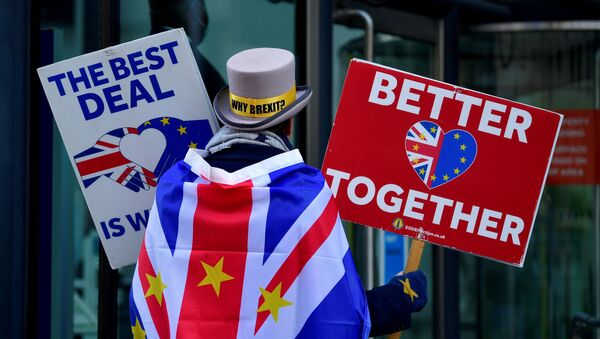 Lilia Dergacheva
All materialsWrite to the author
With the transition period set to expire on 31 December, the time is almost up for negotiating the final clauses of a post-withdrawal trade and governance deal. Yet, the latest developments from London suggest the prospect of a deal that would be acceptable to all of the parties involved might be slim to none.

Brexit negotiations, which have now entered decisive days, hit a new roadblock on Thursday, as one EU member weighed in at the eleventh hour voicing late demands, The Guardian reported citing UK sources familiar with the talks.

The latter suggested the EU had started pushing for further and harder assurances over the role of a domestic regulator of subsidies after the transition period, which, they said, is making the talks come down to the wire.

"At the eleventh hour the EU is bringing new elements into the negotiation. A breakthrough is still possible in the next few days but that prospect is receding", a UK source was cited as saying.

While it is still widely believed that the protracted negotiations could reach a climax over the weekend, the bloc's chief negotiator, Michel Barnier, could return to Brussels on Friday to brief officials and diplomats on the latest developments.

As per senior diplomats with knowledge of the agenda, the commonly agreed upon issue was that Barnier is currently treading on some of the "red lines" drawn up for him to stick to through the talks, although they don't expect he will go beyond them, with France's ambassador in Brussels having been among 11 top European diplomats saying that Barnier should by no means give in.

For now, the see-saw of the stalled talks may prompt a long expected arbitration meeting between Boris Johnson and Ursula von der Leyen, the head of the European Commission.

As Brexit trade talks have faltered, putting the sides "in a critical phase", a deal can only be struck if the European Union accepts that Britain is a sovereign nation, UK Business Secretary Alok Sharma said.

"Right from the start of this process, we've always said that a deal can only be done if the EU recognises that the UK is a sovereign independent nation," Sharma told Sky TV. "It is on the basis of that a deal will be done."

French Prime Minister Jean Castex, meanwhile, has visited his country's biggest fishing port to warn that his government had to compromise and to say that coastal communities should prepare for a "new era" in the days to come.

As talks proceed in London, Castex travelled to Boulogne-sur-Mer, Pas-de-Calais, to advise representatives of the fishing industry that they should ready themselves for change. 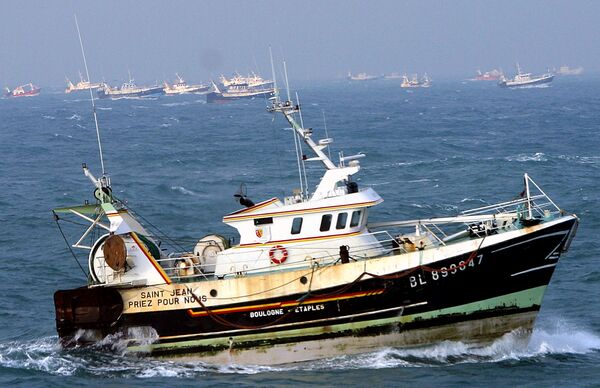 He promised "national solidarity" with "the territories concerned", while repeating France's firm stance that it would not accept a trade and security deal with the UK "at any cost", so that Europe's coastal communities, central to the talks about fishing quotas in the waters around Britain, would not be treated as a pawn in further economic sit-downs.

While the fishing industry accounts for less than 0.1% of the British economy, the sector has become a totemic issue in Brexit talks, primarily for France as an EU member state.

The British PM has frequently pointed to the importance of establishing sovereignty and control over who has access to the UK's waters, including the narrow strait at the English Channel, where the French have 80% of the cod catch.

Johnson reportedly lowered his Brexit demands the other day by requesting that EU fishing fleets hand over up to 60% of the value of stocks pertaining to the catch from British waters, down from the 80%, but this was rejected by the EU. 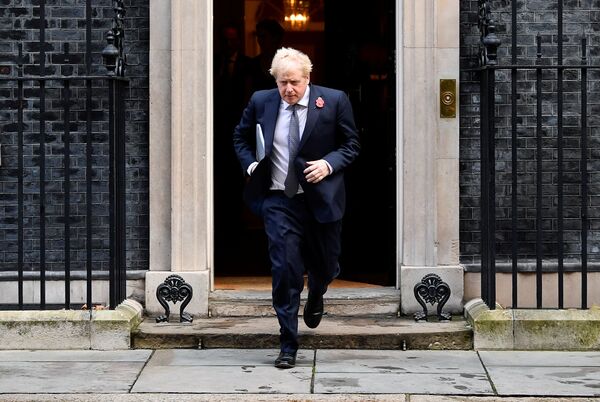 Fisheries, governance, and the specifics of level-playing field conditions to guarantee fair market play are believed to be the issues the negotiations remain stuck on. In terms of fishing quotas, each side is only ready to cede a maximum of 20 percent of current stocks to the other, according to a source briefed on the matter. Britain insists access should be decided on individually, on a  annual basis.

The sides have until the end of the year to come up with an agreement, otherwise the UK will leave without a deal, as the end of the transition period draws near. On Wednesday, Johnson's press secretary Allegra Stratton addressed the possibility, saying that while the prime minister was hopeful of a deal, he would be no less confident if talks failed.

"He is optimistic but he's also always said that he is confident and comfortable that we would be okay without a deal", Ms Stratton shared.

As for the overall prospects of the protracted talks, there is still a risk of not reaching a final comprehensive deal, French European Affairs Minister Clement Beaune told Europe 1 radio on Friday, adding that if a good deal cannot be reached France would veto it, as "each country has a veto right," he pointed out.

Meanwhile, concerns exist of there being severe disruptions between the UK-EU should a no-deal scenario play out. For instance, the European Union has made it clear to Britain that unless a breakthrough in talks is reached by Friday massive trade disruptions may become unavoidable starting from 1 January, The Irish Times reported citing a source close to the talks.