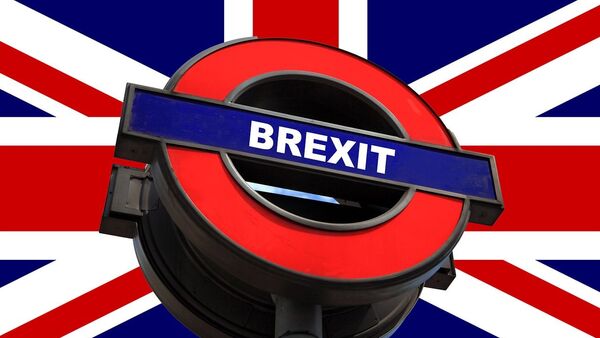 CC0 / /
Subscribe
Alexander South
All materials
Britain left the European Union on 31 January after 47 years of membership. However, the sides still can’t negotiate a post-Brexit agreement. Brussels has signalled that the talks have reached a “make-or-break” moment”. Both sides have until the end of the year to come up with an agreement, otherwise the UK will leave without a deal.

Lawmakers in Britain have warned that the country’s Channel crossings still face the risk of "serious disruption and delay" next month, following the end of the Brexit transition period. Meanwhile, Michel Barnier, the EU’s chief Brexit negotiator, reassured European counterparts that he would continue to protect the bloc’s interests, whilst acknowledging that London and Brussels were still exploring possible compromises on a free trade agreement. With more on this story, Sputnik spoke to the political commentator Bob Lister in this interview.

Sputnik: Are you surprised that so many problems with the UK's exit from the EU still remain unresolved?

Bob Lister: I think there are a few doom-mongers from the Remainers that are spreading these rumours. I mean we've had four years to prepare for these things, so why haven't we prepared? Something that does trouble me is that - I don't have a holiday home in Europe, but if I did and I wanted to go and spend six months there a year, you can't. According to the latest news, they're saying that you can only stay in an EU holiday home for three months if you're a UK citizen. Yet, why haven't the UK retaliated and said "well, we'll do the same"? It seems to be the EU's threatening us with things, but the UK don't retaliate. Is that because we don't want to retaliate? Or we just roll over and take it? I don't know.

Sputnik: At this stage in the process, is it safe to assume that neither the EU nor Britain, are committed to striking a post-Brexit trade deal? What is Boris Johnson doing in these negotiations, should he be allowed to head negotiations at this crucial stage in the talks?

Bob Lister: Leave [David] Frost [prime minister's Europe adviser] to the negotiation. He's done an excellent job. He's recovered the situation from the disaster that was Theresa May; so let Frost deal with it [and] keep Boris out of it totally. Boris has qualities, but I don't think negotiation is his forte. So, let's just keep Boris totally out of it. I mean, Merkel and Macron aren't dealing directly with the UK, so why should Boris now step in? Just leave it to the negotiators, Barnier and Frost, to either do a deal or not do a deal. Let's just keep Boris out of it. Boris' involvement might be and might lead towards a BRINO (Brexit in name only) deal. Who knows?

Sputnik: How will these failures impact Boris Johnson going forwards? For example, could we see a vote of no confidence or even a leadership challenge arise if Johnson fails to deliver on Brexit?

Bob Lister: Most definitely, I'm sure that would happen. It has to happen. We'd just lose total confidence in Boris and sadly, it could lead us into a coalition. Let’s hope a proper deal is done and we don't concede any rights. There is talk about conceding the European Convention of Human Rights. Some people think that's a good idea, some people don’t think it's a good idea, I'm not sure personally. Any involvement from the EU to the UK, I think, is not right. I think we just need a universal policy of human rights, not a European policy.

000000
Popular comments
He delegated Frost to handle, and handle it he shall. Quit fiddling with it behind the scenes and for pressers.