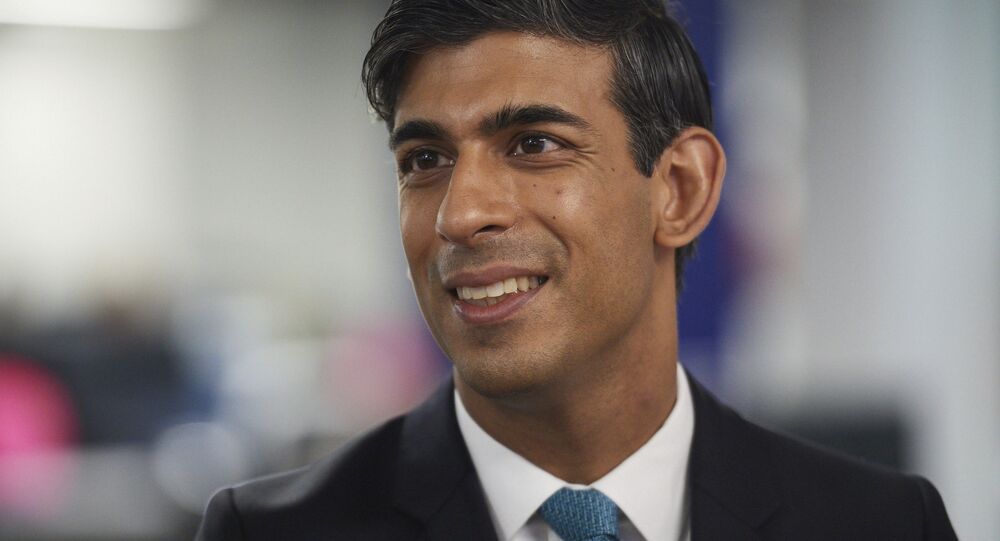 The BBC dismissed all accusations targeting the company and the comedian implicated in the 'race row', saying that the guest on the programme had only suggested that Prince Charles and the Chancellor had a “passing resemblance”.

The BBC has come under fire after the guest of a comedy radio show compared Chancellor of the Exchequer Rishi Sunak to 'what Prince Charles would look like in brownface', reports The Sun.

The comment, coming at a time of heightened awareness of racial issues, was made during The Leak, a comedy radio show on BBC Radio Wales.

Leila Navabi, a 21-year old comedian, had mocked Rishi Sunak over the newly-released 50p coin commissioned by him that reads “Diversity Built Britain".

Conceived as a gesture aimed at recognising the contribution of ethnic minority communities in the country, Navabi dismissed the coin as a “vacuous grand gesture” and “virtue signalling", adding in the comedy skit:

Rishi Sunak, born in Hampshire to Indian Hindu parents, was formerly a Goldman Sachs banker and is one of the wealthiest members of the Cabinet. Boasting a £7 million London home, a £1.5 million estate in Yorkshire and a holiday home in California, he is also married to Bangalore-based industrialist billionaire N. R. Narayana Murthy’s daughter Akshata Murthy.

As the presenter of the show, Tom Price laughed in response; the young writer, comedian and producer quipped that “nobody likes the coin, the right say they reckon it is virtue signalling and the left seem to agree.”
Navabi then jibed:

“Rishi Sunak represents a lot of things for us as a society, not least what Prince Charles would look like in brownface.”

In response to the comments Sunak’s predecessor Sajid Javid was quoted by The Sun as saying:

“It's the kind of thing I expect to hear from trolls on Twitter, not the BBC. The BBC should celebrate ­diversity, not sow division. I hope they think more carefully in future.”

A BBC spokesman was quoted as saying:

“In this instance, we believe that the comedian, who was a guest on the programme, was suggesting that Prince Charles and the Chancellor have a passing resemblance.”

Nevertheless, the BBC has been fending off backlash after the show.

Foreign Office Minister James Cleverly tweeted that the left “don’t like to see BAME people successful”, using the abbreviation that typically refers in the UK to Black, Asian, and minority ethnic people.

It follows a pattern.

The left really don’t like us BAME people being successful, do they.

​Netizens similarly weighed in on the show and the remarks made by the comedian.

In fact, it's exactly the kind of deeply unfunny hypocrisy one would expect to hear from BBC Comedy - an oxymoron if ever there was one.

Ironic that @darrengrimes_ was going to be investigated for stirring up race hate.

All the BBC does with its never ending narratives on identity politics is sow division.

The more they rant on about Rishi, the more it enhances his profile and number of admirers. They are idiots. But, by all means, carry on.

​Some netizens took a different stance, refusing to perceive the BBC as the culprit here.

The jibe was made on the comedy show "The Leak" for which the Corporation as such cannot be blamed. It should be for the BBC to launch an enquiry into what was said and by whom? Over the air waves are people allowed an opinion to be dismissed without rancour?

​Others seemed to rather share Leila Navabi’s opinion of the UK Chancellor.

The comedian accuses Rishi Sunak of “not representing brown people”. As he is elected to be a representative for a constituency which has only 1.1% of its population as Asian, I’d bloody well hope he doesn’t!

Other netizens were not impressed with the entire row.

The woke will always eat themselves, like a snakes eating it’s own tail.

The Sun described Leila Navabi (who?) as a comedian. Anyone heard of her?