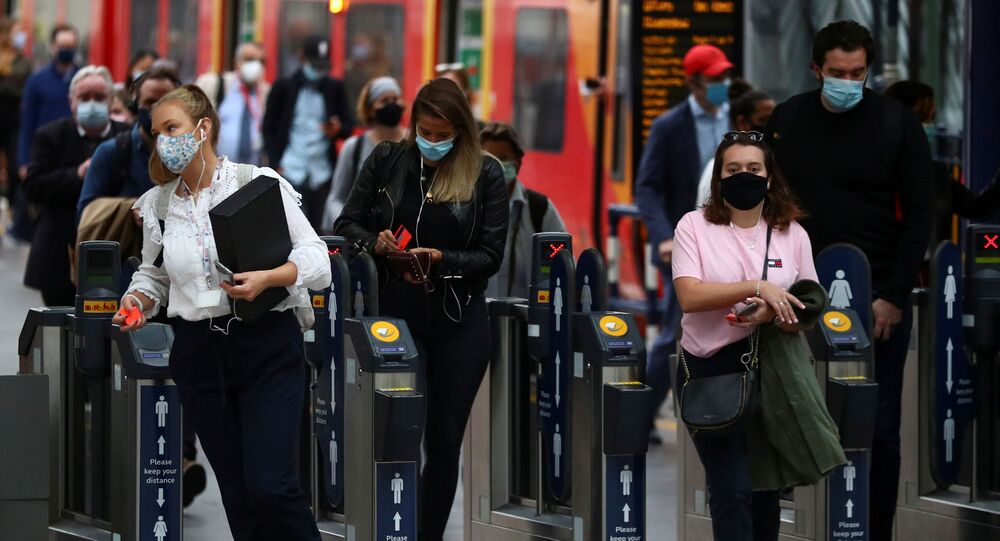 Not That Funny: UK Comedian Claims Virus Worse Than COVID-19 'Will End Humanity'

The COVID-19 pandemic shows no sign of abating as the number of global confirmed cases has now surpassed 38 million, with more than one million fatalities, according to Johns Hopkins University's latest estimates.

British comedian and producer Ricky Gervais remains downbeat about the future of the human race in light of the ongoing coronavirus pandemic, predicting that another deadly virus may finally wipe out the world's population.

"I'm just hoping COVID will settle down. I don't think this will end humanity – the next one will, the next thing will come", the 59-year-old claimed during a live internet chat on Thursday.

Gervais also gave his thoughts on which animal may add to an outbreak of the unknown virus given that the COVID-19 outbreak started after the virus was passed to humans from bats.

"Someone will just be like, 'What's this one?' Someone somewhere has been eating aardvarks and it is the worst f*****g disease ever – your eyes fall out, because someone ate a f*****g aardvark. So, that will kill us", the director of the popular British television mockumentary sitcom The Office argued. Aardvarks are a medium-sized nocturnal mammal native to Africa.

The comedian insisted that civil war and global warming also remain the biggest threats to humanity, adding that these hazards put his daily irritations "in perspective".

In an apparent nod to UK Chancellor Rishi Sunak's recent advice to people out of work to retrain as the country heads for another national lockdown, Gervais said that he would become a "woodman" if necessary.

"I'm a qualified f*****g idiot. I think it would be something to do with science and nature, either academic or just helping wildlife, even if was like volunteering keeping woodlands – it would be quite nice. Like a woodman. I'd live in a log cabin in the wood, I'd chop down trees that are dangerous and I'd get visited by magic goblins and faries when I lose my axe", he noted.

© REUTERS / Jason Cairnduff
Boris Johnson Had Reportedly Overruled Advisers’ Shortlist of Harsher Lockdown Measures in UK
The remarks came after UK Prime Minister Boris Johnson announced that as coronavirus cases were spiking in Britain, the country would be carved up under a three-tier system, based on infection rates.

Last month, he admitted that Britain was "now seeing a second wave [of the COVID-19] coming in", but added that a second national lockdown was the "last thing anybody wants".

The World Health Organisation's latest situation report indicates that as of Thursday, the number of confirmed coronavirus cases in the UK had soared to 654,648, with 43,155 fatalities.