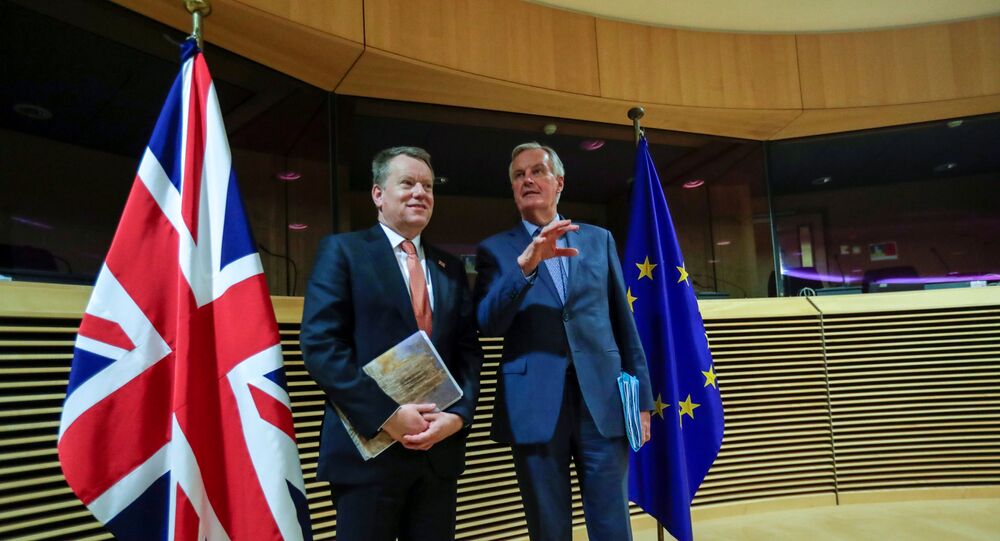 UK post-Brexit trade negotiator Lord David Frost was set to meet his EU counterpart Michel Barnier on Thursday for a new round of talks, with just one week remaining until the October 15 deadline to clinch a deal.

With just one week until the October 15 deadline for a post-Brexit trade deal, Barnier will meet with his British counterpart Lord David Frost in London on Thursday in a bid to break the months of deadlock.

A source told the Daily Express that before leaving Brussels, Barnier warned ambassadors from the remaining 27 EU states to drop demands for continued access to British fisheries if they wanted the UK to stick to the EU ban on state aid to businesses.

“Maintaining the status quo in UK waters will not be feasible,” Barnier reportedly told the meeting. “So the most concerned member states will need to explore room to move towards the UK in terms of quota allocation, provided the UK meets the EU on governance and state aid.”

Barnier, a French politician who represents the powerful EU Commission in talks, has repeatedly insisted that free trade with the UK after the end of the Brexit transition period on December 31 must depend on a regulatory "level playing field" - where the UK follows EU rules it no longer has any say in making.

The fisheries issue has been a touchstone of the campaign for Britain to leave the EU led by Brexit Party leader Nigel Farage.

Charles Michel, president of the European Council group of EU heads of government, said on Wednesday “The EU prefers a deal, but not at any cost" and that it was "Time for the UK to put its cards on the table.”

But UK Prime Minister Boris Johnson told the BBC's Andrew Marr earlier this week that while a deal remained in reach, UK would still “prosper mightily” without one.

“I think actually the people of this country have had enough," he said. "They’ve had this for a long long time, being told that this or that was impossible or intolerable. I think we can prosper mightily under those circumstances.”

Speaking before a House of Lords committee on Wednesday, Frost hinted that Downing Street would give ground on state aid, specifically regarding government subsidies - widely applied by the EU in the agricultural sector.

Subsidies "must be proportionate, there must be openness and transparency about what they are, they must be aimed at bringing about a degree of change in behaviour, they must be the right instruments for the purpose and you should not in general subsidise if there are negative effects on trade and investment," Frost said, "Those are all commitments that we are willing to make".