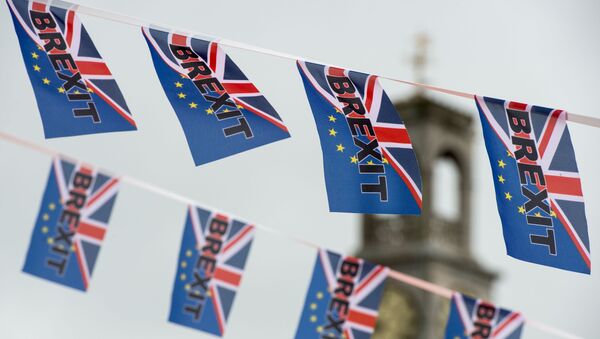 It’s been reported that Britain and the EU have made positive progress on agreeing on social security rights for their citizens after Brexit. As a result, diplomats in Brussels was now preparing to negotiate with counterparts in London until as late as mid-November - rather than cutting talks off at the start of next month.

With more on this story, Sputnik spoke to London Mayoral Candidate Winston McKenzie, in this interview.

Sputnik: Winston, what are your initial thoughts on these positive steps between Britain and the European Union? Is a deal insight for the UK?

Winston McKenzie: The Prime Minister of this country hasn't got the ambition to take us out of the European Union and now they're saying there's a thin, watered-down sort of deal, or some sort of deal on the table.

I like a lot of people are angry about this.

Sputnik: How does this match with public opinion? For example, would the British people rather a no deal at this point?

Remaining a sovereign state would give us the opportunities to take care of things like illegal immigration and that's another story in its entirety. They want our hardware, they want our finance, all these things have to be taken into consideration. We have this stop-start business of we will, and we won't, and we may be and all the rest of it - it's like kids in a kindergarten.

It's not the way the British public want to go forward.

Sputnik: What consequences may arise if Brexit is not handled properly or delivered to the expectations that the majority of the country voted for in 2016?

Brexit, Drug Shortage, Communication Failure – Experts on Dangers of UK’s Second Wave of Coronavirus
Winston McKenzie: I believe there are people in the office at the present moment who are just in office for the sake of being in office. This threat of the European Union has never been more prominent and palpable than it is today.

If we don't walk away if after the end of October, we are still in the European Union, the talking is still going on then things can only escalate from there. Already we're seeing what COVID is doing to our society; people are waiting for cancer treatments, they're dying, children are being taken out of school.

This is the perfect scenario for the globalists to take over and unless we get a mighty leader who stands up and says, look, we're going to fight this virus. We're going to leave the European Union. We are a sovereign nation. We will abide by our rules, our terms, our conditions. This is Great Britain that's what we are.