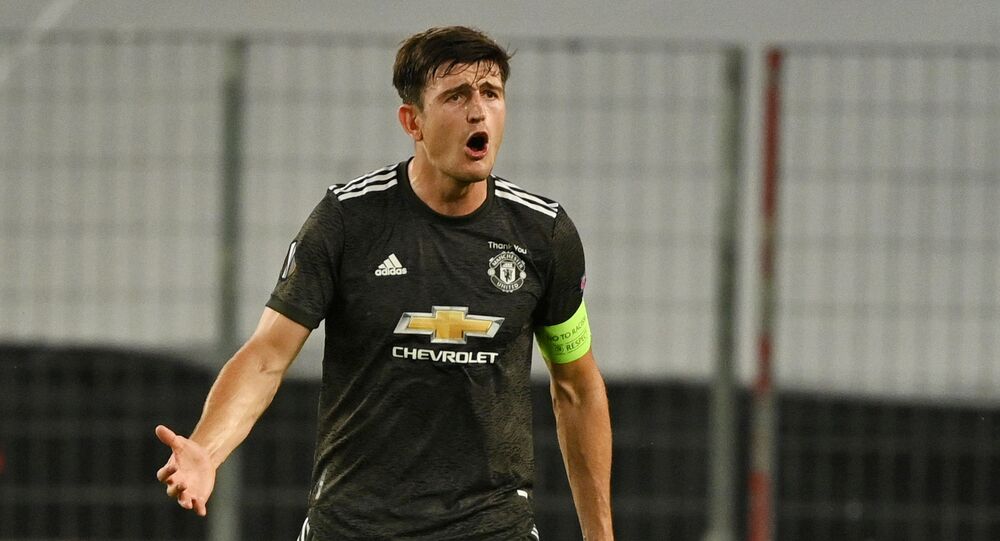 Manchester United captain Harry Maguire was earlier arrested on Mykonos after he, according to police, punched an officer after Maguire's sister was "stabbed by an Albanian thug". Maguire has denied any wrongdoing.

Gareth Southgate, head coach of England national team, confirmed on Tuesday that Harry Maguire had been withdrawn from the squad in the wake of an incident that took place in Greece's Mykonos in late August, when the Man United captain became involved in a squabble with police officers, after he allegedly assaulted one following an argument involving his brother and a friend. Following the incident, Maguire was charged and received a suspended sentence.

"In light of this evening’s developments, I can confirm I have withdrawn Harry Maguire from the England squad for the matches against Iceland and Denmark. As I said earlier today, I reserved the right to review the situation. Having spoken to Manchester United and the player, I have made this decision in the best interests of all parties and with consideration of the impact on our preparations for next week", Southgate said in a statement.

Maguire received a 21-month suspended sentence after being found guilty of repeated bodily harm, attempted bribery, and insult and violence against a public employee - something that he denies and intends to appeal.

The brawl between Maguire and police officers was reportedly caused by what Maguire described as an attempt by an unknown person to inject his sister with a "rape drug". When police became involved in the conflict, the three Englishmen reportedly tried to resist and then bribe the officers, and were later detained.

"Following the hearing today, I have instructed my legal team with immediate effect to inform the courts we will be appealing. I remain strong and confident regarding our innocence in this matter - if anything myself, family and friends are the victims", Maguire said after the hearing, cited by Sky Sports.

Maguire did not attend the hearing, but was represented by his lawyers.

According to Sky News, citing the prosecution, Maguire, who claims he is not guilty, arrived at the police station and tried to bribe the officers: "Do you know who I am? I am the captain of Manchester United, I am very rich, I can give you money, I can pay you, please let us go".

Maguire's lawyer asserted that the footballer's sister was injected with an unknown substance, after which she immediately fell unconscious. When Maguire attempted to have her transferred to the hospital, they were brought to the police station instead where he was allegedly kicked in the leg by a police officer, who then told him his career was over.