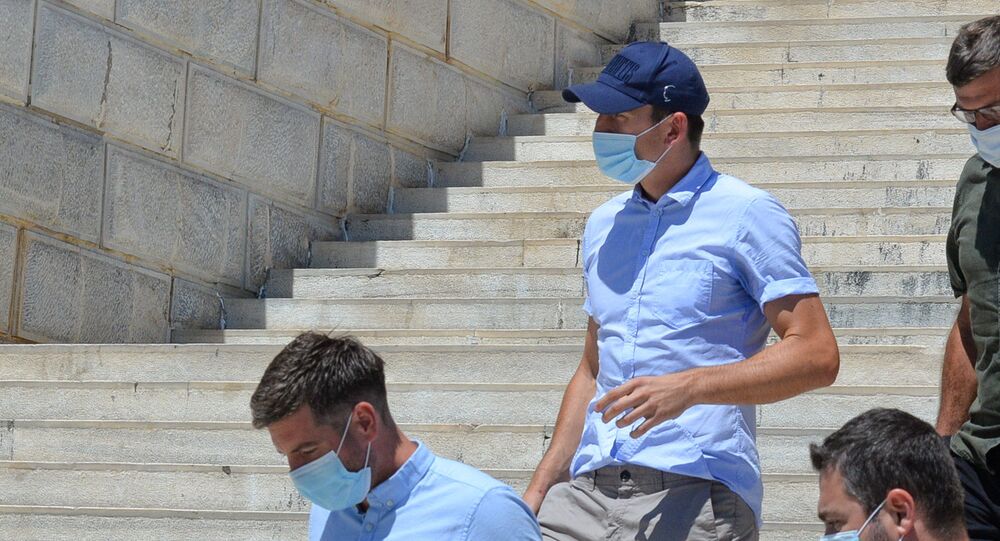 The Manchester United ace reportedly does not have to attend his trial in Greece where he might receive a suspended sentence.

Manchester United and English national football team captain Harry Maguire was arrested in Greece following an altercation involving his sister and a group of Albanian men, The Sun reports.

According to the sources cited by the newspaper, Maguire was in a bar in Mykonos on Thursday, when his sister Daisy, who was also present at the venue, was approached by a group of Albanian men whom one of the sources described as "gangster types".

After Daisy spurned the advances of one of the men, he then stabbed her in the arm a metal straw, "drawing blood and causing her to faint", and prompting Harry to step in.

"Harry saw what was happening and remonstrated with them and things got heated", one source said. "He decided to try to get out of there and wanted to hail a taxi. But he ended up arguing with some undercover police officers and ended up at the local police station."

Having spent the rest of the night in a detention room at a local police station where he "charmed cops" by chatting with them about football, Harry was taken to the neighboring island of Syros the next day and, having spent a night in a cell there as well, "was then bailed and told he could leave the country after he denied a string of charges for assault, verbal abuse and bribery".

As Maguire is "thought to have returned to the UK on Sunday", he apparently does not have to attend his trial on Syros this week, the newspaper notes, adding that while the maximum sentence there could be three years in jail, the footballer may instead receive a suspended sentence.