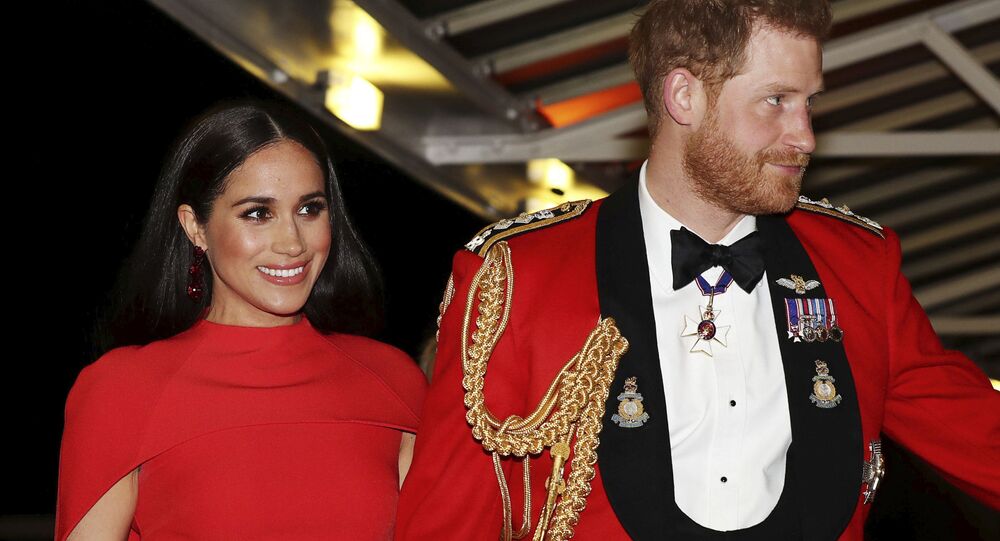 Harry and Meghan 'Were Not Interviewed' for New Royal Book

A new biography about the lives of the Duke and Duchess of Sussex is due to be released next month. The book written by experienced royal correspondents aims to debunk some of the misconceptions about the couple and their reasons for stepping down as senior members of the Royal Family.

A spokesperson for the Duke and Duchess of Sussex has said that the couple “were not interviewed” and “did not contribute” to the forthcoming book about their life in the Royal family.

“Finding Freedom” by Omid Scobie and Carolyn Durand which promises to “dispel the misconceptions” about the Sussexes is due to be released in August and is currently running as a series of extracts in the Times and SundayTimes.

The couple’s spokesperson said in a statement that, "This book is based on the authors' own experiences as members of the royal press corps and their own independent reporting."

Extracts from the biography claim that relations had deteriorated so much between the Sussexes and the Cambridges (William and Kate) that they were barely speaking by March.

The book also reveals that the Duchess of Sussex told a friend that “she gave up her entire life” for the Royal family. Before leaving the UK it is alleged that she said, “I was willing to do whatever it takes. But here we are. It’s very sad.”

The authors describe the couple’s frustrations behind closed doors and a culture of growing tensions between the Sussexes and other members of the Royal family.

They wrote that the couple felt that their complaints weren’t taken seriously and that other royal households were leaking stories about them to the press.

"There were just a handful of people working at the palace they could trust,” they write. “A friend of the couple's referred to the old guard as 'the vipers'."Meanwhile, a frustrated palace staffer described the Sussexes' team as 'the squeaky third wheel' of the palace."

The book is also reported to reveal that Harry felt “unprotected” by his family and berated for being “too sensitive and outspoken.”

The Duke and Duchess are now based in Los Angeles, California after stepping down from their positions as senior royals earlier this year.

Their last public appearance as members of the royal family was at a Commonwealth Day service at Westminster Abbey on 9 March.

“Finding Freedom” is due to be released on 11 August and extracts from the book will be published in the Times and Sunday Times in coming days.