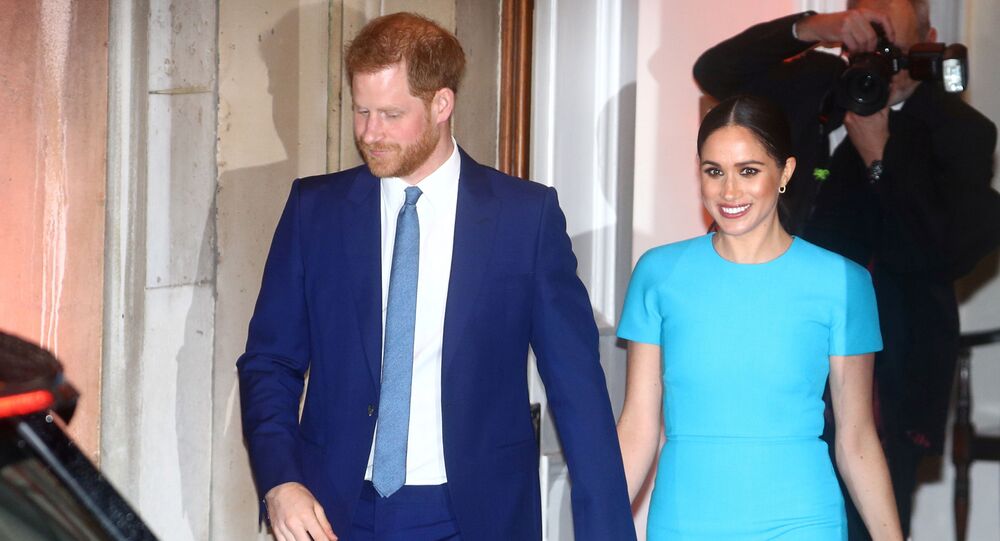 The Sussexes moved to Los Angeles in March after stepping down from their senior royal positions to pursue a financially independent life. According to the couple, their move to North America was motivated by a desire “to escape the incessant UK tabloid fabrications”, but it does not seem that they have found much peace in the US so far.

Prince Harry and Meghan Markle have filed an invasion of privacy lawsuit against California paparazzi, accusing unidentified media personnel of taking pictures of their 14-month-old son at their home without permission, while mislabelling images as being taken in public, The Hollywood Reporter's Eriq Gardner first revealed.

The development was confirmed to AFP by the couple’s lawyer Michael J. Kump, an 'attorney to the stars' who has represented Kim Kardashian and her family members in a number of past litigations. According to Kump, “the Duke and Duchess of Sussex are filing this lawsuit to protect their young son's right to privacy... and to uncover and stop those who seek to profit from these illegal actions.”

The lawsuit was filed in California, where it is illegal to take photos of people at home without their permission, even if the pictures are taken outside the property, using telephoto lenses or drones. The complaint says that the Duke and Duchess of Sussex “recently learned that someone is shopping photographs of their 14-month-old son, Archie, falsely claiming to have taken them on a 'recent' public outing 'in Malibu’”.

"But Archie has not been in public, let alone in Malibu, since the family arrived here,” it said, arguing that the snaps were actually taking during “activities in the backyard of the residence, unbeknownst" to the boy’s parents.

By suing John Does, this one sets up the potential for discovery... pic.twitter.com/dJPd6vaKUp

​As the couple is not aware of the identity of the candid photographer or who sold the photo, the defendants in the complaint are currently listed as three “John Does”. The complaint seeks to identify these individuals and require them to withdraw all photos of Archie from the public domain, as well as to stop following the family in an illegal way.

Life in North America and Another Lawsuit

Since Meghan Markle and Prince Harry moved to California via Canada in March, they have been victims of increased media attention, with paparazzi often using drones to fly over their temporary home as low as six meter above the property, the suit claimed. The couple also said that the media personnel went as far as to make holes in their security fence, which was erected in a bid to block photographers from taking snaps of their family.

According to the complaint, the couple’s decision to leave Britain was motivated by “an attempt to escape the incessant UK tabloid fabrications”, which they said they managed to do in Canada for some time, until a British tabloid, the Daily Mail, revealed their exact location, creating “harassment and intimidation” for the family and local inhabitants.

© AP Photo / Matt Dunham
Is Meghan Markle Eyeing the White House?
The Duke and Duchess of Sussex announced that they would step down from their royal duties in January to pursue a financially independent life that would be balanced between UK and North America. In Britain, 38-year-old Markle is also suing the publisher of the Mail on Sunday for printing private correspondence between the former actress and her estranged father.

The lawsuit was brought up after Meghan’s husband Prince Harry launched a vivid attack on British media by accusing tabloids of “waging campaigns against individuals with no thought to the consequences”, while comparing “private suffering” of his wife in dealing with the press to what happened to his late mother, Princess Diana.