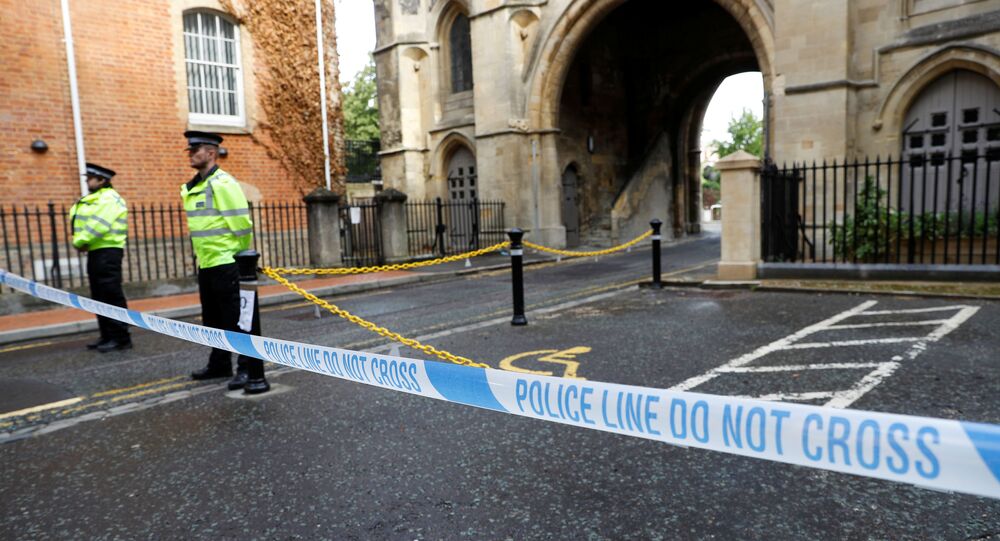 A Libyan refugee is being held as a suspect in a stabbing attack in Reading, England, that left three people dead and injured several others on Saturday in what authorities are treating as a terrorist incident.

Khairi Saadallah, a Libyan refugee who is being held as a suspect in an alleged terror attack in a Reading park, 65 km to the west of London, UK, was previously known to security services and the authorities, reports The Guardian.

According to sources cited by the outlet, no serious risk was identified after an investigation by MI5 into Khairi Saadallah, age 25, in 2019.

The man, who was granted asylum in the UK, is also believed to have served prison sentences for a spate of minor offences not related to terrorism.

It was indicated that the man had been looked into as someone who might travel abroad “for extremist reasons”. Since it was not determined that the man presented any immediate threat, the probe was brief and closed without any subsequent action taken, writes the outlet.

It was also added that intelligence agencies allegedly suspected that Saadallah had mental health problems.

While initially arrested on suspicion of murder by Thames Valley police within five minutes of the first call at 6.56 pm, Saadallah was subsequently rearrested under Section 41 of the Terrorism Act 2000.

© REUTERS / PETER NICHOLLS
Police officers stand behind the cordon at the scene of multiple stabbings in Reading, Britain, June 21, 2020.

According to witnesses, the suspect had approached a group of some ten people resting in Forbury Gardens and began to stab them.

There is reportedly no immediate evidence to suggest that the stabbing was linked to an allegiance to Daesh* or al-Qaeda, with police believing the man had acted alone.

“From our inquiries so far, officers have found nothing to suggest that there was anyone else involved in this attack and presently we are not looking for anyone else in relation to this incident”.

Earlier, as the UK Prime Minister and other leading public figures condemned the attack and expressed condolences to the victims’ relatives, Boris Johnson said the government was prepared to act on lessons that emerge from the tragic incident.

“… If there are changes that need to be made to our legal system to stop such events happening again, we will not hesitate to take that action – as we have before, you will recall, over the automatic early release of terrorist offenders”,” said Johnson in a statement recorded at Downing Street.

Khairi Saadallah: What is Known About the Terror Suspect in Reading Park Knife Rampage?