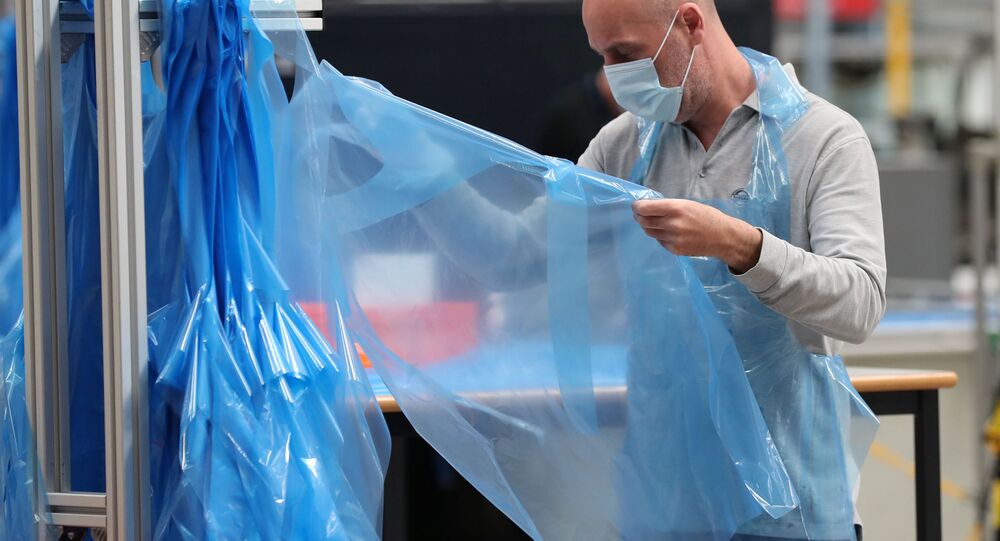 London had to purchase as many personal protective equipment units as possible back in April amid severe shortages in the National Healthcare Service, as trade unions warned that medics may refuse to work due to the crisis.

It is understood that the British Health Department is due to return the 400,000 gowns sent by Turkey because the equipment failed UK safety standards, The Guardian reported on Thursday.

The long-awaited supply was delayed several times and finally arrived in the UK on Royal Air Force planes in April, but the equipment won't be used by medics.

According to the publication, the British authorities will be seeking a refund for the items, which are currently being stored in a facility near Heathrow Airport.

In the meantime, a British Medical Association survey has revealed that almost half of English doctors had to source their own PPE or relied on a donation when none was available for them via usual NHS channels.

At the moment, Britain is one of four countries with over 200,000 coronavirus cases, alongside the US, Spain, and Italy. The UK also surpassed Italy in the number of fatalities and now holds second place after the US with over 30,000 fatalities from COVID-19, according to Johns Hopkins University.