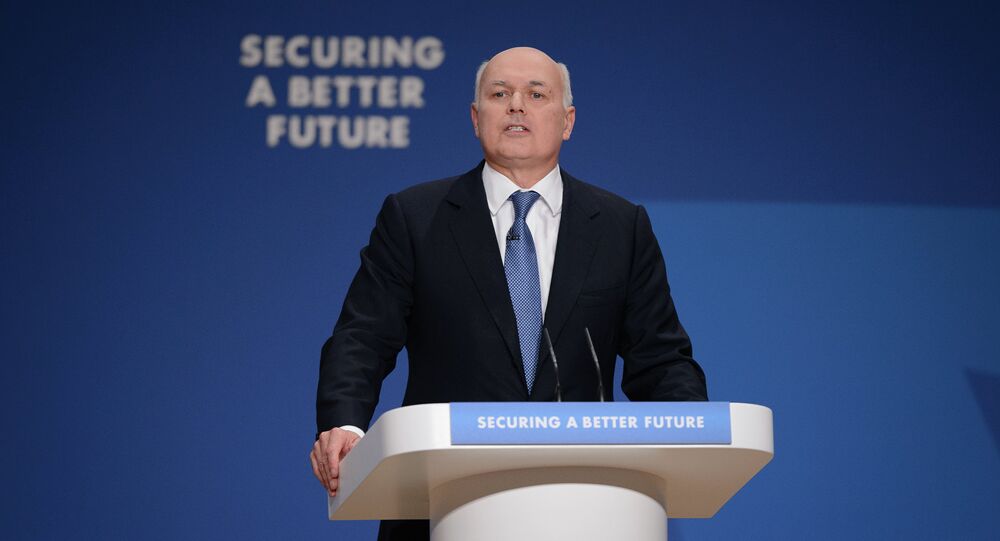 Rebel Tory MPs along with government ministers have planned to introduce an amendment aimed at blocking the world's largest IT telecoms provider from building British 5G infrastructure. The news comes as US officials place further pressure on London to block the Chinese telecom giant as talks are set to take place on a future US-UK trade deal.

Eight 'rebel' Conservative MPs have tabled an amendment urging the UK government to remove and ban all equipment from Huawei Technologies in the nation's mobile network infrastructure by the end of 2022, the Financial Times reported on Friday.

The group, including four Cabinet ministers, is being led by Sir Iain Duncan Smith, Owen Paterson, David Davis and Damian Green who are gambling on the move, despite needing 44 votes to block UK prime minister Boris Johnson's Commons majority.

The amendment is set to be introduced next week in line with the UK's telecommunications infrastructure bill, but may not be effective as it only applies to leasehold property owners failing to respond to telecom providers, but could lead to further clashes in future decisions on Huawei later this year, the Guardian reported.

It proposes that telecoms network operators should not use any equipment supplied by "high risk vendors" designated by the National Cyber Security Centre, despite the NCSC failing to specifically name Huawei.

The news comes as Huawei's chief EU representative, Abraham Liu, told reporters in Copenhagen that he was confident that some European telecoms firms would allow his company to provide 5G technologies for core networks,

Mr Liu said as quoted by Reuters: “It’s important to let them (operators) have the freedom of choice, and they are going to judge which supplier can bring them the best business value.

He added that operators would have "100 percent control" over 5G technology, even using Huawei equipment, stating that the Chinese firm builds "the whole highway" with operators handling the "tollgate and how many cars are running" on it.

He concluded: "We give the key...They have the full control of that."

Push-Pull Between US and UK Amid Ongoing Trade War

Despite Tory dissenters raising their objections on Thursday, citing an important potential trade deal with the US, Huawei has been operating in the UK for almost 19 years and used in UK networks since 2003.

The Trump administration began its campaign aimed at blocking the Chinese tech giant from expanding its market share across Europe in May last year after it placed Huawei, ZTE and over 70 Chinese tech firms on an entities list, barring US chipmakers and tech companies from buying and selling to China.

UK head of MI5, Sir Andrew Parker, also affirmed in January that there was "no reason to think" the UK's relationship with the Washington would suffer after approving Huawei's involvement in British networks, adding that the relationship between Five Eyes countries - The US, UK, Canada, New Zealand and Australia - was "the strongest they've been".

Washington continues to accuse the Chinese firm of using its products to spy on behalf of the Chinese government, which both Beijing and Huawei have repeatedly and sharply denied. The accusations come amid a major scandal which revealed that the US Central Intelligence Agency had commissioned a Swiss encryption firm to spy on 120 countries around the world.