Riots Sweep US After Black Man Dies During Police Arrest

Riots have been raging in Minnesota for several days after 46-year-old black man George Floyd died in custody on 25 May after being tackled and pinned to the ground by police. The protests have quickly turned violent and spread to other US states, many of which have already introduced curfews, called in National Guard, and declared state of emergency.

One of the four officers involved held a knee to the neck of the man, whose close-to-last words were "I can't breathe". The police were responding to a call from a local grocery store where Floyd had allegedly tried to pay with a counterfeit $20 bill.

Amid the complicated situation, Minnesota Governor Tim Walz decided to call the National Guard to help deal with the civil unrest, the first time this has happened in 12 years. 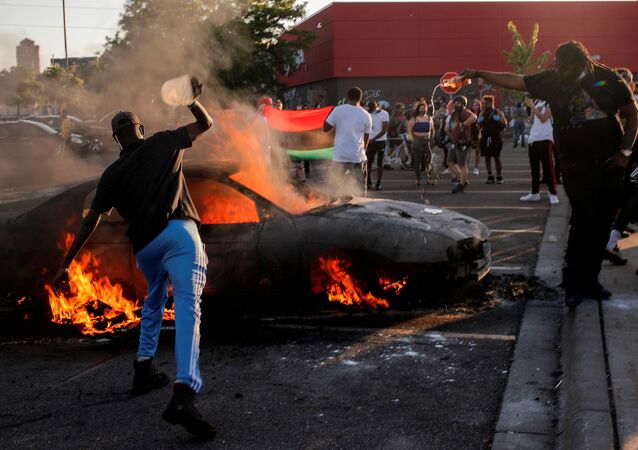