Russian politician Boris Nemtsov was killed at 11:40 p.m. Moscow time on February 27 (20:40 GMT), when several shots were fired at him from a car, while he was walking with a female companion from Ukraine in central Moscow. Nemtsov, who served as Russian deputy prime minister under the country's former President Boris Yeltsin, was a co-chair of the RPR-PARNAS (Republican Party of Russia – People's Freedom Party) since 2012 and was also one of the leaders of the liberal Solidarnost movement. 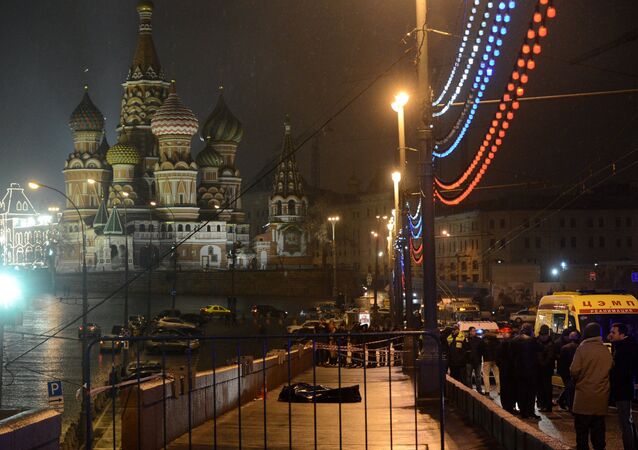