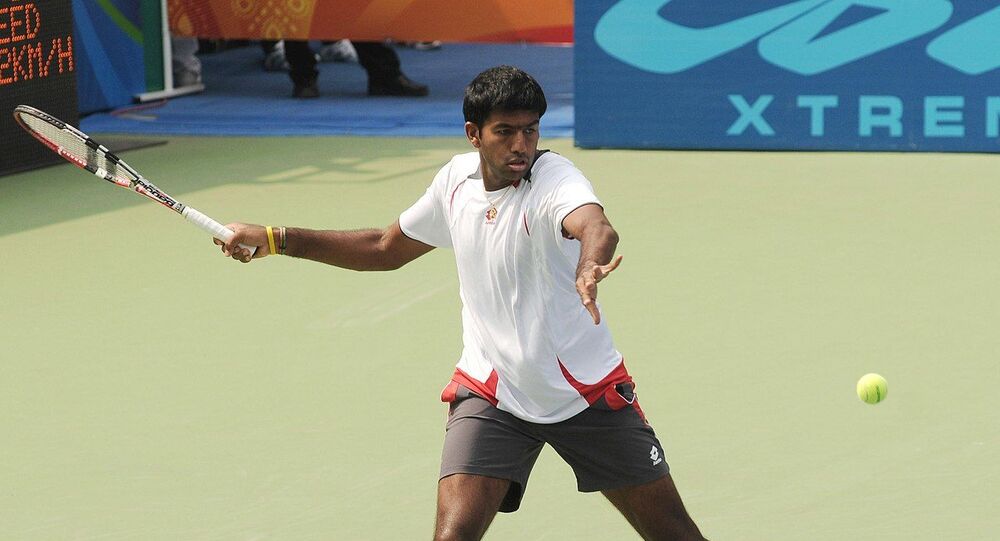 A massive controversy has hit Indian tennis just three days ahead of the Tokyo Olympics opening ceremony, with the country's top-ranked doubles player Rohan Bopanna accusing the All India Tennis Association of misleading the players. Female superstar Sania Mirza has also slammed AITA, saying India missed out on an opportunity to win a medal.

The war of words between doubles specialist Rohan Bopanna and AITA escalated on Tuesday after the tennis star released an audio tape, featuring an alleged conversation between him and AITA's Honourary Secretary General Anil Dhupar on Twitter. The tweet has been deleted now.

50years and this is still going on. I really really hope for the betterment of Indian tennis there is a change.
Our future tennis players deserve better administration . #bringthechange https://t.co/2UnDJr5rCs

In the tweet, Bopanna also accused Anil Dhupar of lying about the Olympics qualification process, wherein he was set to compete in Tokyo alongside Sumit Nagal in the men's doubles category.

Hear this if you haven’t. Why did Mr. Dhupar say ITF has confirmed and accepted Sumit and Rohan as a pair? And yesterday the statement by AITA says it never happened. @Maheshbhupathi @rohanbopanna I don’t think this reflects well on our tennis. pic.twitter.com/akP0Vn4zIN

Bopanna's continuing tirade against the governing body of the sport in India came a day after the controversy first surfaced on Monday, when he said in a Twitter post that the International Tennis Federation (ITF) had never accepted the entry request filed by him and Sumit Nagal as a doubles pair.

According to him, it was contrary to AITA's position as the tennis body had paired him with Nagal in the men's doubles after withdrawing Divij Sharan's name from the competition.

Initially, AITA had paired Bopanna with Sharan for the men's doubles event, but Bopanna and Sharan had failed to directly qualify due to their low ranking. Bopanna and Sharan were ranked a combined 113, considered relatively low for both the ATP and the Olympics doubles competition.

However, once Nagal qualified for the men's singles last week after several big names, including former World No. 1 Roger Federer, 13-time Roland Garros winner Rafael Nadal and reigning US Open Dominic Thiem pulled out, AITA decided to pair Bopanna with Nagal as the ITF was giving priority to singles players in the doubles draw.

India's most popular tennis player Sania Mirza joined Bopanna in blasting AITA for the goof-up, which she said was a major loss for the nation as a genuine shot at a medal in the mixed doubles had been compromised due to the mistake made by the organisation.

Whaaattt???If this is true then it's absolutely ridiculous and shameful..by this it also means that we have sacrificed a very good shot at a medal in the mixed doubles if you and I would have played as planned. We were both told that you and sumit's names hav been given .. https://t.co/h3fGkK0im8

​Sania's tweet indicated that she would have paired with Bopanna in the mixed doubles, if he had made the cut for the Games.

Unlike Bopanna, Sania would still feature in the Games in the women's doubles alongside Ankita Raina.

It wasn't just Sania who backed Bopanna, a large number of social media users also came out in his support once the spat began trending on Twitter.

Spoken to @rohanbopanna and a colleague has also spoken to ITF reps here in Tokyo. Things are getting dirtier. Transpires Rohan and Sumit could never be an acceptable entry unless one between Rohan and Divij was ill and injured. Why give players false hopes? Why lie to them?

Wow. Some revelation. Lying openly what they will do behind curtain.
That is sad. So sad these officials playing with future of Tennis in India.
Great job @rohanbopanna in exposing them.

I am extremely confused. @rohanbopanna played the Quarters at a major grand slam a few months ago. He’s been a top name of Indian tennis for many years. His entry isn’t sent for the #Olympics & has to miss out. How is this acceptable? Indian tennis really needs better management! https://t.co/ice1HLYYt6

Bottom line is @rohanbopanna and @MirzaSania don’t play. If it were me I would be moving mountains to find a way for him to go considering they were so close last time . Also I don’t think it’s incompetence . They just don’t care.. and if you don’t care you don’t know 🤷🏽‍♂️ https://t.co/jxB5YGl02P

Are you surprised ?? It’s always their word versus the players . And they always remain the constant with no accountability .. this time @rohanbopanna learnt from experience and has proof . But the agenda is always dismiss what the players say 🤷🏽‍♂️ https://t.co/BI9tJFvBqj

​But the allegations were vehemently denied by AITA, with Secretary General Anil Dhupar releasing a statement on the matter late on Monday night.

Dhupar hit back at both Bopanna and Sania, saying that qualification for the Olympics should be achieved by the players with the help of their own performances, which Bopanna never achieved.

He claimed that Bopanna left his qualification in the hands of other players as he was hoping to make it to the Olympics with the help of player withdrawals.

"All formalities started on 17 June and we also wrote, taking a chance that if Sumit being single's player is also entitled to have a doubles partner. So that's why we changed the nomination from Rohan-Divij to Rohan and Sumit for the Tokyo Olympics," Dhupar told Indian media on Monday.

"I don't understand..and where is the problem from the federation. AITA has done its very best to ensure that Rohan and doubles players go to the Olympics so that we also get a chance to play mixed doubles. Entry into the Olympics is not in the hands of the federation. There is law and provisions for that," he added.

Novak Djokovic Confirms He Will Compete in Tokyo Olympics, And Why Winning Gold Matters to Him