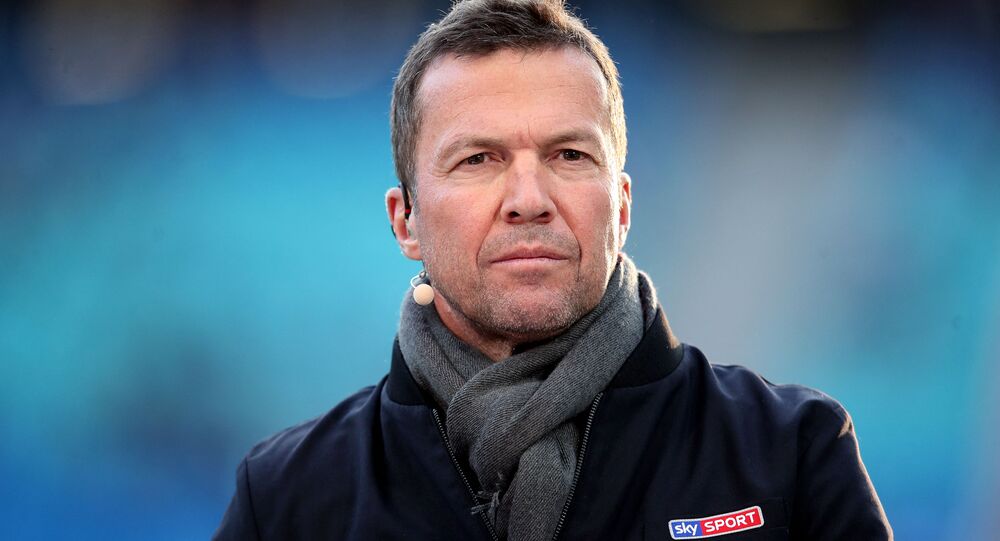 Despite vociferous support from the home crowd, England lost the Euro 2020 final to Italy on penalties at Wembley on Sunday. The Three Lions' defeat to Roberto Mancini's side came as a shock to their huge army of fans, who started to racially abuse the squad's players on social media almost immediately after the loss.

Former Ballon d'Or winner and Germany legend Lothar Matthaus has hammered England fans for their disrespectful conduct towards the home team's opponents throughout the tournament.

According to Matthaus, who led Germany to the FIFA World Cup title in 1990, England supporters "deserve the trauma" of their heartbreaking defeat to Italy because their behaviour lacked sportsmanship, was full of hostility, and was racist at times during the prestigious European tournament.

"English fans were hostile to the little girl in the Germany jersey", Matthaus wrote in a column for the German magazine Sport Bild. "They were whistling [during] the opposing national anthems".

"Denmark's goalkeeper Kasper Schmeichel was blinded with a laser during a penalty that Raheem Sterling dived to get in the semifinals".

"Add to that the racist hostility towards their own players after the final. Dear Englishmen, that was unsportsmanlike behaviour that we did not know from you and never want to see again", he added.

"So, sorry for the players but you deserve the trauma after the final was lost on penalties".

The "little girl in the Germany jersey", Matthaus mentioned in his remarks, referred to a young German supporter, who was seen crying after England beat Germany 2-0 in the Round of 16 of the competition.

Rather than consoling the young girl, English fans mocked her and at times taunted her for Joachim Löw's side's loss, even adding Nazi overtones to some comments.

England supporters were also called out for whistling during the national anthems of rival teams, which incidentally became a regular feature during the event.

Both England boss Gareth Southgate and captain Harry Kane had to make public appeals to fans not to boo opposing teams.

Yet, their requests fell on deaf ears as the English supporters whistled when the Italian national anthem was played before the final at Wembley in London.

Controversy also erupted during England's semifinal triumph over Denmark after their fans tried to distract Kasper Schmeichel by pointing a laser light at him just before a crucial penalty kick.

Following an inquiry, UEFA handed England a $35,000 fine for offences committed during the game.

Trolls blamed the trio for the Three Lions' loss after they missed crucial penalties in the contest on Sunday.

Although former Indian footballer Abdul Khalique didn't totally agree with Matthaus, he admitted that the behaviour of English fans was "unacceptable".

"I would say, I understand the English fans really, really well and like Indian supporters, they are quite vocal in their support", he told Sputnik on Wednesday.

"But there's one thing England's supporters can learn from Indian fans, which is how to respect the opposition. Our supporters will not only stand up for us, but will make sure to applaud the good performances of our rivals", he added.

'I Will Never Apologise for Who I Am': England Striker Marcus Rashford Hits Back After Racist Abuse