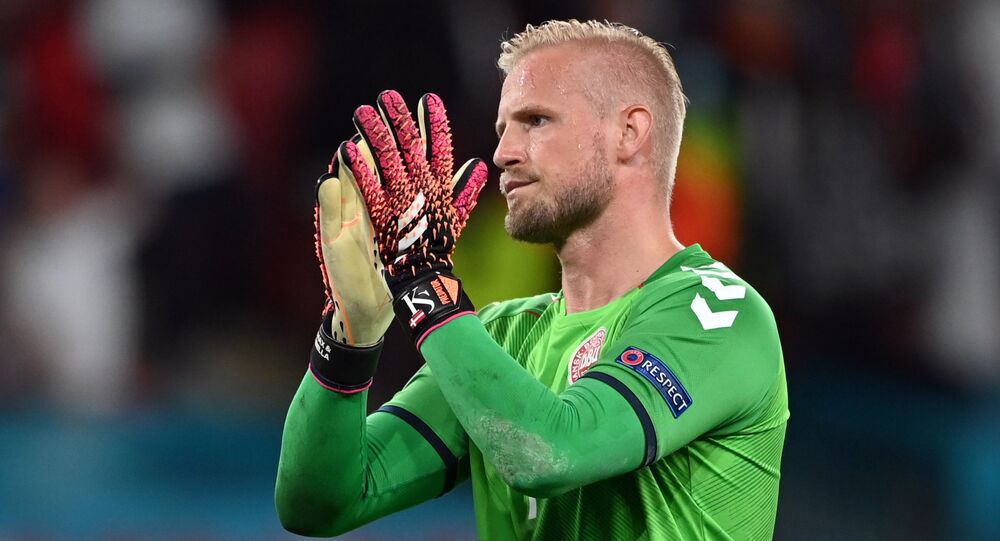 England came back from a goal down to defeat Denmark 2-1 at London’s Wembley stadium on Wednesday night. But the victory has been marred by bad behaviour by England fans.

UEFA has landed England with three charges after a series of incidents during the Euro 2020 semi final with Denmark on Wednesday night.

The most serious charge relates to the pointing of a laser pen at Danish keeper Kasper Schmeichel as he prepared to face Harry Kane’s penalty in extra time.

Schmeichel saved Kane’s initial shot but the England captain netted the rebound to win the match and put the home team through to Sunday’s final against Italy.

CCTV everywhere so the idiot who shone a laser pen at Casper Schmeichel during the penalty should be pictured, identified, prosecuted, jailed, shamed and banned from football for life. Dangerous idiot #Euro2020

​Television pictures, widely shared on social media, showed a green light on Schmeichel's face moments before the penalty although he did not complain to the referee either during the game or afterwards.

Absolutely shocking that this was allowed to happen! Someone used a laser pen on Kasper Schmeichel!!! pic.twitter.com/73goP3J00a

England’s FA has also been charged after the Danish national anthem was booed by some fans and a third charge relates to the lighting of fireworks by a handful of spectators.

In a statement UEFA said: "The case will be dealt with by the Uefa Control, Ethics and Disciplinary Body (CEDB) in due course”.

It is thought the punishment is most likely to be a fine and will not affect England’s place in the final, which is their first in 55 years.

Reading the story about English fans shining a laser pen in Kasper Schmeichel’s face when Kane was taking his penalty.

Gang, if we can’t win fair and square, it’s not winning.

Whoever did it should be banned for life.