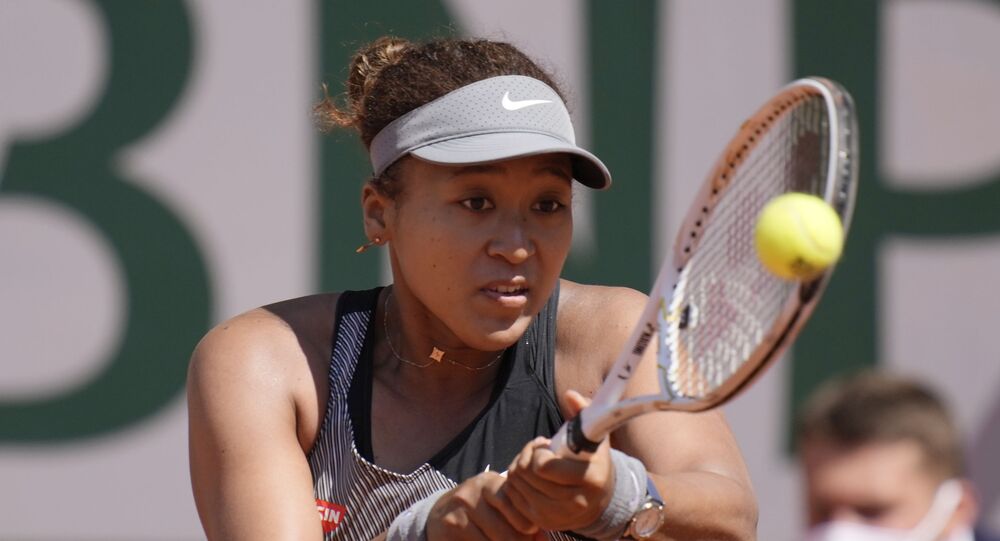 The world's No.2 Naomi Osaka earlier withdrew from the French Open after she was refused permission to dodge mandatory post-match press conferences that she claimed were adding to her anxiety and depression. Her boycott of required media interviews resulted in some $15,000 in fines against the player.

Four-time Grand Slam champion Naomi Osaka will skip the Wimbledon tournament, scheduled at the end of the month, but return for the Tokyo Olympic Games, according to her agent Stuart Duguid.

Thus, the oldest tennis championship in the world has lost another top-rated player after Spanish tennis icon and former world No.1 Rafael Nadal dropped out.

According to Osaka’s agent, the athlete was "taking some personal time with friends and family" this month. Alleviating concerns of fans regarding her future career, Duguid added in an email to AFP:

"She will be ready for the Olympics and excited to play in front of her home fans."

Reacting to the announcement, Wimbledon organisers, the All England Lawn Tennis Club (AELTC), said Osaka would be "greatly missed." Underscoring that they completely understood her decision, AELTC added:

“We wish her a happy time with her friends and family and look forward to welcoming her back to Wimbledon next year."

Speculations had been triggered after Osaka earlier pulled out of a WTA 500 grasscourt tournament in Berlin, seen as a warm-up for the Grand Slam.

The news comes as the Japanese professional tennis player who moved to the United States when she was three years old had quit the French Open last month in a flurry of scandal.

Organisers had fined the 23-year old $15,000 and threatened her with expulsion from the tournament after she sought permission to give press conferences after her matches a wide berth. The pressers, which are mandatory for all tennis players on the Grand Slam circuit, were slammed by Osaka as damaging to her mental health.

She admitted that she had "suffered long bouts of depression" and that she gets "huge waves of anxiety" before putting herself in the line of fire of journalists. The questioning style espoused by many reporters was described by the four-time Grand Slam singles champion as "kicking people when they're down".

"In Paris, I was already feeling vulnerable and anxious so I thought it was better to exercise self-care and skip the press conferences," Osaka had said.

A media firestorm had erupted when Osaka posted her decision on social media to skip press conferences, alluding to "mental health".

​The athlete’s stance had resonated with other tennis stars, like former world No.1 and winner of 23 Grand Slam singles titles, American athlete Serena Williams, who offered her their support. World number one Novak Djokovic praised her as “brave and bold”.