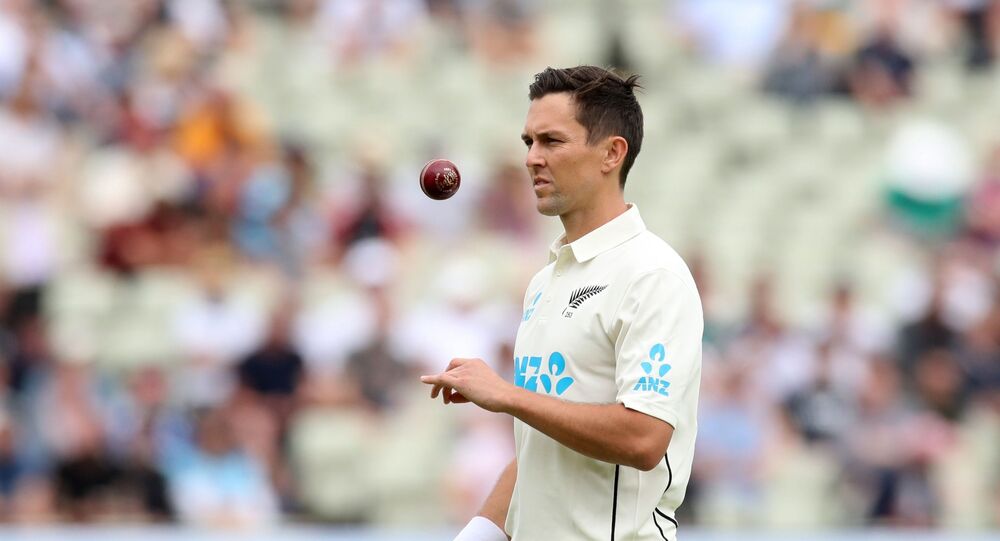 Dubbed the World Cup of Tests, the ICC World Test Championship (WTC) is Test cricket's premier tournament. World No. 1 New Zealand is set to meet second-ranked India in the final of the competition in Southampton.

Indian cricket captain Virat Kohli and his men have their work cut out in the World Test Championship final at the Ageas Bowl in Southampton thanks to New Zealand's world class pace attack, which has thrived in the damp English conditions.

​Speaking to Sputnik on Thursday, Sanjeev said, "India must watch out for Boult's incoming deliveries. His inswingers are extremely tough to deal with, particularly at the start of the innings, when the feet of batsmen don't move at all. So, both Rohit and Gill must play him carefully and with caution."

According to Sanjeev, "Kyle Jamieson will be the other danger man for India as he can extract extra bounce from the Ageas Bowl pitch. With the weathermen forecasting rain for all the five days of the match, Jamieson could be a difficult bowler for India because due to his height, he can find some uneven bounce due to the dampness on the pitch."

However, Sanjeev picked Rohit as India's trump card – he says if Mumbai-born Rohit manages to get some momentum going, he'll be hard to stop.

"Rohit scores quite quickly and has the ability to take the game away from the opposition in no time at all," Sanjeev added.

Both sides have been in great form of late. New Zealand registered an emphatic eight-wicket win at Edgbaston on Sunday, sealing their first series win over England in 22 years.

While India trumped Australia in Australia before coming from behind in the Test series against England at home, showcasing that they're one of the best cricket sides on the planet right now.

Like the Kiwis, India's biggest strength has also been their bowling and according to Sanjeev, India's bowling attack is the best in the world right now.

Once again, India will be hoping to see the likes of Jasprit Bumrah, Mohammed Shami, Ishant Sharma, Ravindra Jadeja and Ravichandran Ashwin step up to the New Zealand challenge and deliver the goods for the nation because a victory in the World Test Championship will be a huge thing for Kohli, considering India hasn't won a major trophy under his leadership.