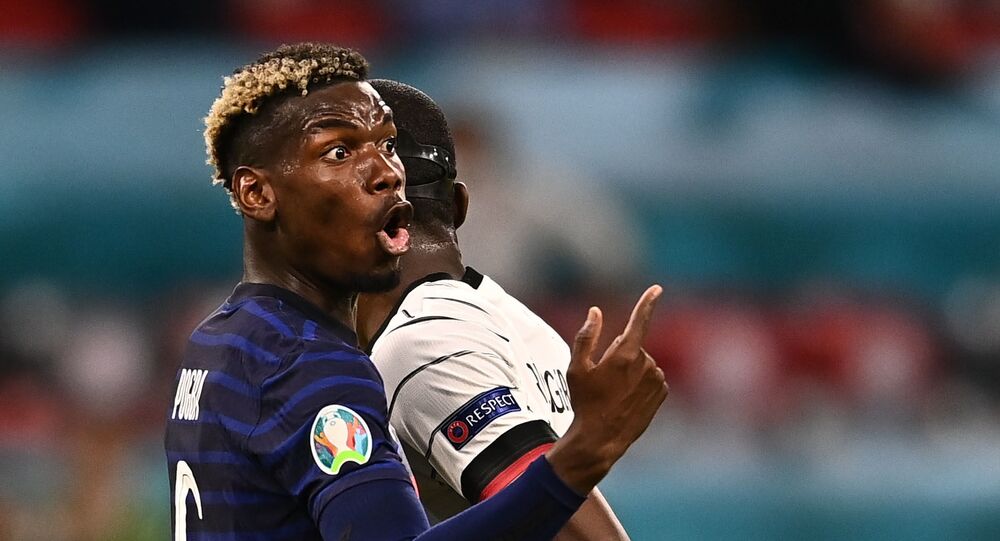 The gesture by the France midfielder who is a practising Muslim has received both criticism and praise after the clip of him removing the alcoholic drink from his table started trending online.

During a press conference in Munich, Paul Pogba sat to answer media questions following the Sunday Euro 2020 match, in which France defeated Germany 1:0.

He removed a bottle of Heineken beer that had been placed in front of him, a day after Portugal captain Cristiano Ronaldo moved aside Coca-Cola in favour of a water bottle.

First Ronaldo with the Coca-Cola...

Now Paul Pogba wasn't happy with the Heineken in front of him at his press conference 🍺❌ pic.twitter.com/SU1ifQPGOP

Do NOT put Coca Cola in front of Cristiano Ronaldo 😠

This is absolutely brilliant 🤣 pic.twitter.com/bw9FYlTOI4

​Social media has since exploded with commentary. Commenters were quick to remind everyone that Paul Pogba is religious and therefore his actions are well-expected.

I largely prefer Ronaldo’s opinion then. Because he thinks about health first of all

It's not about him being copycat. He's pulling off a sarcastic joke.

Muslims do not drink alcohol

Not really about sponsorship. If that was the case he would have removed the coca cola bottles as well coz he endorses Pepsi. Pogba does not take alcohol and to him is haram probably

​Heineken and Coca-Cola are the official sponsors of Euro 2020, which is why the drinks are served at the tournament events.

“Surely this removing of bottles actually gives the brands more advertisement? If Ronaldo or Pogba hadn’t moved the bottles, hardly anyone would have noticed them,” said a Twitter user in response to the Pogba video.

At the time of publication, no commentary has been provided by Coca-Cola or ​Heineken.