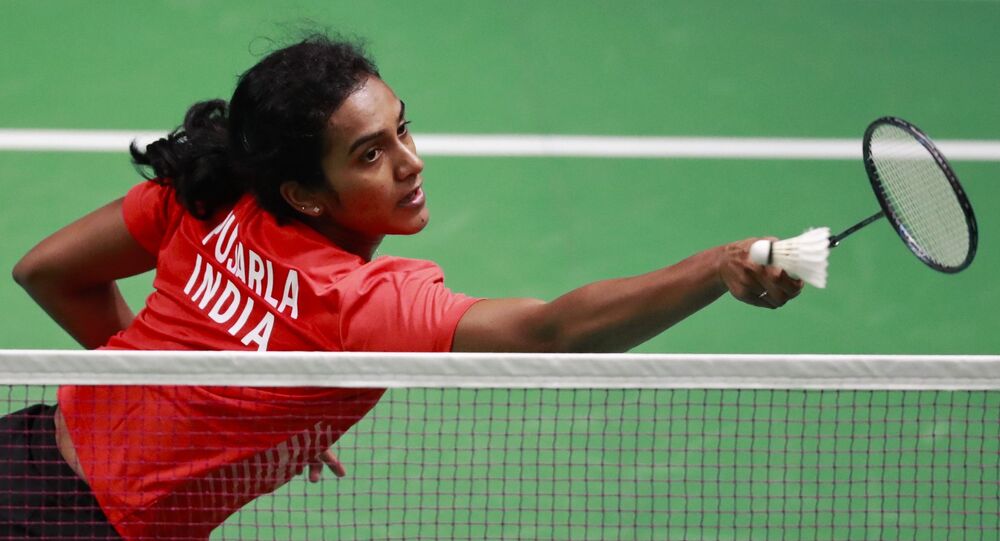 Pusarla Venkata Sindhu, popularly known as P. V. Sindhu, was the first Indian woman to win an Olympic silver medal, accomplishing the feat in the 2016 Rio Games. She is also the first Indian, male or female, to win the World Badminton Championships. India's Hyderabad city-born Sindhu became the Badminton World Champion in 2019.

Ever since three-time world champion Carolina Marin of Spain pulled out of the Tokyo Games, there have been rumours among Indian badminton fans that P. V. Sindhu is now a solid contender to win the gold.

Marion, who defeated Sindhu in the Rio Olympics final to clinch the gold, last week announced that she would not be defending her Olympic title in Tokyo.

Her decision came after she tore her anterior cruciate ligament (ACL) in her left knee while practising inside an indoor stadium in Spain.

Former badminton players have opined that the Spaniard was the biggest obstacle in the Hyderabadi girl's quest for a gold medal because she always had an upper hand over her Indian opponent due to her playing style.

Marin, whose game is built around solid defence, has a 9-5 advantage over Sindhu in their head-to-head clashes, with the Indian suffering a heavy 21-12, 21-5 defeat in their latest match at the Swiss Open final in February.

Former badminton player Abhinn Shyam Gupta, who represented India in the 2004 Olympics in Athens, told Sputnik on Wednesday, "With Carolina Marin's withdrawal from the Olympics, P. V. Sindhu's chances of winning a gold medal in Tokyo have definitely gotten better because she has been her biggest challenger since the Rio Games."

"There's no doubt Sindhu would have felt a sigh of relief after hearing the news of Marin's departure because she is one player who has the ability to beat Sindhu even when she is not playing well."

"So, that way it is really, really good for Sindhu because she will no longer have to face Marin at the Olympics," Gupta explained.

According to noted Indian coach Malvinder Dhillon, in Badminton any player who is in the top-10 can beat even the World No. 1 on a good day.

"Whether Sindhu can win gold at the Olympics or not would come down to her consistency, I mean, if she can sustain her high level of play for prolonged periods throughout the tournament, then she can win the gold," he told Sputnik.

He says for him, Sindhu is not the favourite because she hasn't beaten the likes of two-time All England Badminton champion Nozomi Okuhara, World No. 1 Tai Tzu, Thailand's Ratchanok Intanon and Akane Yamaguchi of Japan for the past 18 months.

"But I still feel that she has got the game to win a medal, maybe a bronze or silver, but whether she can win a gold medal is doubtful."

Dhillon's assessment seems to be based on Sindhu’s struggle against all these women in recent times.

She has a winning record against Yamaguchi as she leads their head-to-head 11-8. But she has lost three of her last four matches against her.

Sindhu won their most recent meeting at the All England Championships in March after somehow managing to survive a war of attrition to clinch a 16-21, 21-16, 21-19 win in 76 minutes.

She even leads Okuhara with nine wins versus the Japanese player's eight. However, their clashes have been really, really close and even for the pundits, it is extremely tough to choose a favourite between them.

On the other hand, Tai Tzu has completely dominated their rivalry and alongside Marin, she has been her biggest challenge on the badminton circuit.

Tai, who is not a counter-puncher like Okuhara, relies on her aggressive style of play to dismantle her rivals on the court.

This is precisely the reason her opponents, including Sindhu, don't have any breathing space between their shots to outhit or overpower her in the rallies.

Barring Sindhu's victory over her in the Round of 16 in Rio, she doesn't have anything significant to show against the Taiwanese, who has a 16-5 advantage over Sindhu in head-to-head career meetings.

Thai player Intanon also has a slight edge over Sindhu with their head-to-head record reading 6-4 in her favour. Intanon also won their most recent clash in the World Tour Finals in Thailand in January.

Sidhu herself seems to agree with Dhillon's assessment that top-10 players in women's badminton are equally good and Marin's exit from the Olympics has not cleared her path to claim a gold medal in Tokyo.

"I must say, in the women's circuit, the top one to 10 are of the same standard," Sindhu told local media recently.

"You can't take it easy if you know that one player is out because of injury. There are a couple of really good players."

"Everybody would be preparing for the Olympics and everybody would want to give their 100% and will be in full form. So from my side I have to keep working hard. I can't relax. I need to just be focused and give my best," she stated.

Despite her recent struggles against all her main opponents, Sindhu would herself hope to win a gold medal in Tokyo because she knows such an opportunity may never arrive again.

She will be 29 years old when the next Olympics in Paris are held, and competing at such a high level would arguably not be possible for her at that age.