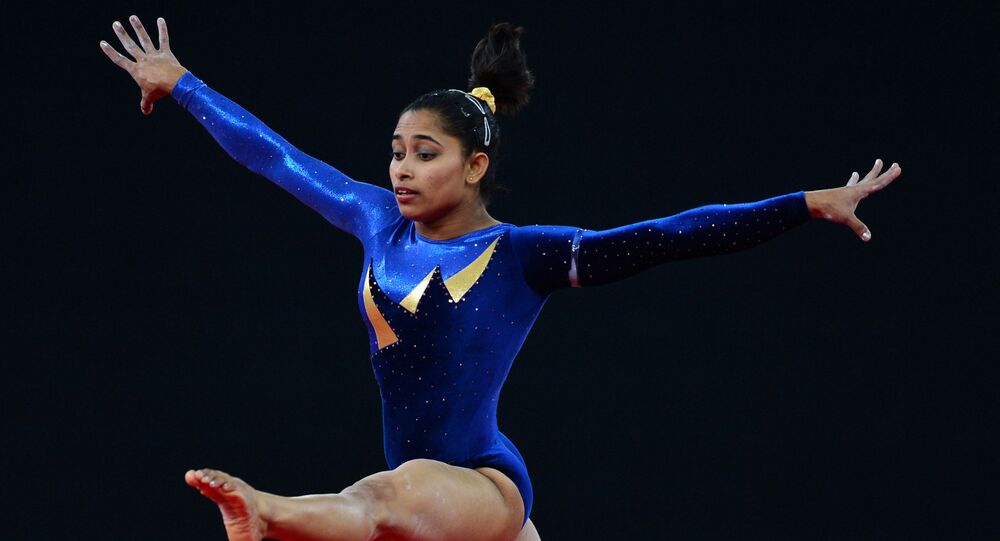 Dipa Karmakar is the first female gymnast to have represented India at the Olympics. She finished fourth in the Women's Vault Gymnastics event at the 2016 Rio Games. In 2018, she made history by winning a gold medal at the FIG Artistic Gymnastics World Challenge Cup in Turkey.

Dipa Karmakar's heroics at the 2018 Olympics in Brazil are now a part of Indian folklore but she made a name for herself before Rio de Janeiro.

The Tripura state-born player first stepped into the limelight during the 2014 Commonwealth Games (CWG) in Glasgow. She won bronze in the Women's Individual Vault competition, becoming the first female Indian gymnast to do so.

However, unfortunately a knee injury put an end to her Tokyo Olympics dream. She's now recovered and is training extensively under her long-time coach B.S. Nandi in her hometown of Agartala, the capital city of Tripura in northeast India. Always an optimist, she's now looking ahead to next year's Commonwealth and Asian Games.

In an interview with Sputnik, Dipa talked about her Tokyo Olympics disappointment, Indian gymnast Pranati Nayak's chances in Japan, and why America's Simone Biles could make history among other things.

Sputnik: What was it like to miss out on the Japan Games?

Sputnik: We hear you're preparing a comeback at next year's Commonwealth Games in England and Asian Games in China...

Dipa Karmakar: As the Coronavirus pandemic is still raging the world, I am not sure if any big gymnastics event will take place this year, except the Olympics in Tokyo. So, yes my next big target will be to first qualify for next year's Commonwealth Games in Birmingham (England) and the Asian Games in Hangzhou, China. But my main goal is to win gold medals at both events. That’s the only way I will be able to overcome my Olympic disappointment.

Sputnik: India's Pranati Nayak is set to compete at the Tokyo Olympics. How do you rate her chances?

Dipa Karmakar: I am really happy and proud of Pranati's achievement because qualifying for the Olympics is amazing. As I have trained with her in the past, I know she is quite capable of putting up a great performance in Tokyo. I would want to see her in the final and from there it is anybody's game. I wish her all the best for the Olympics.

Sputnik: What advice would you give to Pranati ahead of the Tokyo Games?

Dipa Karmakar: You don't get such opportunities every day, representing your country at the Olympics is a big, big honour and Pranati has got this chance. I would say stay focused, fight the odds, and give your best for India.

Sputnik: What changes have you observed in Indian gymnastics since you started?

Dipa Karmakar: The biggest change that I have seen is the recognition that gymnastics and gymnasts are now getting in India. Now gymnastics is quite popular in even non-metro cities. Also, there's a sea-change in the facilities, which have improved a lot in the last five years. Young gymnasts now have access to good coaches which wasn't the case earlier. It is a good time to become a gymnast in India.

Sputnik: Do you think American superstar Simone Biles would once again dominate gymnastics in Tokyo?

Dipa Karmakar: There's no doubt that Simone Biles will put on a spectacular show in Tokyo. In fact, I believe she would perform much better than what she did in Rio, where she won a record four gold medals and a bronze. I think she is going to sweep the gymnastics event this time round and my prediction is that she will win at least five gold medals in Tokyo.