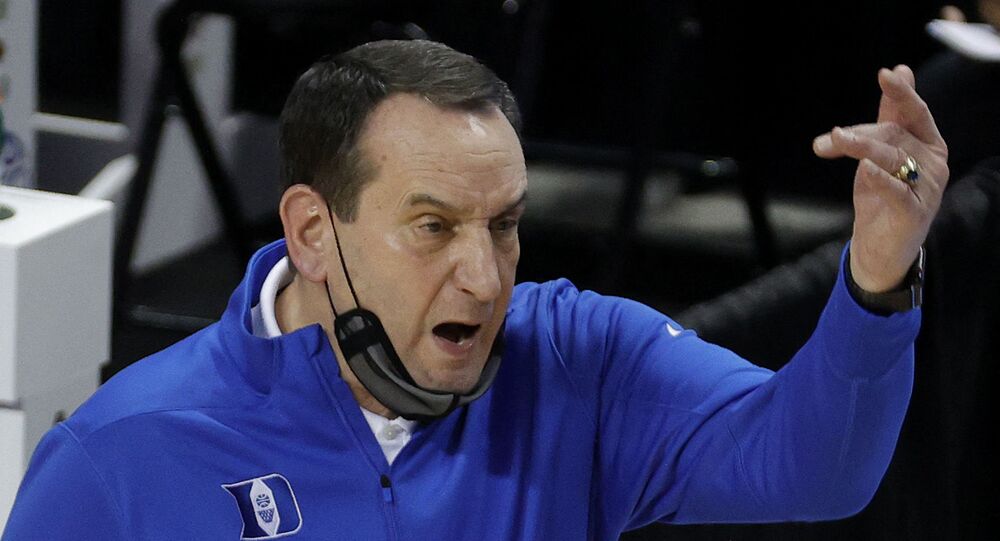 Mike Krzyzewski is the coach of the Blue Devils men's basketball team at Duke University. He also coached the United States men's national basketball team, leading them to three gold medals at the 2008, 2012, and 2016 Summer Olympics.

The coach for Duke's Blue Devils, Mike Krzyzewski, is planning to retire after the end of the 2021-22 basketball season, ESPN reported on Wednesday, citing sources.

According to the report, associate head coach Jon Scheyer is set to take Krzyzewski's place and become the next head coach at Duke.

The sources also specified that Duke had discussed outside candidates, including Harvard coach Tommy Amaker, to replace Krzyzewski, but ended up choosing Scheyer.

Under his mentoring, the US men's national basketball team also secured three gold medals at Summer Olympics of 2008, 2012, and 2016.