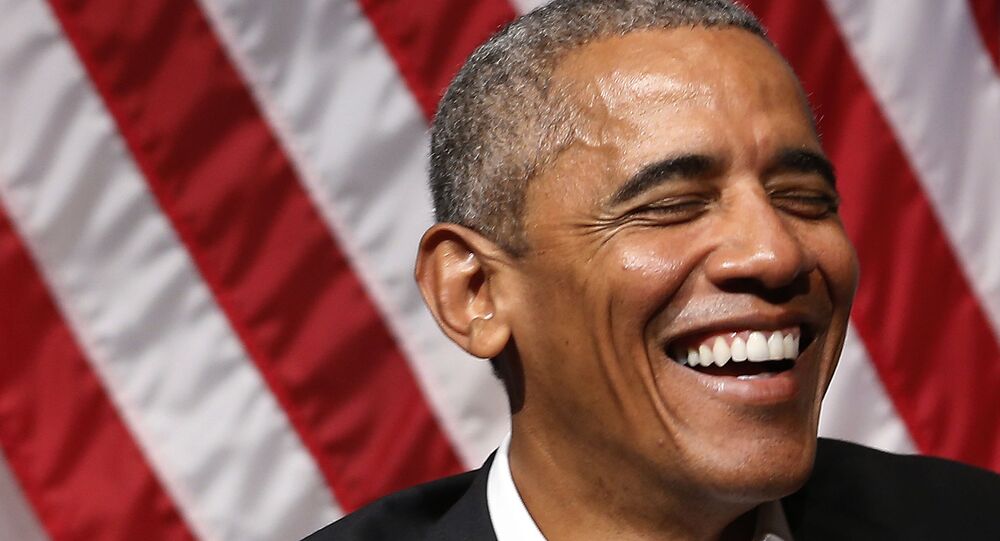 The previous record was set by the Los Angeles Lakers's Lebron James and his high school jersey from his years in St. Vincent-St. Mary's basketball team. The James jersey, reportedly featured on a Sports Illustrated cover in 2002, sold at auction for $187,500.

Former US President Barack Obama's high school basketball jersey is considered to be the most expensive sports jersey that belonged to someone who was not in the National Basketball Association to be sold at auction, the USA Today reported Saturday.

The white jersey with Punahou and the number 233 was auctioned in Beverly Hills, California, by Julien's Auctions, which previously auctioned celebrity memorabilia, including Michael Jackson's iconic red jacket from the "Thriller" music video.

SOLD for $192,000 The high school basketball jersey worn by Barack Obama, who later became the 44th president of the United States. A new World Record for a high school jersey sold at auction!

According to the item's page at the auction house website, Obama wore that jersey during the 1978-1979 basketball season, and his team, with him as a member, won that championship.

In his recently published book "The Promised Land," Obama recalls weekend pickup games often organized at an indoor court at Fort McNair Army Base or the FBI headquarters.

"Those pickup games represented continuity for me. A tether to my old self," wrote Obama.

"The enjoyment that I got playing basketball, was nothing compared to the thrill and stress of rooting for Sasha, fourth-grade rec league team," said Obama, who had a stint coaching and running plays with the team alongside White House Aide and former Duke basketball player Reggie Love.

Obama has expressed his love for basketball many times over the years. Last month, he demonstrated some decent skill shooting three-point balls.