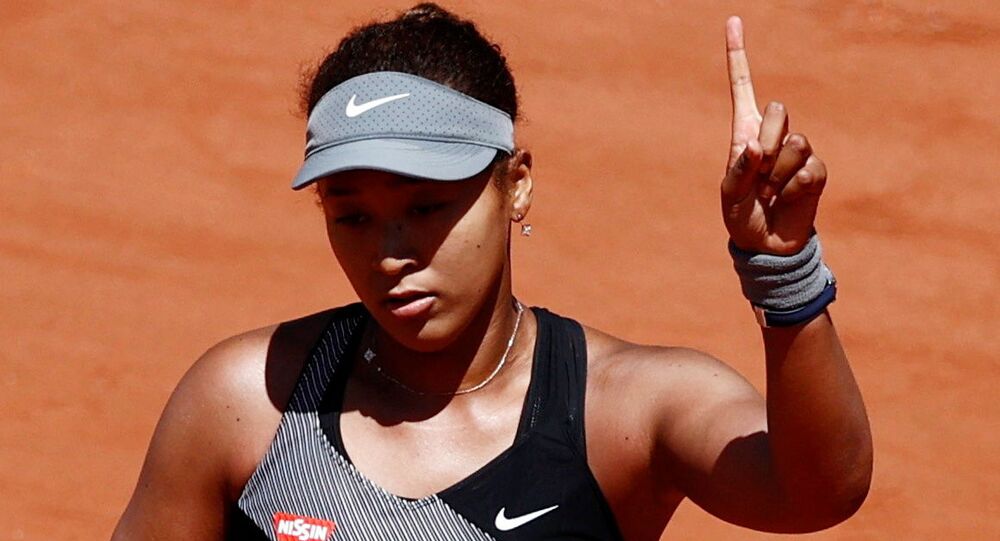 Naomi Osaka has been praised as “brave and bold” by world number one Novak Djokovic after she withdrew from the French Open after she was refused permission to skip the post-match press conferences. Osaka said journalists’ questions were adding to her anxiety and depression.

Naomi Osaka was fined US$15,000 and threatened with disqualification from the French Open after she refused to conduct post-match press conferences.

She claimed the press conferences - which are mandatory for all tennis players on the Grand Slam circuit - were damaging to mental health and described the line of questioning employed by many journalists as "kicking people when they're down."

Osaka said: "In Paris, I was already feeling vulnerable and anxious so I thought it was better to exercise self-care and skip the press conferences."

Osaka, who has 2.3 million followers on Instagram, is not the only sports star to have a fraught relationship with the press.

In the late 1970s and early 80s men’s tennis was dominated by two very different personalities - the cool but monosyllabic Swede, Bjorn Borg, and the bad-tempered American John McEnroe.

When journalists asked Borg questions it was like getting blood out of a stone but McEnroe was almost guaranteed to give reporters a great quote for their headline.

But McEnroe - dubbed SuperBrat by the British press - had a volcanic temper and while it was mainly aimed at match officials, he did occasionally fire it at reporters who asked questions he did not like during press conferences.

In 1981 McEnroe, then 22 and fresh from beating Rod Frawley in the Wimbledon semi-final, was asked by a Fleet Street reporter if he had broken up with his girlfriend, Stacey Margolin.

McEnroe swore at the reporter, flung his chair back and stormed out. That provoked a brawl between tennis journalists and news reporters because those on the sports circuit were angry that a provocative enquiry had prevented McEnroe answering questions about the game itself.

Two years later McEnroe was also fined US$3,500 for clashing with a photographer who was courtside at the French Open.

But things have changed.

This week Novak Djokovic said: "It used to be the (traditional media) was the only way we can reach out to our fans, right, in the last five years or maybe 10 years, it's not the case anymore. We have our own platforms, our own social media accounts through which we are able to communicate directly with fans."

The Argentinian football legend Diego Maradona - who died in November, 2020 - was another mercurial figure who was often belligerent with journalists.

He disliked questions about his personal life or about his increasing use of drugs.

In the run-up to the 1994 World Cup Maradona was really struggling with his fitness and form and was getting a bad press in both Europe and South America.

When reporters camped outside his home in Buenos Aires, Maradona reacted by firing a compressed air-rifle at the press pack.

Several journalists were hit by pellets and received minor injuries. Maradona was later given a suspended prison sentence.

His World Cup was also a disaster. He scored in the opening game against Greece but his bizarre reaction - running up to a camera and screaming demonically - rang the alarm bells with UEFA and Maradona was banned from the rest of the tournament after testing positive for ephedrine, a by-product of cocaine.

Annoying the “baddest man on the planet” in the 1980s or 90s would seem a very unwise thing to do.

“Iron Mike” Tyson was a boxing phenomena but he was also a coiled spring and he often sent journalists running for cover with his aggressive replies to questions.

In 2014 a Canadian reporter who brought up Tyson’s conviction for rape received the following reply on live television: “You come across like a nice guy but you're really a piece of s***. F*** you, that was a piece of s***.”

In October 2019 three Australian rugby players reacted badly to being asked if they could beat England in a World Cup quarter final.

Adam Coleman, Tolu Latu and Lukhan Salakaia-Loto did not like the line of questioning from reporters.

They accused journalists of asking “stupid questions” during an increasingly frosty press conference.

In June 2019 the manager of the New York Mets baseball team Mickey Callaway was having a bad day.

His team had lost 5-3 to the Chicago Cubs and as he left Wrigley Field stadium Newsday reporter Tim Healey innocuously said: “See you tomorrow, Mickey.”

Pitcher Jason Vargas then got involved and threatened Healey: "I'll knock you the f*** out, bro."

He then charged towards the reporter and had to be restrained by team-mates Carlos Gómez and Noah Syndergaard.

Healey was quickly hustled away.