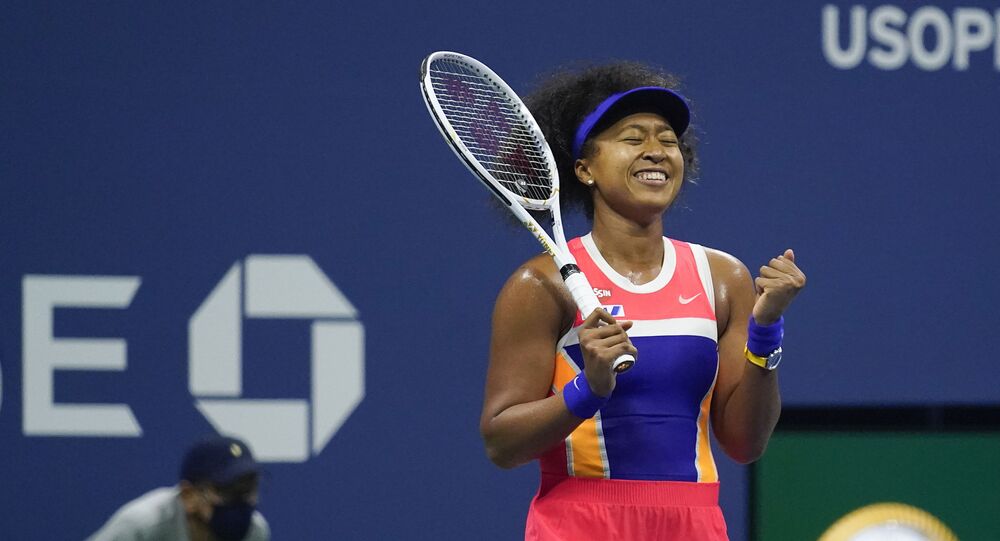 Earlier, four-time tennis Grand Slam singles champion and World No 2 Naomi Osaka was fined $15,000 for skipping a press conference after her first round match at the French Open and was warned that she could be disqualified from the tournament if she boycotts future press conferences.

World No 2 tennis celebrity Naomi Osaka's sister Mari has found herself in hot water after trying to defend the Japanese athlete over her decision to boycott press conferences at the French Open.

Mari Osaka, 25, who is also a former professional tennis player, engaged in a series of posts on Reddit on Sunday evening to explain why her younger sister would not be fulfilling her media commitments at Roland Garros.

Ahead of the Grand Slam, underway from 24 May to the 13 June, Osaka had announced she was not going to be talking to the media, citing mental health issues. She also described post-match “inquests” as akin to “kicking people when they’re down.”

True to her word, the four-time Grand Slam singles champion failed to show up for her post-match press conference following her first round 6-4, 7-6 (7/4) victory over Romanian World No.63 Patricia Maria Tig on Sunday.

She was, accordingly, fined $15,000 for dodging the press by tournament officials.

The 23-year-old, who is the reigning champion at the US Open and the Australian Open, was also threatened with tournament expulsion.

“We have advised Naomi Osaka that should she continue to ignore her media obligations, she would be exposing herself to possible further code of conduct infringement consequences,” said a statement from the four Grand Slam tournaments on Sunday.

Rushing to her sister’s defence, Mari Osaka revealed in her first online post that a comment made by a family member had adversely affected Naomi.

Confirmed with Naomi Osaka’s team that this Reddit post is indeed from her older sister, Mari Osaka. Gives unique insight amid Naomi’s silence.

(Worth noting, probably, that Osaka did not do press after her loss in Rome to Pegula, from what I’ve heard, as she wasn’t requested.) pic.twitter.com/VtYT57bOYS

​“Naomi mentioned to me before the tournament that a family member had come up to her and remarked that she's bad at clay. At every press conference she's told she's has a bad record on clay,” wrote Mari Osaka.

She added that after her sister had lost at the tournament in Rome, her confidence was “completely shattered”, and in order to try and win Roland Garros she needed to “believe that she can.”

“So her solution was to block everything out. No talking to people who is (sic) going to put doubt in her mind. She's protecting her mind hence why it's called mental health. So many people are picky on this term thinking you need to have depression or have some sort of disorder to be able to use the term mental health,” wrote Mari Osaka.

However, immediate online backlash forced Mari to later delete the post and upload a new statement, acknowledging that she had made the situation worse.

...and now Mari Osaka has removed the statement from her Reddit post and replaced it with this. pic.twitter.com/QtPNJnKUO2

​“OK so I f***** up. My words are coming across so horribly to a lot of people who think taking care of mental health is strategic,” Mari wrote, adding:

“I didn't emphasise the fact that Naomi is dealing with a ton of s*** and honestly fighting for the care of mental health in my post so now a lot of people are taking it as ‘She doesn't want to hear criticism,’"

Social media users weighed in on the debate, with some suggesting Naomi Osaka ne3eded to “toughen up mentally”.

This is an insult to all the people with mental illness. She is the highest paid female athlete on the planet. Her record on clay is abysmal. Why would that not be a legitimate line of questioning. It’s not a mental illness and an affront to those who truly struggle.

Medvedev sucks on clay, too, but you don't see him hiding from the press.

If she doesn't want people to tell her she's bad on clay (which she is), get better. Play 250s and get more matches in. Hire a sports psychologist. Don't weaponize and trivialize mental health struggles.

Unless she toughens up mentally she will not meet her full potential, imagine rafa, Roger or djokovic allowing the comments of journalists affect them mentally. She needs a proper sports psychologist or this won't end well.

Obviously Osaka is dealing with some major personal issues, she needs to take a break from the game and work on herself personally. Hopefully she gets better soon!

Naomi Osaka herself tweeted a response to the warning issued by the four Grand Slams to say that “anger is a lack of understanding”.

anger is a lack of understanding. change makes people uncomfortable.