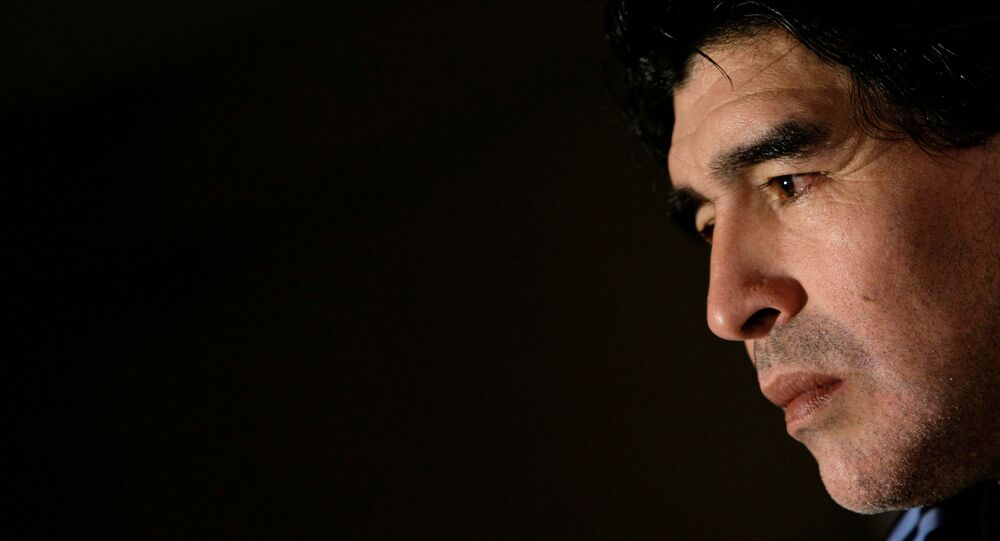 Earlier this month, the football legend successfully underwent emergency brain surgery to remove a blood clot due to a subdural hematoma.

Legendary Argentine football player and manager Diego Maradona has died as a result of a cardiac arrest, his relatives confirmed. Earlier, several Argentinian media outlets reported that the former athlete had suffered a major health crisis.

The Argentine Football Association has expressed its regret over the death of "our legend", noting that he will "always be in our hearts".

Argentina’s President Alberto Fernández has announced three days of mourning in the country over the death of Maradona.

The sports legend was 60 years old and had recently been discharged from hospital after successfully undergoing brain surgery. Maradona was admitted to hospital on 2 November 2020 and was released on 12 November after being treated for a subdural hematoma and the removal of a blood clot from the brain.

Doctors continued to observe the patient after he was released, but it is unclear how long this went on for. It is also unknown if the reported health crisis that preceded his death was linked to the surgery or any underlying condition of the former athlete.

© REUTERS / Eric Gaillard
Former soccer star Diego Maradona balances a soccer ball on his head during a photocall for "Maradona by Kusturica" by Serbian director Emir Kusturica at the 61st Cannes Film Festival May 20, 2008. REUTERS/Eric Gaillard

The athlete suffered heart problems back in 2000 that were largely caused by his addiction to cocaine. In addition, he suffered from obesity and alcoholism at one point in his life, but eventually managed to overcome his addictions, announcing in 2007 that he had been clean for over 2.5 years.

Maradona’s rise as a legendary football player started in the late 1970s when he became the youngest player to enter Argentina’s Primera División at only 15 years of age. He shot to fame in the 1980s, reaching his peak as captain for the Argentinian team in the 1986 World Cup in Mexico, which he greatly helped his team to win.

In a famous match against England's team in the quarter-finals, he scored two legendary goals – one of them with his fist, which was later named the "Hand of God", and the other one carried out from the whooping distance of 60 metres, bypassing five defenders on the opposing team.

His career took a dramatic dive after he was disqualified from the 1994 World Cup for doping and struggled to cope with his addictions. But he made a surprising comeback in 2008, after becoming clean and taking on the mantle of a football coach.